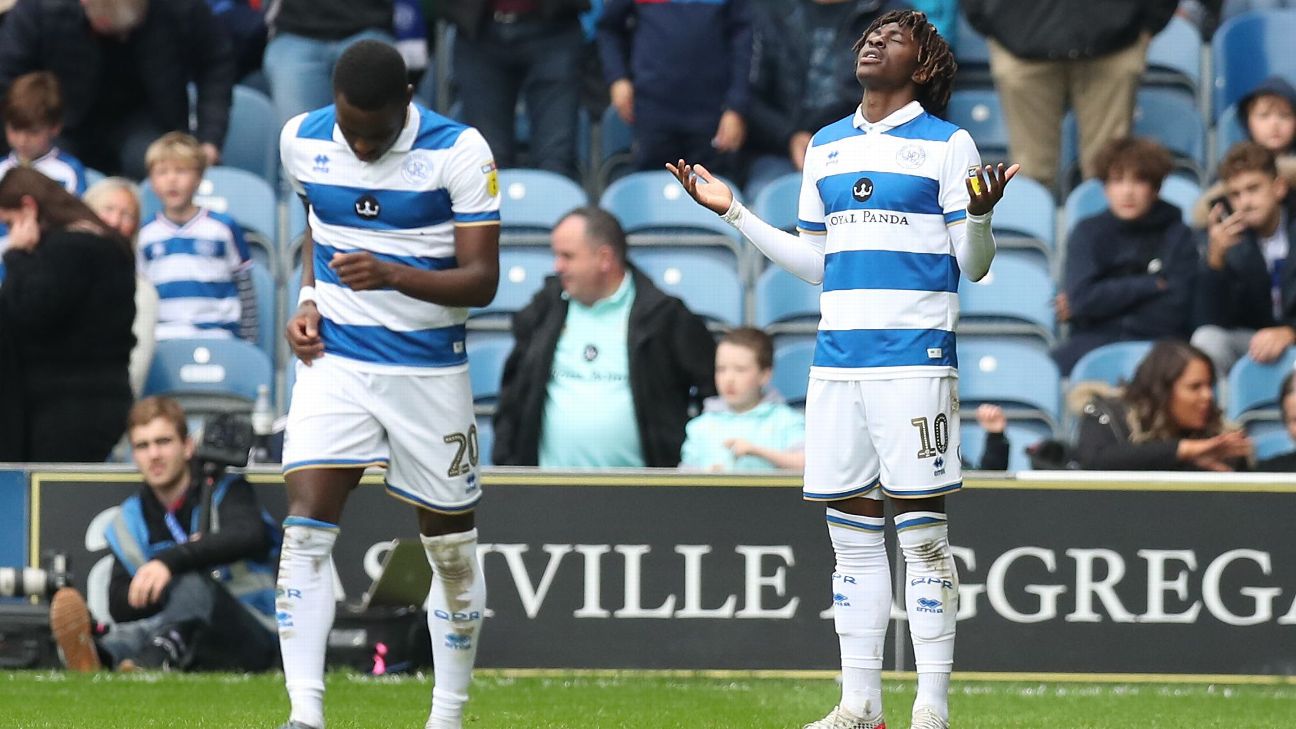 October was not as fiery a month for Nigerian players as September was, but it did kick up some stirring performances and not a few goals of the eye-candy variety.

With Victor Osimhen cooling off slightly, there were more than enough players to pick up the slack. Dennis Bonaventure plundered a brace against Real Madrid in the UEFA Champions League, Stephen Odey scored against Barcelona, and Moses Simon was on fire for Nantes in the French Ligue 1.

And it was not just forwards who were scoring.

Stephen Eze, who dropped out of the Nigeria Power Rankings in September, powered back in on the back of excellent defensive work and another two goals to his tally.

All of that has led to some major jostling in the Power Rankings for October, with a lot of players dropping off and new players forcing their way in.

And, yes, we have a new No. 1 for the first time in two months, with Osimhen dislodged from his spot as top dog.

His replacement is not a Nigeria international. At least, not yet. But at this rate, and with the sort of performances he is producing, it will become more and more difficult for national team coach Gernot Rohr to find any justifiable reason to continue overlooking Ebere Eze for a call up to the Super Eagles.

Yes, Queens Park Rangers’ Eze not only breaks into the rankings but takes over top spot this month; it is a richly deserved win for the midfielder.

Eze scored three goals in five games in October, but his ranking is based on more than goals alone. Against Hull City, the 21-year-old put up a masterclass in midfield play while also winning and dispatching two penalty kicks as the R’s came from behind to win on Humberside.

Also coming in from outside the September rankings, and claiming second spot, is Moses Simon.

Such has been the seamless transition that Simon has made to life in France, it is hard to believe that the wide frontman joined Ligue 1 side Nantes from Levante only in the summer transfer window.

Simon opened October with a goal against Nice, followed that up with an assist for Joseph Aribo in Nigeria’s 1-1 draw with Brazil, and then struck a hat-trick and an assist against Paris FC in the French Cup.

Club Brugge’s Bonaventure comes in at third, helped mightily by that barnstorming display against Real Madrid. He was to score only one more goal during the month, but showed more than enough consistency to earn his place.

Just behind him comes former youth international Sadiq Umar, who is flourishing with Partizan Belgrade in Serbia having previously failed to find his feet at Rangers in Scotland. He hit back-to-back braces, although the first was in September. The second, however, was against Astana in the Europa League.

Osimhen drops all the way down to fifth, hampered by a cold October even though he opened the month with a goal against Chelsea in the Champions League.

In sixth, and returning to the Top 10 after missing out last month, is Lokomotiv Plovdiv defender Stephen Eze, who continues to impress in Bulgaria as his club, sitting in third behind Ludogortes and Levski Sofia, chase up on the title and European football next season.

He is followed by another defender, William Troost-Ekong, who was named in the penultimate Serie A Team of the Week despite Udinese’s struggling fortunes.

Wilfred Ndidi continues to be an ever present for his consistency with high-flying Leicester City, and Semi Ajayi completes a list of four defensive players in the top 10.

Club Brugge’s David Okereke claims the final spot to give Brugges two players in the list.

Moreno: Arteta's job ahead will be 'a nightmare'