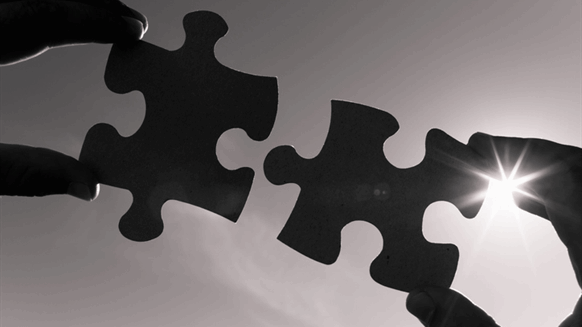 Saipem is considering a combination with rival Subsea 7 to create a larger European oil services provider, people with knowledge of the matter said.

(Bloomberg) — Saipem SpA is considering a combination with rival Subsea 7 SA to create a larger European oil services provider, people with knowledge of the matter said.

The Italian company is pursuing a potential deal with Norway-listed Subsea 7 as it seeks to bulk up and weather an industry downturn, according to the people, who asked not to be identified because the information is private. Subsea 7 rose as much as 8.4% in Oslo trading, the biggest intraday gain in more than two years, and has a market value of about $3.3 billion. Saipem gained as much as 5.3%.

Saipem, whose biggest shareholder is Italian energy giant Eni SpA, is valued at about $4.9 billion. No final decisions have been made, and there’s no certainty the deliberations will lead to a transaction, according to the people.

A tie-up by the companies would be among the biggest oil services deals ever in Europe.

Saipem and Subsea 7 have held talks about a merger in previous years, though they failed to reach an agreement, the people said.

Representatives for Saipem, Subsea 7 and Eni declined to comment.

Oil services providers, which supply energy explorers and producers with equipment and expertise, have been hit hard by the drop in crude prices, as their clients have cut spending on everything from drilling rigs to support platforms. The price of Brent crude has fallen about 28% from a five-year peak in October 2018.

Companies in the sector have been seeking to bulk up in order to cut costs, diversify and become more competitive.

Subsea 7, led by Chairman Kristian Siem, made a failed attempt last year to take over McDermott International Inc. for $2 billion. Since then Subsea 7 has made some smaller acquisitions in its effort to expand through dealmaking, buying technology provider 4Subsea in October for an undisclosed sum.

–With assistance from Kiel Porter.

Dinesh Nair in London at dnair5@bloomberg.net