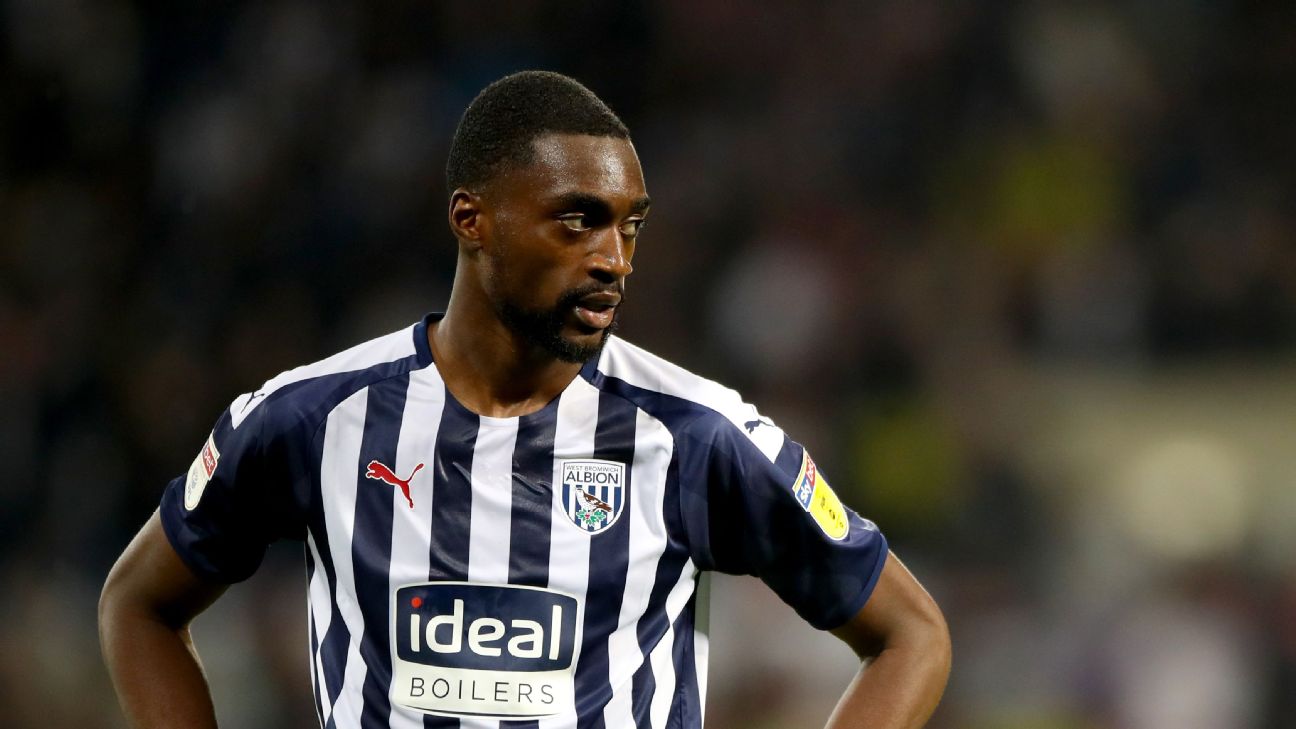 Oluwasemilogo ‘Semi’ Ajayi may be gentle and somewhat self-effacing off the pitch, but on it the West Bromwich Albion defender is a monstrous beast of a man, using his 1.93m, 83kg frame to its most devastating advantage.

The Nigeria cenreback is a study in contrasts, with his calm demeanour disappearing the minute he puts his cleats on. Teammates regularly comment on his hard-nosed approach to training, and it is a trait that serves him well as he has all but snatched a starting Super Eagles jersey away from his rivals.

One such colleague, and friend, is Stoke City’s Oghenekaro Etebo, who has nothing but respect for Ajayi’s talent and application.

“He is always very hardworking in training when we are in camp,” Etebo told ESPN. “I would say that 95 percent of the time, we are almost always on the same side in training and I can see how much work he is doing.

“The few times that we play against each other, we win almost the same number of interceptions and tackles. so I would say that there is not much difference between us.”

On Monday Ajayi’s West Brom come up against Etebo’s Stoke in a Championship fixture. Unfortunately for him, Etebo is injured and unable to take part in third leg of what has been an even contest between the pair so far.

He is disappointed to miss a chance to oppose his international teammate again: “I would have loved to play against him this week.

“We played against each other [twice] when he was at Rotherham and it was a draw. I am disappointed not to be able to face him in his new club.”

Both those meetings ended in a draw and Etebo is confident this one would have been his opportunity to get one up on his fellow defender.

“This time, I will be there as a fan supporting my team and I wish him well and hope he has a good game, but I am sure why team will win, so he will go home disappointed with the result but I hope he plays well,” he hedged.

Playing well is something Ajayi has now made second nature. For club, it earned him his summer move to WBA, and for country it has cemented his place at last.

Dropped from the final Nigeria squad for this year’s Africa Cup of Nations, where the Super Eagles finished third, the 25-year-old shook off the disappointment to come storming back and has now featured in two consecutive games as starting centreback.

It is a position he is gradually beginning to make his own. And it has left Nigeria coach Gernot Rohr with the makings of an almighty headache.

“Now we have to see who to play there,” the Nigeria coach told ESPN. “It is good to have competition for the starting positions. We make a decision when all the players are with the group.”

Even if he does not win a starting spot, that statement is compliment enough about for Ajayi’s abilities, dedication and application.

But first, he has to contend with the small matter of helping league leaders WBA dispose of relegation-fighting Stoke City and he says that every experience is a chance to learn and improve.

Ajayi told ESPN: “As a young player, you try to improve. The more you play the more you learn about yourself and I have been at Charlton, Arsenal, Cardiff and a few others and each one has been a learning experience for me.

“And what I am now and how I play is a combination of all the experience and the lessons I have taken from all of those clubs and experiences.”

He hasn’t scored since September, being a defender and all, but this could be just the time to end that streak and preserve the Baggies’ lead at the top of the table in their fight for promotion.

Not that Etebo would be very happy about that, although the Stoke man says the season is still a long way from being decided.

“We are not even halfway to the season yet. There is a still a lot of games to play and I am sure we cannot assess ourselves until we have played at least half season.”

Lewandowski the key to Chelsea vs. Bayern

Shaka's Power Rankings give no love to World Cup champs