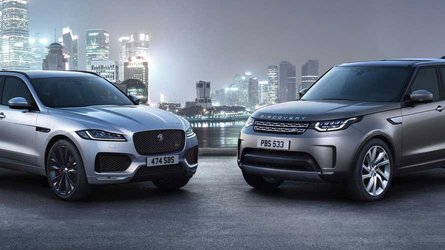 Jaguar Land Rover is definitely not in the position the company wants to be. Sales of the British automaker in key markets such as China are down, forcing it to cut about 4,500 jobs. The shift to electrification and autonomous vehicles adds further to the challenging situation and mother company Tata is actively looking for alternative ways to help its indebted child. According to a new report, the Indian conglomerate has approached different companies from the automotive industry seeking a new partnership.

Citing people, who asked “not to be identified because the information is private,” Bloomberg claims China’s Geely and BMW are among the automakers Tata has contacted. Unofficial information says the deliberations are at very early stages and Tata could approach other potential partners. At this point, it’s not clear whether either Geely or BMW has an interest in deeper discussions with the Indian firm.

“Carmakers need to invest a lot of money in developing new technology, and Tata doesn’t have deep pockets to keep funding development,” Deepesh Rathore, an independent auto analyst based in Bangalore, India, commented to Bloomberg. “You don’t want to be left behind, especially in the luxury segment, and at the same time, Tata doesn’t want to let go of JLR, which is its crown jewel.”

Obviously, it’s a tricky situation – Tata is not happy with JLR’s current performance and knows it needs to invest massive amounts of money to make the British carmaker competitive in the new era of electrified technologies. Jaguar Land Rover has committed to an ambitious strategy to offer an electric variant of every new model it launches from next year.

If the report is true and there are indeed talks between Tata and different major players in the industry, we could see yet another combination this year following the 50:50 merger between FCA and PSA from late last month.

These SUVs-Turned-Sedans Honor The Decline Of The Passenger Car