These 10 Vehicles Depreciate The Least Over Five Years 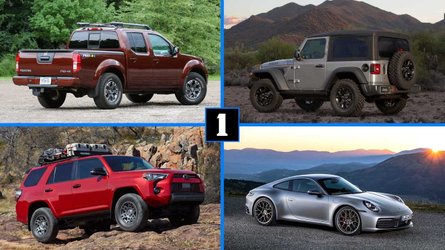 A couple of weeks ago we featured a study from iseecars.com that showcased vehicles with the worst short-term depreciation. By that, we mean new cars that hemorrhage value over a period of five years, and the entire list was pretty much in the 70-percent range. The study also included 10 vehicles suffering the least depreciation, and that’s the slideshow we present for your consideration here.

These machines fare much better over the same five-year period, but they still aren’t immune to the monetary gut-punch that happens as soon as you drive a new car off the lot. Once a vehicle is sold, even if there are just 10 miles on the odometer it loses value because it’s no longer titled as a new car. As such, over a five-year span this study reveals even the strongest value-champions lose a third of their price on average. Still, it’s better than losing two-thrids.

Just as we saw with the worst-depreciating list, there are some very clear trends and favored manufacturers that stand out from the crowd. Trucks and SUVs dominate the group, but there are some interesting surprises as well. Jump into the slideshow above as we go from best to best-of-the-best in the new-car depreciation fold.

Mercedes Teases Retro AMG G-Class, But It’s Not What It Looks Like

AMG Is Coming After The Porsche Panamera’s Nürburgring Record