Mentally Ill And Undocumented: At Higher Risk Of Deportation : Shots 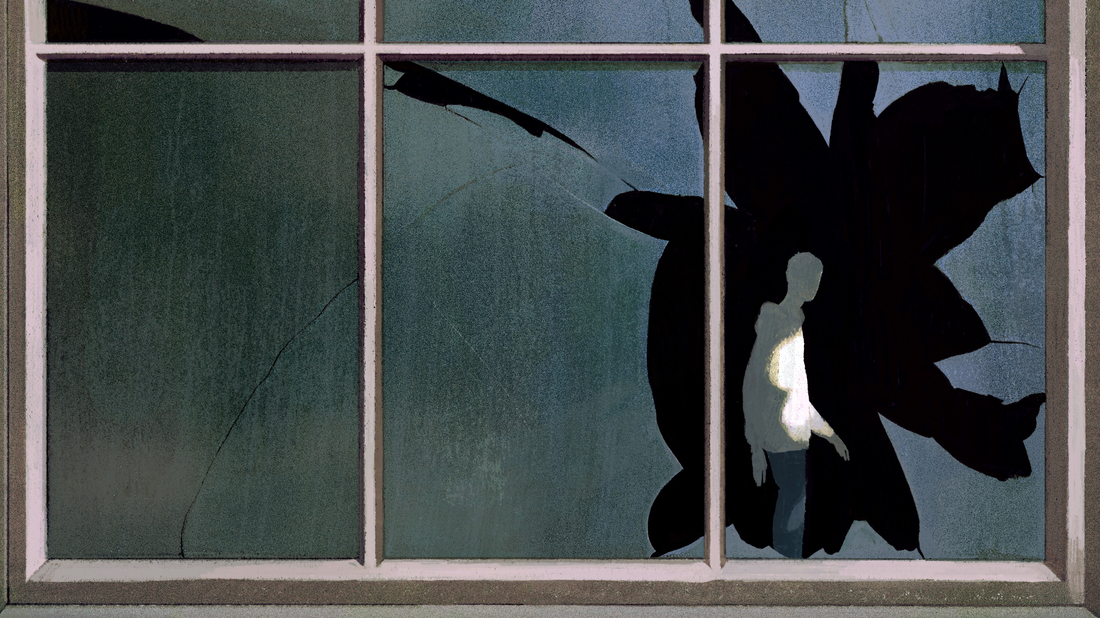 José’s son, who has schizophrenia, recently got into a fight that resulted in a broken window — an out-of-control moment from his struggle with mental illness. And it could increase his chances of deportation to a country where mental health care is even more elusive. 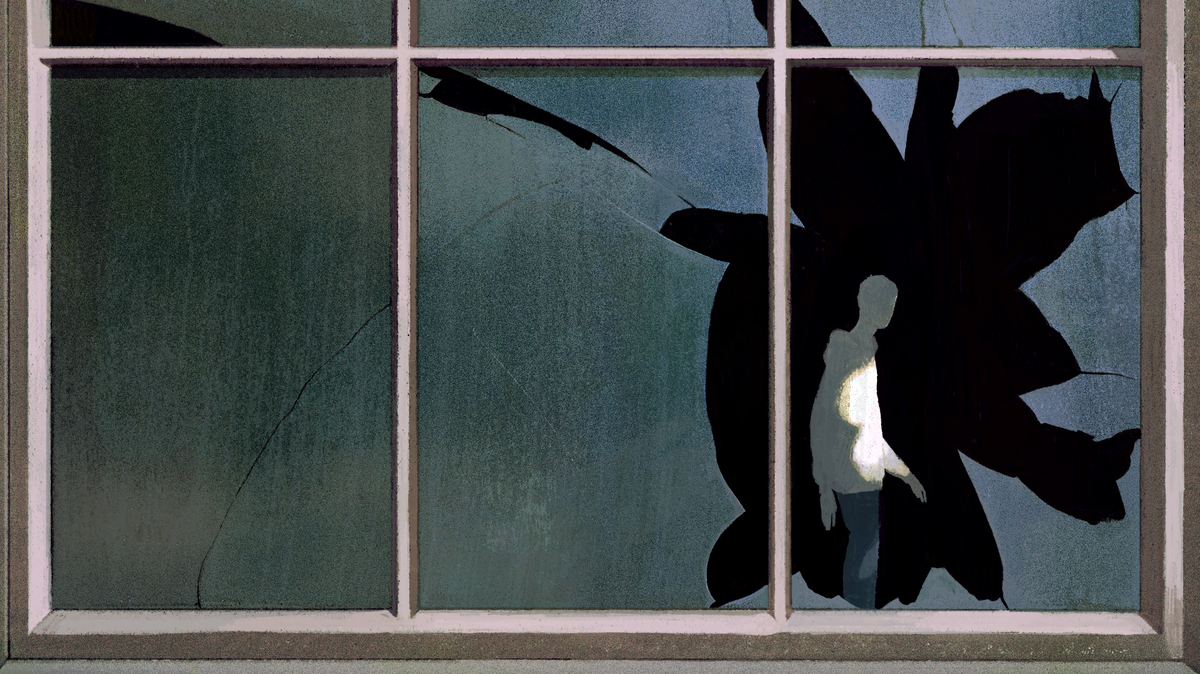 José’s son, who has schizophrenia, recently got into a fight that resulted in a broken window — an out-of-control moment from his struggle with mental illness. And it could increase his chances of deportation to a country where mental health care is even more elusive.

When José moved his family to the United States from Mexico nearly two decades ago, he had hopes of giving his children a better life.

But now he worries about the future of his 21-year-old-son, who has lived in central Illinois since he was a toddler. José’s son has a criminal record, which could make him a target for deportation officials. We’re not using the son’s name because of those risks, and are using the father’s middle name, José, because both men are in the U.S. without permission.

José’s son was diagnosed with schizophrenia and bipolar disorder last year and has faced barriers to getting affordable treatment, in part because he doesn’t have legal status. His untreated condition has led to scrapes with the law.

Mental health advocates say many people with untreated mental illness run the risk of cycling in and out of the criminal justice system, and the situation is particularly fraught for those without legal status.

“If he gets deported he’d practically be lost in Mexico, because he doesn’t know Mexico,” says José, speaking through an interpreter. “I brought him here very young and, with his illness, where is he going to go? He’s likely to end up on the street.”

José’s son has spent several weeks in jail and numerous days in court over the past year.

On the most recent occasion, the young man sat nervously in the front row of a courtroom in the Champaign County courthouse. Wearing a white button-down shirt and dress pants, his hair parted neatly, he stared at the floor while he waited for the judge to enter.

That day, he pleaded guilty to a criminal charge of property damage. The incident took place at his parents’ house earlier that year. He had gotten into a fight with his brother-in-law and broke a window. His father says it was yet another out-of-control moment from his son’s recent struggles with mental illness.

Before beginning proceedings, the judge read a warning aloud — something that is now standard practice to make sure noncitizens are aware that they could face deportation (or be denied citizenship or re-entry to the U.S.) if they plead guilty in court.

After the hearing, he agreed to an interview.

Just a couple of years ago, he says, his life was good: He was living on his own, working, and taking classes at community college. But all that changed when he started hearing voices and began struggling to keep his grip on reality. He withdrew from his friends and family, including his dad.

One time, he began driving erratically, thinking his car was telling him what to do. A month after that episode, he started having urges to kill himself and sometimes felt like hurting others.

In 2018, he was hospitalized twice, and finally got diagnosed with schizophrenia and bipolar disorder.

José says that during this time, his son — who had always been respectful and kind — grew increasingly argumentative and even threatened to hurt his parents. The psychiatric hospitalizations didn’t seem to make a difference.

José’s son says he met with a therapist a few times and was taking the medication he was prescribed in the hospital. He was also using marijuana to cope, he says.

The prescribed medication helped, he says, but without insurance, he couldn’t afford to pay the $180 monthly cost. When he stopped the meds, he struggled, and continued getting into trouble with the police.

For people who are both undocumented and living with a mental illness, the situation is “particularly excruciating,” says Carrie Chapman, an attorney and advocate with the Legal Council for Health Justice in Chicago, who represents many clients like José’s son.

“If you have a mental illness that makes it difficult for you to control behaviors, you can end up in the criminal justice system,” Chapman says.

People with mental illness make up only a small percentage of violent offenders — they are actually more likely, compared to the general population, to be a victim of a violent crime.

Chapman says the stakes are extremely high when people without legal status enter the criminal justice system: they risk getting deported to a country where they may not speak the language, or where it’s even more difficult to obtain quality mental health care.

“It could be a death sentence for them there,” Chapman says. “It’s an incredible crisis, that such a vulnerable young person with serious mental illness falls through the cracks.”

An estimated 4.1 million adults under the age of 65 who live in the U.S. are ineligible for Medicaid or marketplace coverage under the Affordable Care Act because of their immigration status, according to the Kaiser Family Foundation.

Among them are those who are undocumented and other immigrants who otherwise do not fall into one of the federal categories as lawfully in the U.S. People who are protected from deportation through the federal government’s Deferred Action for Childhood Arrivals policy, or DACA, also are ineligible for coverage under those programs.

For many people in all those groups, affordable health care is out of reach.

Some states have opened up access to Medicaid to undocumented children, including Illinois, California, Massachusetts, New York, Oregon, Washington and the District of Columbia, according to the National State Conference of Legislatures. But they lose that coverage at age 19, except in California, which recently expanded eligibility through age 25.

For those who can’t get access to affordable health insurance because of their undocumented status, medical care is largely limited to emergency services and treatments covered by charity care or provided by community health centers.

It’s unclear how many people have been deported because of issues linked to mental illness; good records are not available, says Talia Inlender, an attorney for immigrants’ rights with the Los Angeles-based pro bono law firm Public Counsel. But estimates from the ACLU suggest that tens of thousands of immigrants deported each year have a mental disability.

Inlender, who represents people who have mental health disabilities in deportation hearings, says when the lack of access to community-based treatment eventually leads to a person being detained in an immigration facility, that person risks further deterioration because many facilities are not equipped to provide the needed care.

On top of that, she says, immigrants facing deportation in most states don’t generally have a right to public counsel during the removal proceedings and have to represent themselves. Inlender points out that an immigrant with a mental disability could be particularly vulnerable without the help of a lawyer.

(Following a class-action lawsuit, the states of Washington, California and Arizona did establish a right to counsel for immigrants with mental illness facing deportation. For those in other states, there’s a federal program that tries to provide the same right to counsel, but it’s only for detained immigrants who have been properly screened.)

Chapman and other advocates for immigrants’ rights say expanding Medicaid to cover everyone who otherwise qualifies — regardless of legal status — and creating a broader pathway to U.S. citizenship would be good first steps toward helping people like José’s son.

“Everything else is kind of a ‘spit and duct tape’ attempt by families and advocates to get somebody what they need,” Chapman says.

Critics of the push to expand Medicaid to cover more undocumented people object to the costs, and argue that the money should be spent, instead, on those living in the country legally. (California’s move to expand Medicaid through age 25 will cost the state around $98 million, according to some estimates.)

As for José’s son, he recently found a pharmacy that offers a cheaper version of the prescription drug he needs to treat his mental health condition — so he’s back on medication and feeling better.

He now works as a landscaper and hopes to get back to college someday to study business. But he fears his criminal record could stand in the way of those goals, and he’s aware that his history makes him a target for immigration sweeps.

José says his greatest fear is that his son will end up back in Mexico — away from family and friends, in a country he knows little about.

“There are thousands of people going through these issues … and they’re in the same situation,” José says. “They’re in the dark, not knowing what to do, where to go, or who to ask for help.”

This story is part of NPR’s reporting partnership with Side Effects Public Media, Illinois Public Medica and Kaiser Health News. Christine Herman is a recipient of a Rosalynn Carter fellowship for mental health journalism. Follow her on Twitter: @CTHerman

Where’s The CDC Gone, As The Leader Of Coronavirus Policy And Communication? : Shots

Are You Pregnant and Concerned About Coronavirus? Tell Us Your Concerns.

Ebola Flares Up Amid Attacks On Health Workers In Congo