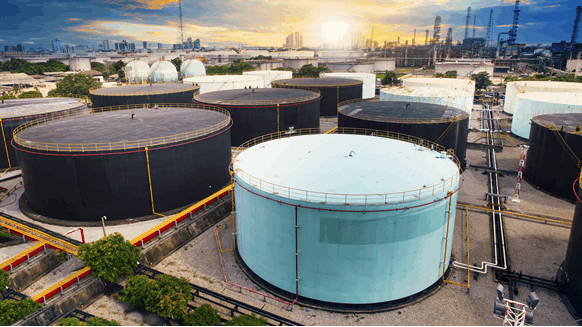 Both the WTI and Brent grades exhibited “topsy-turvy” behavior during the holiday-shortened trade week, Tom Seng, Assistant Professor of Energy Business with the University of Tulsa’s Collins College of Business, told Rigzone.

“Competing and conflicting signals kept the market on its toes as the week started out lower then rose, fell again and rallied higher today,” Seng said. “The market continues to react to statements about the progress or, a lack thereof, on a trade deal between the U.S. and China. Today’ White House Chief Economist Larry Kudlow pronounced that there are positive signs coming out of the negotiations.”

Meanwhile, Seng observed that oil market players are looking toward next month’s OPEC+ meeting where the cartel and its associates are expected to agree to maintain current output levels through 2020.

“The current quota caps expire in March, and the bigger question is whether or not Saudi Arabia will keep further cuts – seen as a move to help bolster its recent initial public offering,” he explained. “OPEC sees future demand for their oil dropping by 1.1 million barrels per day (bpd) and may seek further cuts to output to stabilize prices. However, in their 2019 World Oil Outlook, the cartel also sees declining global production, citing a slowdown in U.S. shale production as a factor, among others.”

The International Energy Agency (IEA), in its annual World Energy Outlook Report, states that – even with slowing U.S. shale oil production growth – the U.S. will still lead global production growth and affect the market share that OPEC and Russia now control, added Seng. He also pointed out that IEA continues to forecast sustained oil demand growth through the 2030s.

Seng added that EIA has raised its 2020 oil growth forecast from 910,000 to 1.1 million bpd. In addition, he said the WTI/Brent spread has risen to approximately the $5.55 level.

“Technically, the December WTI NYMEX futures contracts are trading right at the five- and 10-day moving averages but above the 20-day moving average,” he said. “The contract is now in an overbought position relative to overbought/oversold conditions according to momentum indicators. Today’s volume is on the decline at over 300,000 contracts as the December futures contract will expire next Wednesday, the 20th.”

Reformulated gasoline (RBOB) also edged upward during Friday’s trading. December RBOB added two cents to end the day at $1.635 per gallon. RBOB is essentially flat for the week, finishing well under one percent against the Nov. 8 settlement price.

“Gasoline prices mirrored crude this week,” said Seng. “U.. inventories of total gasoline rose to 219 million barrels, holding near the center of the five-year average for the time of year. Average U.S. retail prices were only seven cents per gallon lower than last year at $2.615 per gallon while the NYMEX futures prices are about one cent per gallon above a year ago at $1.63 per gallon.”

Also finishing the day higher was Henry Hub natural gas for December delivery, which gained four cents to close at $2.69. Natural gas is down 3.6 percent for the week.