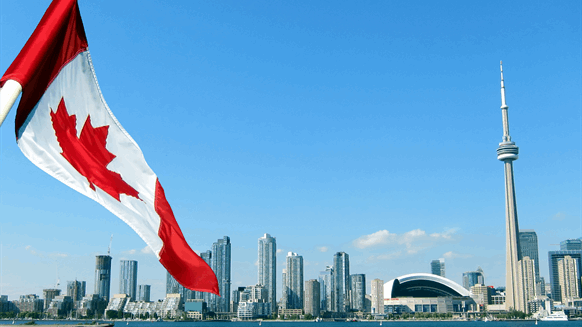 Royal Dutch Shell Plc is reassuring investors, workers and anyone else who will listen that it’s the international oil major that’s staying in Canada as others pull up stakes.

(Bloomberg) — Royal Dutch Shell Plc is reassuring investors, workers, and anyone else who will listen that it’s the international oil major that’s staying in Canada as others pull up stakes.

Shell’s future in the country is largely as a natural gas producer and exporter focused on the $30 billion LNG Canada project, though the company is also committed to its local chemicals and retail businesses, Shell Canada head Michael Crothers said in an interview.

A number of large multinational energy companies have either left or reduced their presence in the country in recent years, including Norway’s Equinor ASA, France’s Total SA and ConocoPhillips. Independent explorers like Devon Energy Corp., Apache Corp. and Marathon Oil Corp., as well as pipeline giant Kinder Morgan Inc., have gotten in on the act, too. Even Encana Corp., a Canadian company born out of the nation’s 19th-century railway boom, said last month that it’s moving to the U.S. and dropping the link to its home country from its name.

Shell stoked some concern that it would be among the pack leaving when it sold most of its stake in the Athabasca Oil Sands Project to Canadian Natural Resources Ltd. for about $8.2 billion in 2017. The company went a long way toward allaying those fears when LNG Canada announced it would build a massive export facility on British Columbia’s Pacific Coast that’s slated to operate for decades to come.

Shell has been in Canada for more than 100 years, evolving from a broad-based, integrated oil company — at one point even mining coal — into an oil-sands focused producer and now into a focus on gas, said Crothers, whose full title is president and country chair of Shell Canada.

Aside from the liquefied natural gas project — of which it owns 40% — and the Groundbirch gas production complex in British Columbia that will partly supply it, Shell has some light oil production, the Scotford refinery, two chemicals plants and a carbon capture facility in Alberta, plus the Sarnia refinery and chemicals and lubricants plants in Ontario.

The company sought to sell the Sarnia refinery and a chemicals plant this year as it focuses on LNG Canada, but pledged to keep operating the units if it didn’t get a good offer.

Shell also still owns a 10% stake in the Athabasca oil sands, which it sees as a core asset because it provides feedstock for the Scotford complex. Shell has no plans to sell that stake, Crothers said.

“We need to be able to ensure that we have access to that supply, and without some kind of equity stake, we feel that would be a concern,” he said.

The company has about 3,600 workers in the country and is hiring for LNG Canada, Crothers said. Other parts of the business are always facing cost pressures, keeping headcount in check, he said.

Another growth area is Shell’s retail business, which is building 50 new stations a year in the country and experimenting with new services like electric-vehicle charging stations and hydrogen refueling stations for fuel-cell vehicles, he said.

Kevin Orland in Calgary at korland@bloomberg.net