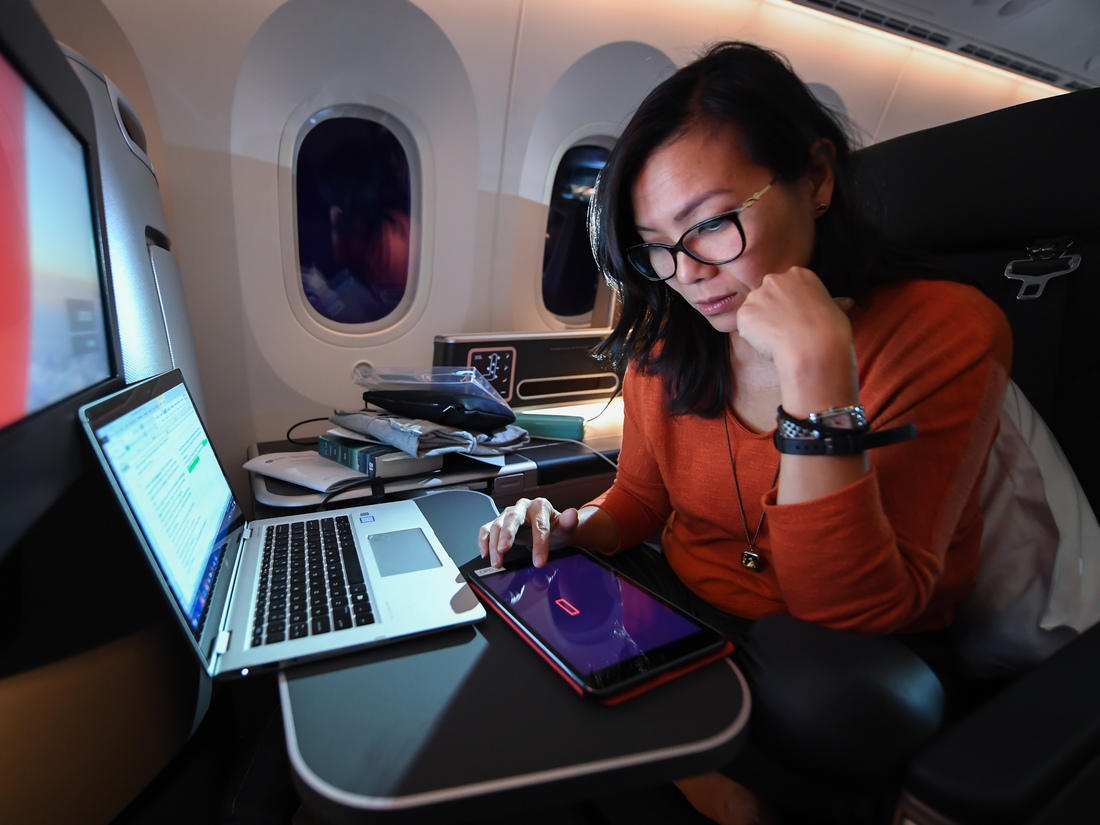 Australian airline Qantas is exploring new nonstop flights that would be the world’s longest — but 19-plus hours on a plane can be taxing for those on board. 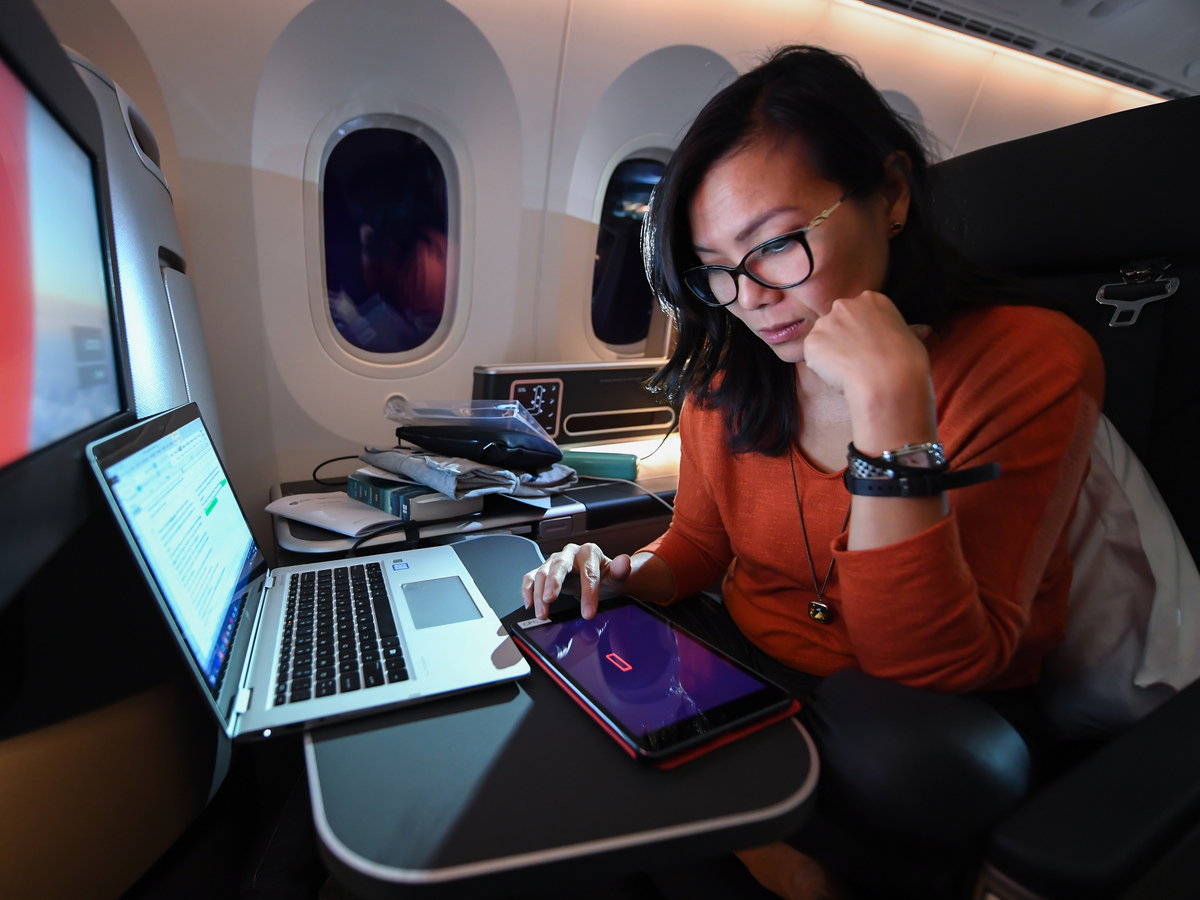 Australian airline Qantas is exploring new nonstop flights that would be the world’s longest — but 19-plus hours on a plane can be taxing for those on board.

Passengers on board Qantas flight 7879 took off from London early Thursday morning and arrived in Sydney a bit after noon on Friday — 19 hours and 19 minutes in the air.

So how do you keep people on board from going crazy — or getting deep-vein thrombosis — while they’re cooped up that long?

The Australian airline’s approach on the 11,000 mile flight was to design the meals and lighting carefully, get passengers out of their seats, and focus on the remarkable: two sunrises in one day.

In addition to Sydney, Qantas is exploring a number of new nonstop flight routes that would be longer than any currently operating, including from New York and London to Melbourne and Brisbane. And so, the 52 people on board – largely employees of the airline, along with some journalists – were guinea pigs.

Jet-lag researchers at the University of Sydney put into practice a number of strategies on the flight related to light, food, and exercise.

To help the body to adjust to the time difference, light in the cabin was correlated to Sydney time as soon as the flight took off. So though the plane took off at 6 a.m. in London, dinner was served and the lights were soon turned down.

Meals were designed to produce specific effects. Dinner was a carb-heavy steak sandwich, easy on the spice, intended to lull passengers to sleep. Drinks were offered, too — on the previous nonstop test flight between New York and Sydney, 38% of passengers said they drank alcohol to hasten sleep (though alcohol can be especially dehydrating on such extended flights). 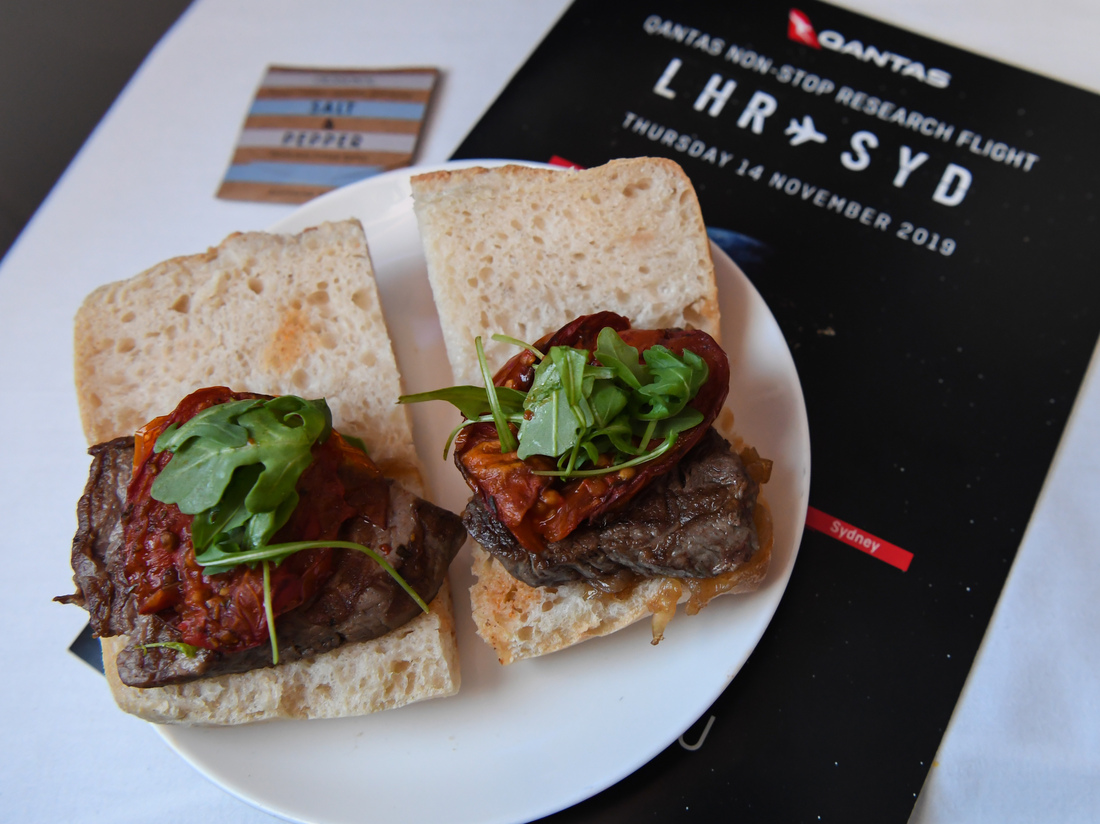 A carb-heavy dinner is designed to be soporific. 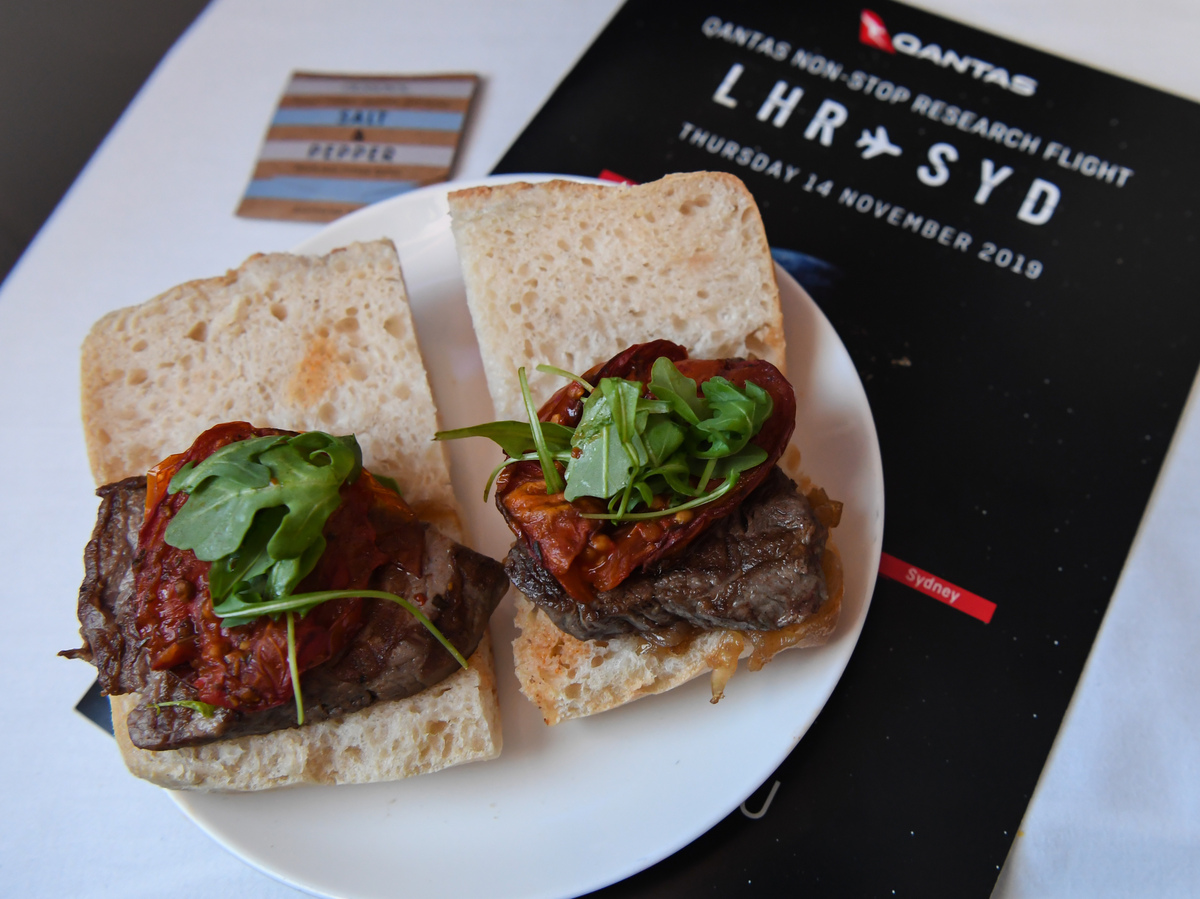 A carb-heavy dinner is designed to be soporific.

And passengers were guided to exercise: walking in a circuit around the plane and doing stretches. That part was made easier than on a typical flight, since the plane was mostly empty.

To test the flight’s impact and measure efforts to make it less taxing, test passengers wore activity monitors, kept logs of how they felt, and played a “whack-a-mole” game on an iPad to test their reaction time and attentiveness.

Pilots and cabin crew wore activity monitors and kept sleep diaries. Pilots wore EEG monitors to track their brain activity and alertness, and gave urine samples so their melatonin levels could be used to indicate their body clock status.

The London to Sydney route was flown commercially once before, along a different route in 1989, with just 23 passengers. The longest flight currently operating is Singapore Airlines’ nonstop from Singapore to Newark, which takes 18.5 hours.

The researchers’ tactics seemed to help aboard the new Boeing 787-9 aircraft.

“I feel really well,” test passenger Andy Chevis told Reuters during the descent. “Probably a lot better than I normally would at this point in the flight.”

Unfortunately, it seems that even the most cutting-edge science can’t change that most human of desires: the wish to land.

By hour 17, reported CNN’s Richard Quest, there was “a palpable sense that people are keen to see the end of the flight. They want off as soon as possible.”

Qantas began offering a nonstop London-Perth flight last year; the company says the route has won its highest levels of customer satisfaction and has made its service to London profitable for the first time in 10 years. The cost for one such upcoming roundtrip flight is $1,087. It’s not clear what the pricing will be for the routes the airline is testing now.

The airline says it expects decide whether to go forward with the super-long-haul routes by the end of 2019, with a goal of launching the nonstop routes by 2022.

How a Pandemic Rescued the Political Image of Ireland’s Leader