Number Of Abortion Clinics In Texas Continue To Decline Outside Cities : Shots 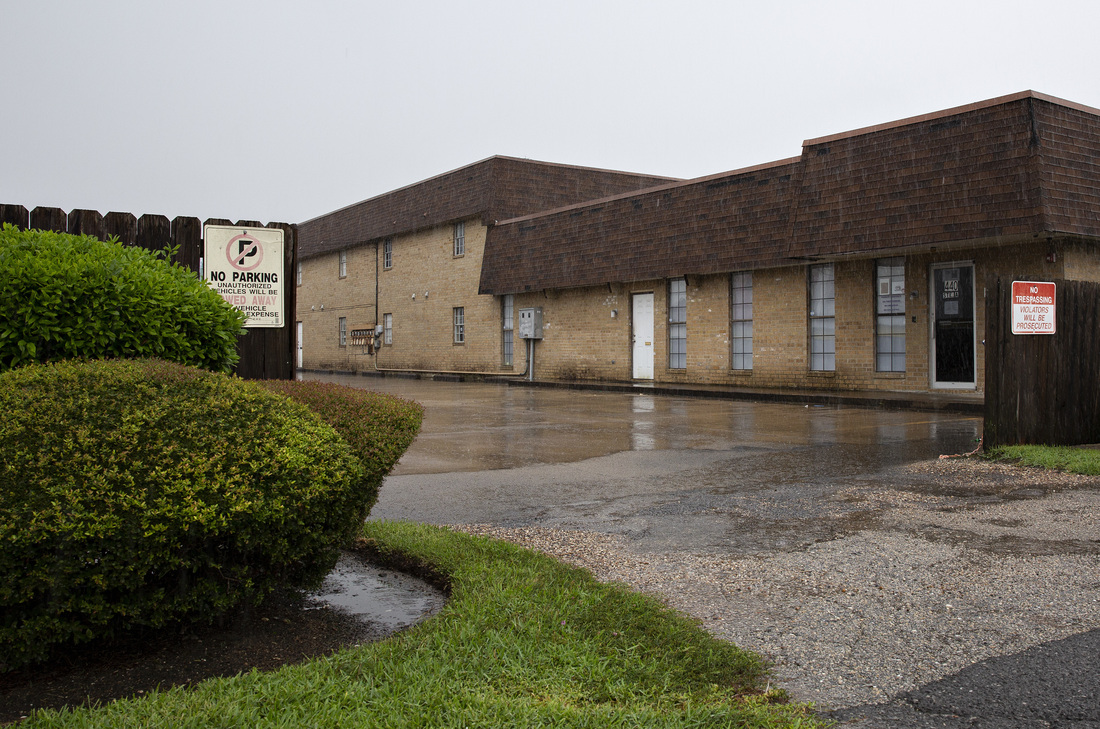 Whole Woman’s Health, an abortion provider in Texas, was forced to close its doors in 2014 as a result of House Bill 2 taking effect. Despite the Supreme Court’s overturning the law, most of the shuttered clinics never managed to reopen. 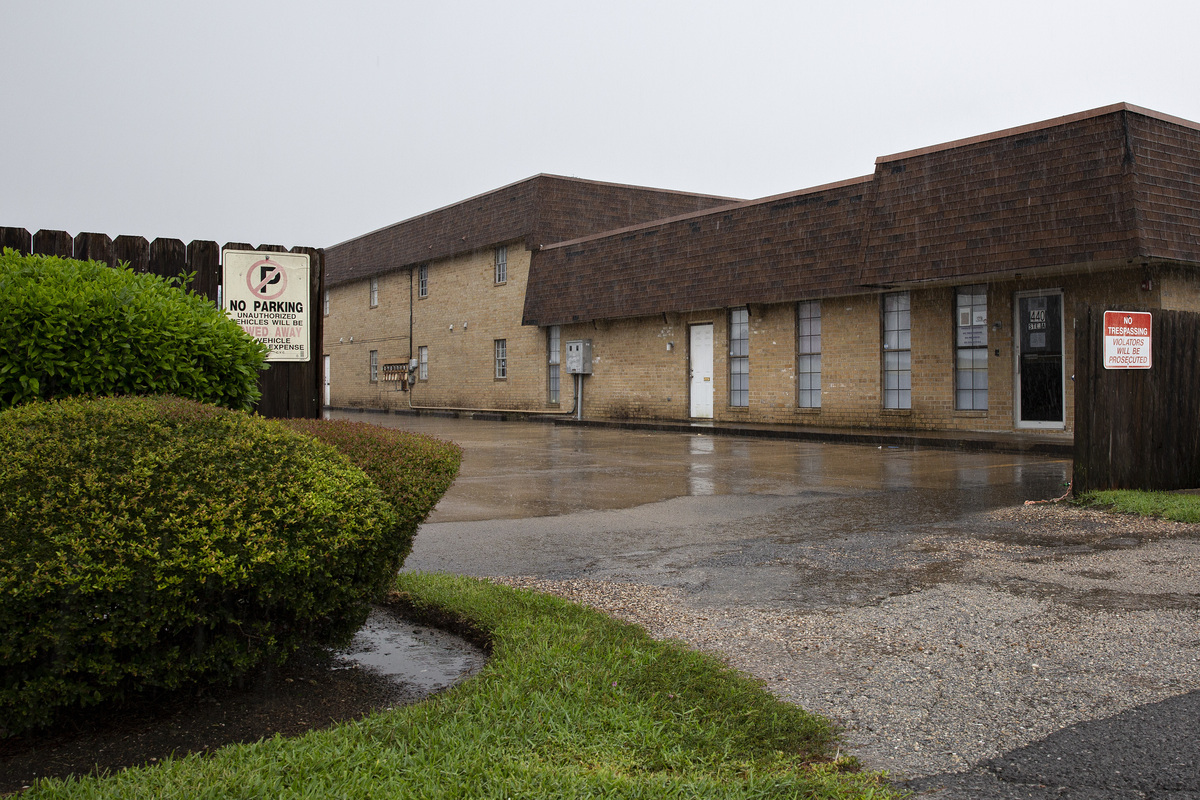 Whole Woman’s Health, an abortion provider in Texas, was forced to close its doors in 2014 as a result of House Bill 2 taking effect. Despite the Supreme Court’s overturning the law, most of the shuttered clinics never managed to reopen.

Over the past few years, abortion providers in Texas have struggled to reopen clinics that had closed because of restrictive state laws.

There were more than 40 clinics providing abortion in Texas on July 12, 2013 — the day lawmakers approved tough new restrictions and rules for clinics.

Even though abortion providers fought those restrictions all the way up to the U.S. Supreme Court, and managed to get the restrictions overturned in 2016, most of the affected clinics remain closed.

Today, there are just 22 open clinics in a state that is home to 29 million people.

Although abortion providers won the legal battle, they appear to be losing the ground war. Most clinics are clustered in the major cities of Dallas, Houston and Austin, while women who live in smaller cities and towns that once had clinics now have to travel long distances to get an abortion.

The town of San Angelo, for example, once had a Planned Parenthood clinic, but it had to close in 2013. It had been one of the last abortion providers in West Texas, a sprawling, dry and mostly rural region where most residents must drive at least three hours to reach a major city.

Susanne Fernandez, who worked at the San Angelo clinic for almost 30 years, gets emotional talking about its closure. “I loved working for Planned Parenthood.”

Fernandez blames the closure on the 2013 state law, known as House Bill 2, which required abortion clinics to have the same sort of equipment, standards and staffing as surgical centers — and also required the doctors performing abortions to obtain admitting privileges at a nearby hospital. She says complying with those rules would have been extremely difficult and expensive. Still, the decision to close the San Angelo clinic was tough.

“The last day was sad. It was somber,” Fernandez says. “We did a lot of cleaning up. We all knew that was it.”

Abortion providers in Texas eventually sued the state. But as the legal challenge worked its way through the courts, many of the clinics were forced to stop providing services.

At one point, Texas had only 17 clinics, says Kari White, an investigator with the Texas Policy Evaluation Project at the University of Texas, Austin. She says women living in rural Texas were affected the most.

“What we saw is that [in] West Texas and South Texas, access was incredibly limited,” White says, “and women living in those parts of the state were more than 100 miles — sometimes 200 or more miles — from the nearest facility.”

White’s research team conducted surveys and interviews with women who were seeking abortions as clinics were shutting down. A 19-year-old woman told the researchers she considered giving up because it was so hard to find an open clinic.

“It was a very hard thing to do, like to keep calling and calling and calling,” the woman told researchers. “I almost was like, you know, ‘Well, forget it.’ … But then, because I knew at the end of the day it was something that I had to do, it was like I don’t care how many people I have to call or how far I have to go. I have to do it.”

That woman eventually found a clinic 70 miles away and was able to get the abortion. But in some other cases, women had to carry unwanted pregnancies to term.

Under Texas law, women have to have two appointments with an abortion provider. After an initial appointment at a clinic, the women must wait 24 hours before getting the procedure. That means they often have to make a long trip at least twice, or pay for a hotel nearby. The waiting period is only waived if a woman lives more than 100 miles away from the closest clinic.

One 23-year-old woman from Waco, a married mother of two, told researchers she made appointments to get an abortion at two different clinics. But both appointments were canceled after the clinics were forced to close. She was unable to end the pregnancy.

“I was pretty upset, but I just decided that I guess I’ll have to just ride it out,” she told researchers. “I didn’t know what else to do, who else to call.”

Eventually, in the summer of 2016 — three years after H.B. 2 passed — the U.S. Supreme Court struck down the tough new restrictions on clinics. But most of the clinics never reopened.

“There hasn’t been this rush of clinics reopening following the Supreme Court decision,” White says. “So there are still just clinics concentrated in the major metropolitan areas of Texas.”

The ruling has also been a mixed bag for anti-abortion activists, says John Seago, the legislative director for Texas Right to Life.

“The closures of clinics is definitely a victory for the movement, obviously,” he says. “However, how are we in this situation in the first place is what my organization looks at.”

Seago says the Supreme Court ruling on Texas’ law was a big blow to the larger goal of slowly dismantling Roe.

Some new options in recent years

Over the past three years, a few abortion providers have decided to open clinics in Texas.

For example, earlier this year Kathy Kleinfeld opened a new abortion clinic in Houston — a city that already has a few clinics providing abortion.

Kleinfeld, a longtime consultant for abortion providers in Texas and other states, decided to open in Houston after carefully looking at the demand for services in that region. Her clinic provides medical abortions using pills, but not surgical abortions. 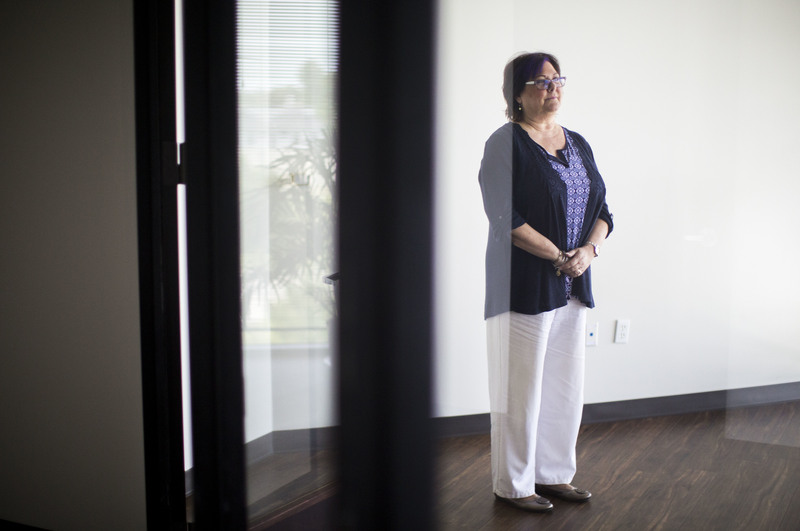 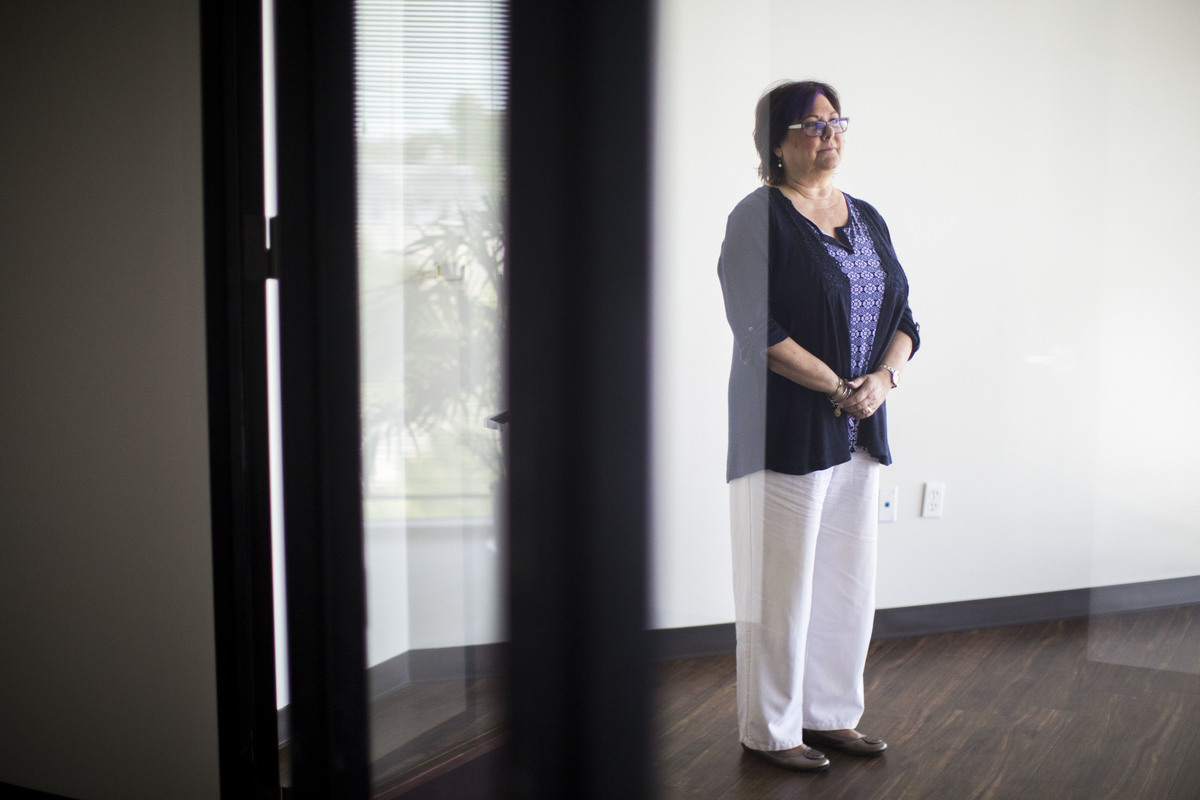 “Due to the closure of so many clinics, the remaining clinics that are open are very busy, and they are very strict in the scheduling,” Kleinfeld says. “So our goal was to offer flexibility in scheduling.”

Kleinfeld says her clinic could help take some pressure off the remaining clinics in Houston. She says so far her patients have been professionals, students and women who drive over from Louisiana.

But she emphasizes that getting her clinic up and running was not easy, despite her intimate knowledge of the complex rules and mandatory paperwork and the surprise inspections involved in operating as a licensed abortion provider in the state of Texas.

Kleinfeld predicts that opening, running and keeping a clinic open will always be difficult in Texas.

“There’s always been volatility and conflict and struggles,” she says. “Always. And this is not for the faint of heart.”

“It’s basically starting from scratch,” Ferrigno says. “You laid off the staff, you don’t have any physicians that work there anymore. Some of the doctors didn’t even renew their physician licenses.”

Ferrigno says clinics that closed may have lost the required state-issued license needed to operate in Texas. Applying for a new one is a significant bureaucratic hurdle. Some clinics might have lost their leases, been forced to vacate their buildings, and sell off equipment.

“There are a lot of different limitations,” she says. “There’s also the question of — or the fear of — security challenges. People picketing the clinic, picketing their homes. There’s a lot that goes into that.”

But the cost of not reopening — particularly in a community that had only one clinic to begin with — may be high.

Take San Angelo, for example: Fernandez says she doubts there will be a clinic offering abortions opening in her town anytime soon. She sometimes wonders what happened to the women she used to help.

“Where did these women go? Where do they go now?” Fernandez says. “I don’t believe a lot of them found any other health care afterward.”

This story comes from NPR’s reporting partnership with KUT and Kaiser Health News.

Opinion: ER Boarding Is A ‘National Crisis’ That Needs A Solution : Shots

China’s Drug Manufacturers Are Getting Back To Work : Shots