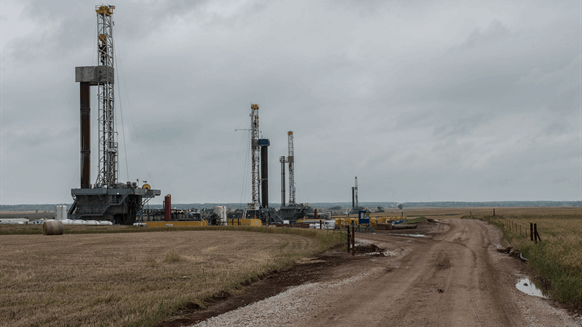 U.S. shale companies are set to grow their 2019 oil production by 16%, thanks to impressive execution.

While there’s been much discussion this year around whether the U.S. shale boom is dying down, operators have exhibited impressive execution so far, according to Norway-based energy research firm Rystad Energy.

The third quarter earnings season revealed that shale companies increased their oil production by about two percent, all while cutting the midpoint guidance for yearly drilling and completions expenses, Rystad said.

And Rystad believes U.S. shale operators will continue expanding in the fourth quarter, growing oil production by at least 1.3 percent on a quarterly basis.

“The actual results so far this year reaffirm our optimistic expectations for the remainder of the year,” Veronika Akulinitseva, vice president on Rystad’s shale team, said in an email to Rigzone. “U.S. shale companies are well-positioned to see an oil increase of about nine percent in the fourth quarter this year relative to the same period last year, growing 2019 volumes by approximately 16 percent over 2018.”

“We are still likely to see another year of oil production expansion in U.S. shale – although at a slower pace than seen this year,” she said.

In its analysis of third quarter earnings results of 40 U.S. shale operators, Rystad discovered, on average, companies decreased their 2019 capital guidance by 0.6 percent in third quarter, compared to 0.4 percent in previous quarters.

“With three reporting quarters of 2019 behind us, we can conclude that a number of U.S. producers showed impressive execution this year and continued to increase oil production guidance throughout the year, while remaining at the lower end of capital guidance. Permian players and companies active in multiple plays were especially successful in outperforming their original estimates,” Akulinitseva said.