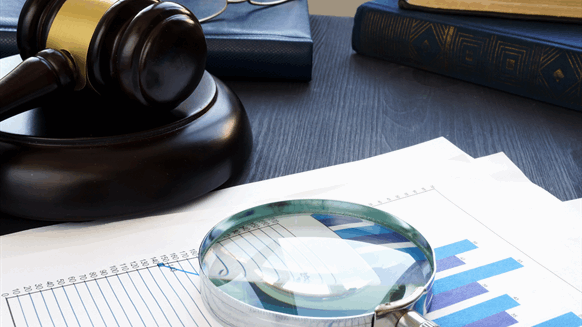 You’d expect most companies accused of a longstanding fraudulent scheme to be thrilled if the government dropped those claims against them. Not so for Exxon.

(Bloomberg) — You’d expect most companies accused of a longstanding fraudulent scheme to be thrilled if the government dropped those claims against them. Not so for Exxon Mobil Corp. — at least not today.

The energy giant unleashed a torrent of criticism against New York Attorney General Letitia James in court filings Monday, more than a week after the state sought to drop two fraud claims on the last day of a civil trial that has yet to be decided by the judge. Exxon says the government couldn’t prove the allegations and only made them “to score headlines and political points.”

New York had used the now-abandoned claims to allege Exxon intentionally misled investors for years about the company’s use of “proxy costs” to account for the risks of future climate-change regulations on its business, and that investors had relied on those false statements when buying Exxon stock.

New York Supreme Court Justice Barry Ostrager, who oversaw 11 days of testimony that ended Nov. 7, should block the attempt to drop the two claims and instead rule in favor of Exxon for the entire case to finally “set the record straight” after four years of disparaging comments from the state, the company said in the filing.

The attorney general “directly and repeatedly impugned the corporate reputation of Exxon Mobil and the personal reputations of its employees,” whose names were dragged “through the mud,” the company said. The state “cannot now erase these past four years because its fraud theory was completely debunked at trial,” Exxon said.

New York’s remaining allegation is that Exxon violated the state’s Martin Act, an anti-fraud securities law, by issuing materially misleading statements about proxy costs. Under that narrower claim, the state doesn’t need to prove intent or show that investors actually relied on the information.

James’s press office didn’t immediately respond to a request for comment on Exxon’s filing or explain why the state wanted to drop two fraud allegations.

In the state’s post-trial court filing on Monday, the attorney general argued that even without the fraud claims there is sufficient evidence that Exxon misled investors for years by issuing confusing and contradictory information about its carbon metrics. New York claims Exxon said publicly it was using a conservative proxy cost to appease investors while a lower figure was frequently used to make internal decisions on projects like the oil sands in Alberta, Canada.

Exxon contends that New York’s diminished case is a far cry from what the state has been saying publicly since New York began investigating in 2015 until the end of the trial. New York had claimed that Exxon’s proxy costs were a “longstanding fraudulent scheme” that was “sanctioned at the highest levels of the company,” court records show.

Former Exxon Chief Executive Officer Rex Tillerson faced years of particularly harsh allegations by the state, which accused him of knowingly spearheading the scheme and trying to cover it up. On the witness stand, he denied the claim and said the case was unfair to the company.

In its Monday filing, New York said Exxon’s alleged misstatements were repeated and persistent. But the government didn’t attempt to explain its decision to abandon the two fraud claims.

“Climate change regulatory risk is a critical risk in the oil and gas industry, and as a consequence, Exxon’s misleading statements about its management of that risk are clearly material to investors,” the AG said.