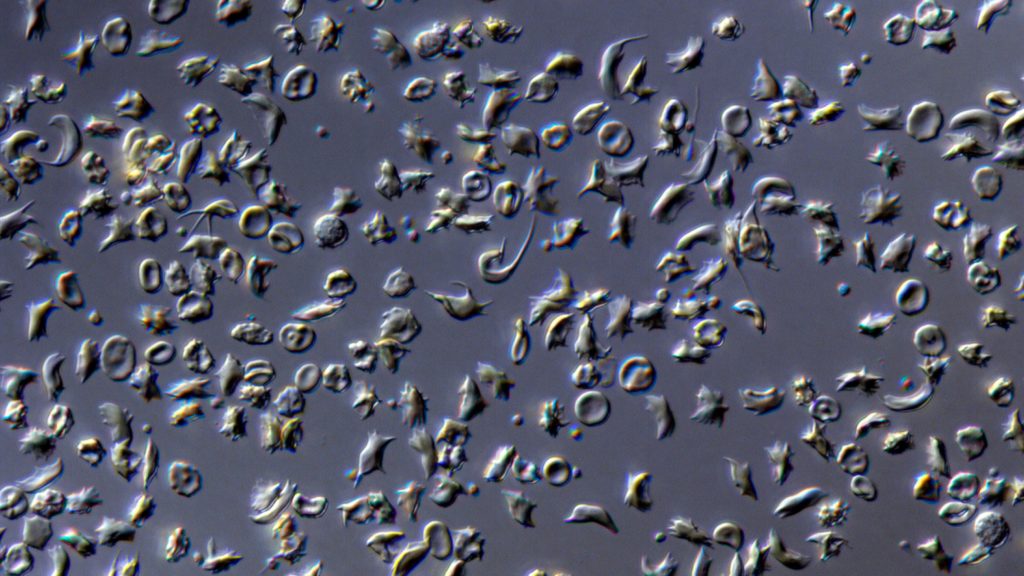 The first two patients to receive a CRISPR-based treatment for the inherited blood disorders sickle cell disease and beta thalassemia have benefited from the experimental therapy and experienced only temporary and treatable side effects, the companies developing the treatment announced on Tuesday.

The two patients, enrolled in a pair of ongoing clinical trials, have been free from blood transfusions and disease symptoms for a relatively short time, but the encouraging data offer hope that genome editing might one day offer a safe, durable cure for both blood diseases.

The companies, CRISPR Therapeutics (CRSP) and Vertex (VRTX) Pharmaceuticals, have competition. Last June, a one-time gene therapy for beta thalassemia from Bluebird Bio secured approval in Europe, with a U.S. approval expected next year. Several other companies and academic scientists are also pursuing curative treatments for beta thalassemia and sickle cell disease based on genome editing or gene therapy.

The variety of approaches, after years of neglect for sickle cell in particular, represents a “perfect storm” of basic research on the diseases converging with new genetic technologies, said Dr. Mitchell Weiss of St. Jude Children’s Research Hospital, a leader in the genetics of sickle cell who is not involved in the clinical trial.

“For decades, we knew about the sickle cell disease mutation but we didn’t know about other genes [involved in the disease] and we didn’t have the necessary tools for genetic correction” of blood-making stem cells, Weiss said. “Now we have a confluence of scientific understanding and technology that can come together to make things happen.”

Weiss commented without seeing the data, which the companies shared with STAT on the condition that it not show them to any independent experts.

The CRISPR/Vertex treatment, called CTX001, targets the two blood disorders in an indirect way. Sickle cell and beta thalassemia are both caused by catastrophic mutations in the hemoglobin gene. In sickle cell, the mutation causes red blood cells to be misshapen, with the result that they struggle to push through blood vessels, leading to organ damage, strokes, bouts of intense pain, and, often, early death. In beta thalassemia, a slew of different mutations each produces the same result: too little production of hemoglobin, which carries oxygen throughout the body; that produces anemia and organ damage.

Both diseases, research has shown, might be cured if a form of hemoglobin that the body usually stops making soon after birth can be reactivated. That’s what CTX001 aims to do: use CRISPR to disable a DNA brake on the production of fetal hemoglobin, thereby giving the body a healthy supply of the vital molecule.

Doing so involves an arduous procedure. Physicians — one in Germany treated the beta thalassemia patient, another in Nashville, Tenn., treated the sickle cell patient — draw blood and isolate hematopoietic (blood-producing) stem cells. Technicians zap the cells with a pulse of electricity; the “electroporation” opens a portal that the CRISPR complex passes through.

After the patient undergoes what’s called busulfan treatment to obliterate the mutation-carrying bone marrow cells remaining in the patient, the CRISPR’ed cells are infused into the bloodstream and, if all goes well, make a beeline for the marrow, there to set up production of healthy, hemoglobin-packed red blood cells.

In both patients treated with CTX001, the infused cells successfully engrafted in the marrow, the companies reported. The beta thalassemia patient became transfusion-independent after years of needing about 16 transfusions per year. Nine months after the hopefully one-and-done treatment, her total hemoglobin reached near-normal levels, boosted by a meaningful increase in fetal hemoglobin Fully 99.8% of her hemoglobin was the fetal type, a clear signal that CRISPR had done what it was supposed to.

Freedom from transfusions promises to improve a patient’s life dramatically, said Dr. Selim Corbacioglu of Germany’s University of Regensburg, who treated the 20-year-old. “You are fully dependent on your hospital as a chronic patient, you cannot go on long vacations,” he told STAT. “And you know that the complications of the chronic transfusions will hit you sooner or later.”

His patient’s most severe safety issues — pneumonia, lowered white blood cells, and an enlarged, jaundiced liver — resulted from the busulfan treatment. The side effects resolved with treatment and were not unexpected.“These are typical complications” of wiping out bone marrow cells, he said. “There is absolutely no relation to the edited cells that were infused.”

Since her treatment in July, the sickle cell patient, Victoria Gray, has not suffered any vaso-occlusive crises, in which sickled blood cells basically get stuck in blood vessels, causing severe pain and organ damage. Gray, a mother of four from Mississippi, had previously suffered about seven each year and would land in the hospital for extended stays three times a year, said Dr. Haydar Frangoul of HCA Healthcare’s Sarah Cannon Research Institute in Nashville, who treated her.

“She was unable to attend to her family unable to go watch her kids play football,” he said. “It takes a lot of courage to become the first person in the world to receive an experimental treatment. It tells you how desperate she was.”

“These results are remarkable because they represent the first clinical evidence that CRISPR-Cas9 has real curative potential. From a scientific and medical validation standpoint, the data are important,” Vertex chief executive Jeff Leiden told STAT.

“When CRISPR arrived nine or 10 years ago, we knew it was going to be a revolutionary technology, but it’s impact on human health was less clear,” said Samarth Kulkarni, chief executive of CRISPR Therapeutics. “These results tell us that CRISPR-based medicines are arriving. At the same time, we recognize that there is a lot more work to do before we can bring this medicine to patients.”

CTX001 is the first genome-editing treatment to emerge from CRISPR Therapeutics’ pipeline with clinical data in patients. Next year, the company expects to have the first patient data on another CRISPR-based medicine targeting blood cancers.

With data on the two pioneering patients in hand, CRISPR and Vertex say additional sickle cell and beta thalassemia patients will start receiving treatment with CTX001 soon. Ultimately, 45 patients in each trial will be enrolled, treated, and followed for two years.

The companies will need to collect more data before comparisons between the various genome editing or gene therapy approaches can be made.

Bluebird won an accelerated approval from European regulators for its gene therapy in beta thalassemia, based on clinical data showing 11 of 14 treated patients were free from transfusion requirements for at least one year. At the time of approval, the beta thalassemia patients treated with Zynteglo had been transfusion independent for almost two, and as long as five years. Similarly, Bluebird has been successfully treating sickle cell patients with Zynteglo for more than a year.

Bluebird does not target fetal hemoglobin. Instead, Zynteglo uses an nonreplicating and safe form of HIV to deliver a gene that produces an engineered and functional form of beta-globin, a component of human hemoglobin. The gene therapy does not cure all patients. Some patients don’t respond, while others become transfusion-independent but subsequently relapse.

Although many more months of data on many more patients will be required to show the CRISPR therapy is safe and effective enough for regulatory approval, Corbacioglu’s patient feels she got a second chance at life. “She is happy as a clam at high tide and almost euphoric about ridding herself of this horrible disease,” he said.

How Safe Is it to Use A Public Bathroom?