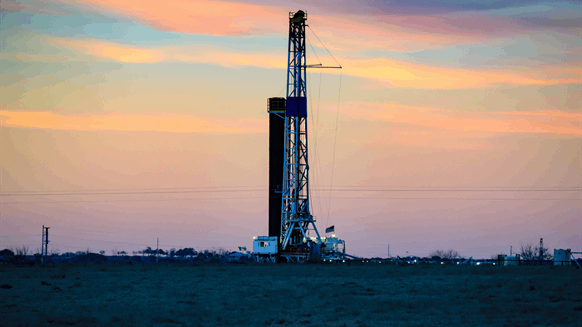 California intensified its battle against fossil fuels by halting new permits for a key production technique following leaks at a Chevron Corp. facility in an area that has pumped crude for more than a century.

(Bloomberg) — California intensified its battle against fossil fuels by halting new permits for a key production technique following leaks at a Chevron Corp. facility in an area that has pumped crude for more than a century.

In his latest salvo against the petroleum industry, Governor Gavin Newsom ordered regulators to assess the safety of high-pressure steamflooding, according to a Department of Conservation statement on Tuesday. Hydraulic fracturing and other oil-production methods also will be examined.

“This marks the turning of the tide against the oil industry” in California, said Kassie Siegel of the Center for Biological Diversity.

California Resources Corp., the state’s largest oil producer, tumbled as much as 32% and its bonds dropped to just 25 cents on the dollar, the lowest since 2016. The company predicted no “significant effect” on its output because the type of steamflooding it employs is exempt from the ban, according to an email.

Berry Petroleum Corp., a driller based in the heart of California’s de facto oil capital, Bakersfield, slumped as much as 25%. Newsom, a San Francisco Democrat in his first term as governor, has been stepping up pressure on oil and natural gas producers through a series of initiatives such as denying permits and drilling leases on lands that is or once was protected by federal authorities.

“These are necessary steps to strengthen oversight of oil and gas extraction as we phase out our dependence on fossil fuels and focus on clean energy sources,” Newsom said. “This transition cannot happen overnight; it must advance in a deliberate way to protect people, our environment, and our economy.”

California is the sixth-biggest oil-producing state in the nation, ahead of former powerhouses like Alaska. Although in-state output has plunged by 60% since the mid-1980s, explorers rely on so-called enhanced recovery techniques like steamflooding to keep fields first drilled in the 1800s in active production.

The state fined Chevron $2.7 million last month after several “surface expressions” of water and oil were found at the Cymric field near Bakersfield. The Department of Conservation attributed the leaks to steamflooding and said they created a “significant threat of harm to human health and the environment.”

A representative for Chevron didn’t immediately respond to a request for comment on the new ban Tuesday. Steamflooding in California was introduced in the Yorba Linda Field in 1960 and then the massive Kern field a year later.

Explorers such as California Resources tout it as a low-cost method for creating steady, long-term crude flows from fields that otherwise would contribute little in terms of output or profits. The technique is also used in West Texas, Colombia and the Persian Gulf region.

–With assistance from Joe Carroll.

Kevin Crowley in Houston at kcrowley1@bloomberg.net;

David Wethe in Houston at dwethe@bloomberg.net