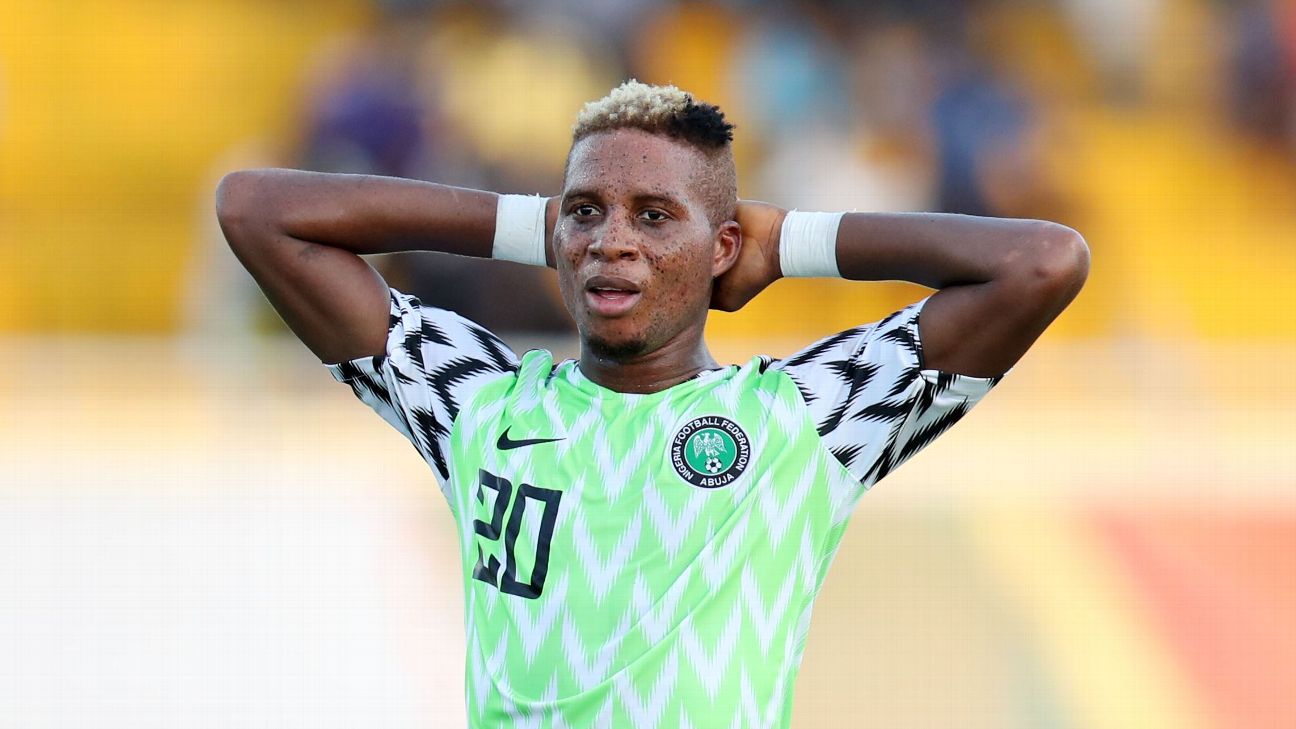 Nigeria’s Phase 1 defeat to Togo at the WAFU Cup of Nations saw them drop to the Plate competition, and now they must beat Cape Verde to salvage any kind of goodwill from fans.

A win in the match in Thies, Senegal, on Saturday night is a minimum requirement for what is essentially a Super Eagles B slash C team, made up of domestic-based players trying to reach the senior team.

Coach Imama Amapakabo, on deck instead of regular head honcho Gernot Rohr, was quick to take responsibility after his side lost 2-1 last weekend, their second loss on the spin – and to the same team – within a two-week span.

“As a coach I like to take responsibility,” he told ESPN. “We lost the game against Togo but the team showed the capacity to win.”

“It is my job to make the team create quality scoring chances which they did. It’s a pity the goals didn’t come off such opportunities and we lost,” he added.

“The first half was not up to the level we desired because there were some errors but we returned in the second half a lot much better creating many scoring chances.”

Spin it how he likes, but the coach is now effectively on notice. Nigerians do not take defeat well. They do not take consecutive defeats any better, and a third loss in Thies, irrespective of circumstances, will beget consequences.

Amapakabo has attempted to deflect the heat by pointing out his oft-stated long term strategy: “As you may not know, this is largely our U23 team needing exposure. When players at that level play a competition like this they are bound to make mistakes.

“Teams come to competitions to win. We also like to win every match we play but we are also mindful of the greater objective of this team. Our greater job is to build a virile young team with a competition like this.

“We want a team of high quality that can serve us for the U23 competitions and also develop well enough to transit to the senior national team.”

To be fair to him, the coach has been handed a tougher than normal task. For the WAFU Cup, players are meant to be the cream of their respective domestic leagues, but the Nigerian league has been on break for months with no sign of a restart, meaning players have been unable to play competitive ball.

The few who have been competing in continental CAF competitions were unable to be selected for that very same reason: their clubs needed them.

But even that has not gone too well. Both Nigerian teams have been eliminated from the CAF Champions League, including two-time champions Enyimba. Enugu Rangers managed to make it through to the group phase of the Confederation Cup by the skin of their teeth.

It is a huge climbdown from a few years ago when Nigerian clubs made it a habit of at least staying in Africa’s premiere club competition, and sometimes, even going all the way to the knockout phases.

Instead, the domestic league is a shambles, and that is taking its toll on international competitions, at least the ones that depend on home-based talent, like CHAN and WAFU.

But teams are still expected to win football matches anyway, and that will be Amapakabo’s brief when his wards line up against Cape Verde.

Future development or not, some things are just unacceptable. Having been knocked out of the Cup competition, the Plate is the next target. It’s a loser’s competition that will be of little value to fans of a country who expect to win top prizes on the continent, but not winning it is still unimaginable.

To be clear, their opposition will not roll over. Cape Verde have been boosted by their recent Afcon displays, helped by these same local players. They may have lost to Cote d’Ivoire in Phase 1, but they are just as motivated to win the Plate.

Amapakabo can expect nothing but a tough fight. How he comes out of it could well determine his not so immediate future. And that of many of his players.

Arsenal, Arteta took time to jell, but this team is going places after hanging on to beat Everton

What do Cristiano Ronaldo, Lionel Messi and Josip Ilicic have in common?