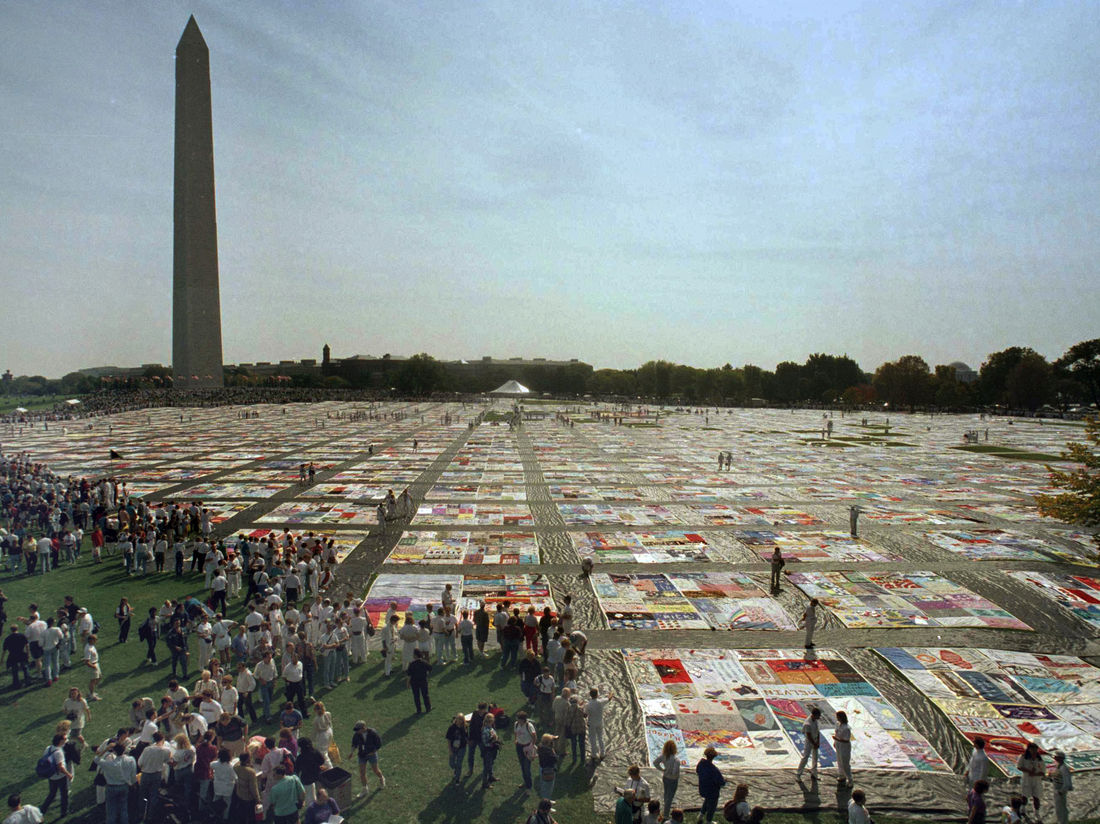 The Names Project AIDS Memorial Quilt on display near the Washington Monument in Washington D.C. in October 1992. Then 21,000 panels, the quilt has more than doubled by 2019. 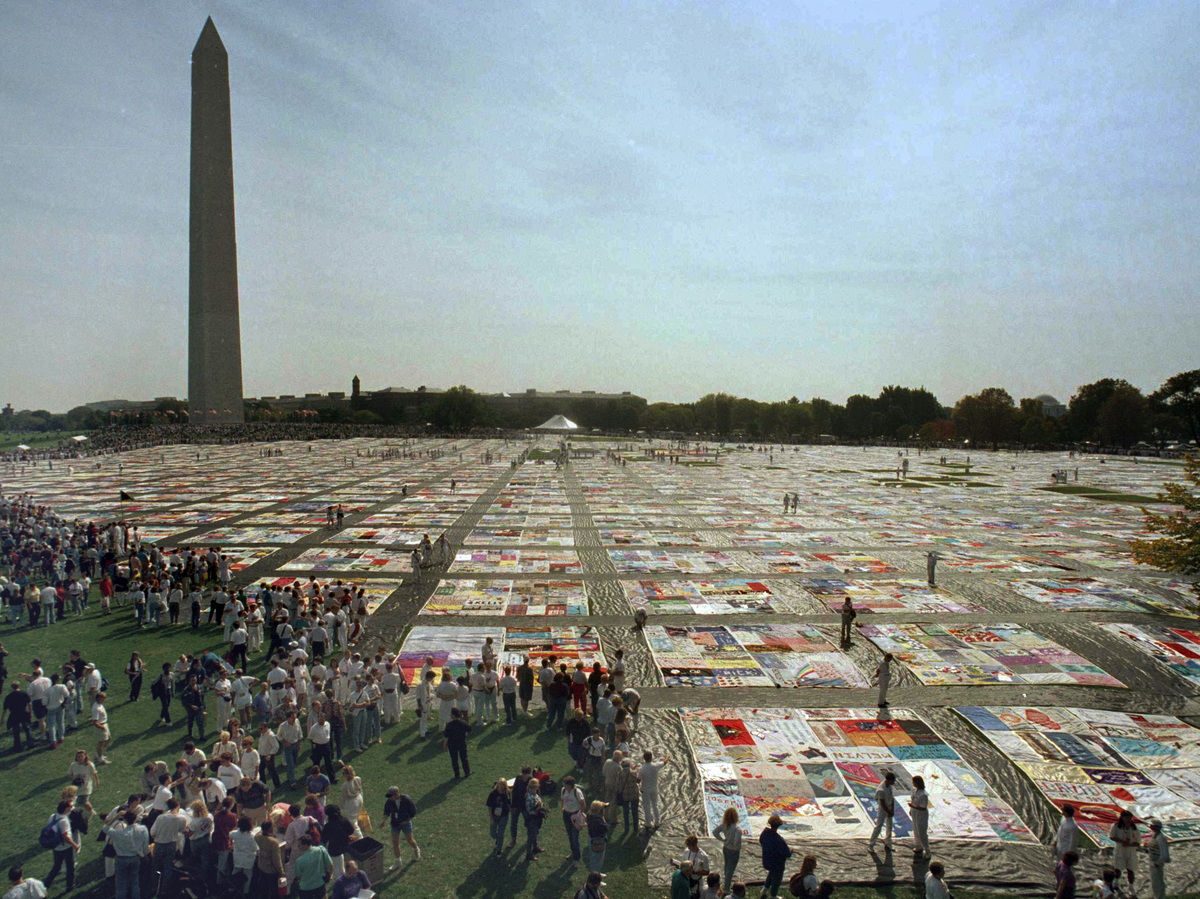 The Names Project AIDS Memorial Quilt on display near the Washington Monument in Washington D.C. in October 1992. Then 21,000 panels, the quilt has more than doubled by 2019.

The AIDS Memorial Quilt is returning home to San Francisco, where it was first conceived and created in 1987 as an artistic expression of defiance against the deadly disease that ultimately claimed hundreds of thousands of lives.

The quilt is a vast patchwork of more than 50,000 brightly colored and hand-crafted 3-by-6 panels commemorating the lives of more than 105,000 people who died of AIDS or related illnesses. Its caretaker, the Names Project, has been based in Atlanta for the past 18 years.

“The Quilt will return to San Francisco to where it began more than three decades ago,” said Rhoad.

The National AIDS Memorial is a federally designated national memorial situated on a 10-acre site in San Francisco’s Golden Gate Park. Its organizers plan to build an “Interpretative Center for Social Conscience” where the AIDS Quilt will be housed.

Rhoad recalled that the quilt was the brainchild of AIDS activists in San Francisco who, during the height of the AIDS epidemic, wanted to use the names of their friends and lovers to memoralize those who had succumbed to the disease.

Thousands of panel of the quilt are displayed each year around the U.S. and the world to raise awareness of the struggle to fight AIDS.

An archive of some 200,000 letters, photographs, biographical records and tributes associated with the quilt will be housed in the American Folklife Center at the Library of Congress where they will eventually be made available to researchers and the public.

“The National AIDS Memorial and The Quilt, through their very existence, have had a tremendous impact in telling the story of the AIDS crisis and the AIDS movement, a story of social justice,” said John Cunningham, executive director of the National AIDS Memorial, in a statement. “This announcement honors the stewardship by The Names Project Foundation over the past three decades in passionately caring for The Quilt and ensures its permanent home will continue to forever honor its history, the lives, struggles, despair, inequity and hope that it represents.”

Since 1981, almost 636,000 people have died of AIDS in the U.S. and more than 1.1 million people in this country are living with HIV, according to the organization.

Even Without Symptoms, Wuhan Coronavirus May Spread, Experts Fear