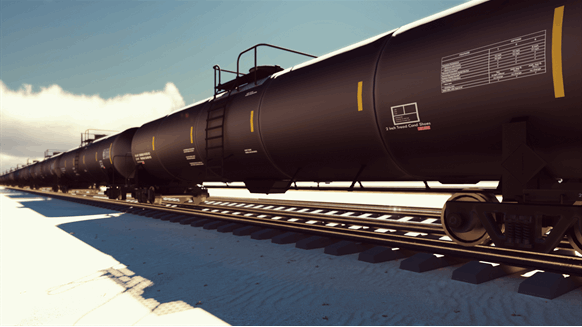 Crude-by-rail volumes have largely halted as Canadian National Railway Co. prioritizes shipments of perishable goods such as grain amid a shortage of workers, according to people familiar with the matter.

The strike comes at a difficult time for crude producers, who were set to boost rail shipments of oil after Alberta’s government eased production limits for companies shipping by train. It also coincides with crop harvests, heightening competition for rail space among numerous commodity producers.

“The issue becomes prominent very quickly in terms of oil backing up into storage,” Mike Walls, an analyst at Genscape Inc., said by telephone. “Western Canada is so sensitive to any takeaway disruptions.”

About 3,200 workers at the company walked off the job Tuesday after failing to reach an agreement with the company over issues including working conditions and drug benefits, the Teamsters Canada Rail Conference union said.

Canadian National is negotiating with workers with the assistance of federal mediators, company spokesman Alexandre Boule said in an email. He declined on the strike’s impact on oil shipments.

The company shipped 180,000 barrels a day of crude in September, making up more than half of Canada’s total crude-by-rail exports that month. If its shipments of crude fall to zero, “it would become a large issue within weeks, not months,” Walls said.

The halt in rail volumes compounds a supply glut that worsened during the two-week shutdown of the 590,000 barrel-a-day Keystone pipeline early this month. In late 2017, when Keystone also shut due to a leak, and as rail companies were occupied with carrying agricultural commodities, the discount of WCS to futures widened to more than $25 a barrel from about $11.

–With assistance from Ashley Robinson and Thomas Black.

Robert Tuttle in Calgary at rtuttle@bloomberg.net