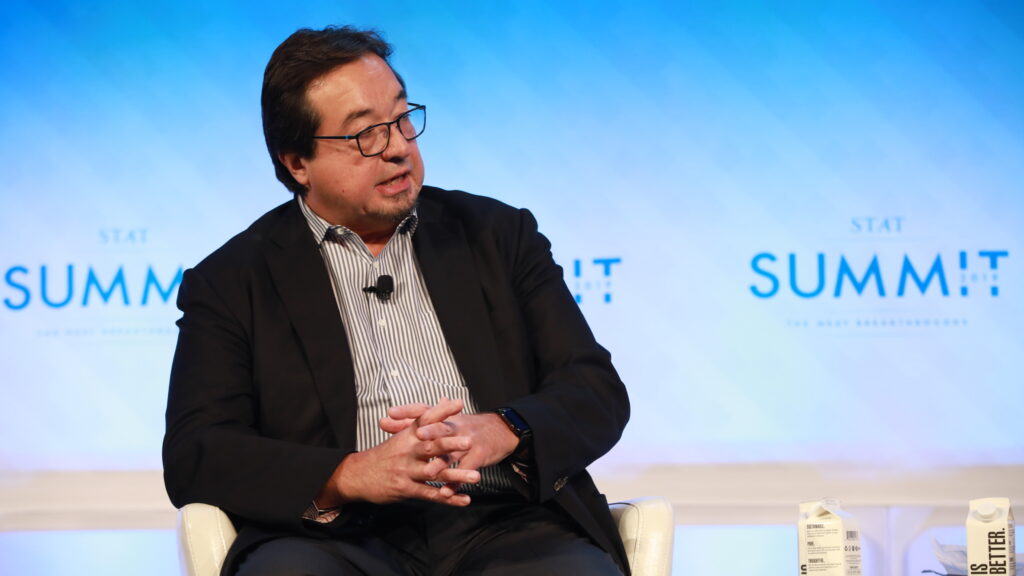 Biogen’s top scientist offered unflinching support Thursday for the efficacy of the company’s controversial Alzheimer’s drug called aducanumab, shrugging off outside skepticism and almost daring regulators not to approve it.

“I believe the drug works,” said Al Sandrock, Biogen’s head of research and development and chief medical officer, speaking at the STAT Summit. “I’m very excited about the prospect of getting the drug approved.”

In a statement emailed to STAT after this story ran, Biogen (BIIB) said, “Our focus is to follow the science. Biogen respects and appreciates the FDA review process.”

In October, Biogen shocked just about everyone when it said it was resurrecting aducanumab — and pursuing regulatory approval — based on a new and more positive analysis from two large clinical trials previously thought to be negative.

The crucially important details of this new aducanumab analysis have not yet been shared publicly, but that will change in early December when Biogen is scheduled to present the data at the Clinical Trials on Alzheimer’s Disease annual meeting.

What was expected to be a somewhat sleepy Alzheimer’s research meeting is now a red-hot ticket.

“I don’t think the field has ever seen data like this,” said Sandrock, sounding very much like a man who wants to prove Biogen’s critics wrong.

Michael Ehlers, Biogen’s previous research and development chief, left the company right before the aducanumab announcement. Some critics have pointed to Ehlers’s exit as a sign that there was internal disagreement about the strength of the aducanumab data.

Ehlers knew about the aducanumab results, “and I can tell you he was excited about it,” said Sandrock on Thursday. Ehlers’s decision to leave Biogen to join a venture capital firm was more about wanting to be “close to the science,” he added.

Biogen shared the aducanumab data with officials at the Food and Drug Administration during two face-to-face meetings held in June and October. After the second meeting, the FDA told Biogen that it was “reasonable” to file for aducanumab’s approval, Sandrock said.

Will the FDA approve aducanumab?

Sandrock didn’t offer a prediction, but if the FDA rejects the drug now or asks Biogen to conduct another large clinical trial to collect additional data, it would mean “lots more people” would get Alzheimer’s without a drug to help them.