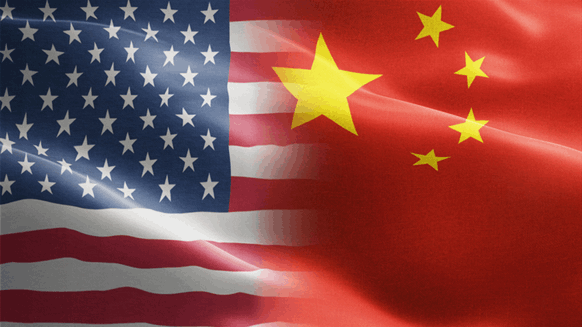 Oil pared its third weekly advance as investors monitor developments in the U.S.-China trade war that has sapped demand.

(Bloomberg) — Oil pared its third weekly advance as investors monitor developments in the U.S.-China trade war that has sapped demand.

Futures declined as much as 0.8% in New York after jumping 2.6% on Thursday. China’s vice premier invited U.S. trade negotiators to Beijing for further talks even as President Donald Trump is expected to sign a bill supporting Hong Kong protesters, potentially jeopardizing progress toward an initial deal. American crude stockpiles at a key storage hub fell last week by the most since August, while growing unrest in Iraq and Iran threatens supplies.

Oil is heading for its longest run of weekly gains since mid-April on signs of a potential breakthrough to the prolonged trade dispute between Washington and Beijing. The market is also starting to focus on the upcoming meeting of the Organization of Petroleum Exporting Countries in early December. The producer alliance may have no appetite to cut production deeper as flaring political crises across the group are once again threatening supply.

“The Chinese Vice Premier coming out and suggesting that things are still looking good, knowing that there is this Hong Kong bill, is pretty encouraging,” said Stephen Innes, Asia Pacific market strategist at AxiTrader. “It shows both sides want to do a deal.”

Brent for January settlement lost 33 cents, or 0.5%, to $63.64 a barrel on the London-based ICE Futures Europe Exchange. The contract is up 0.5% this week. The global benchmark crude traded at a $5.42 premium to WTI.

House Speaker Nancy Pelosi sent President Trump legislation supporting Hong Kong protesters, which passed unanimously in the Senate. Even though the Chinese Foreign Ministry warned of “strong countermeasures” in response to the bill, Vice Premier Liu He said at a private dinner in Beijing on Wednesday that he was “cautiously optimistic” about reaching a trade agreement.

U.S. crude inventories at Cushing, Oklahoma, fell for a second week to the lowest level in about a month, according to government data on Wednesday. Growing political unrest in Iraq and Iran — two of the Middle East’s five biggest producers — is signaling potential threats to supplies amid an economic collapse in Venezuela and simmering discontent in Algeria.

Five LPG companies to answer to allegations of price fixing