33 Percent Of The World’s Quickest Production Cars Are Electrified 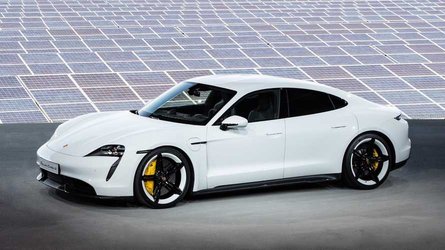 Electric vehicles are – forgive the pun – polarizing for motoring enthusiasts. Why is that? The arguments we hear most often are that such machines aren’t as involving to drive, or they’re too heavy, or the whining electric motors just have no soul. Yes, there’s something to be said for a thumping V8 or a screaming V12, but if sound is all that matters, there are a number of video games with exceptionally realistic engine notes.

The fact is, electric power offers serious performance advantages and that’s why this study from Select Car Leasing is rather eye-opening. Hybrid vehicles were born from a desire for greater fuel efficiency, but then the horsepower bug took hold. Now, one-third of the world’s quickest cars are electrified in some form, be it with hybrid powertrains or fully-electric operation. And if you think blasting to 140 mph in less than 10 seconds isn’t involving, you clearly haven’t blasted to 140 in less than 10 seconds.

We perused the data, which includes generalized 0-60 mph and quarter-mile figures for all recent production cars. These are generalized numbers – real-world results can vary – but it gives us an overall view of the automotive landscape. The list obviously doesn’t include recent reveals like the Porsche Taycan, or cars like the Ferrari F90 Stradale which don’t have established performance stats to draw from. We also took the liberty of excluding the Faraday Future FF91 from Select Car Leasing’s list, as it’s not yet available and the company’s future is, for lack of a better term, sketchy.

With that in mind, we focus on the quarter-mile portion of the study for our slideshow above. Browse through the list to see just how prevalent electric power is in the performance realm these days.