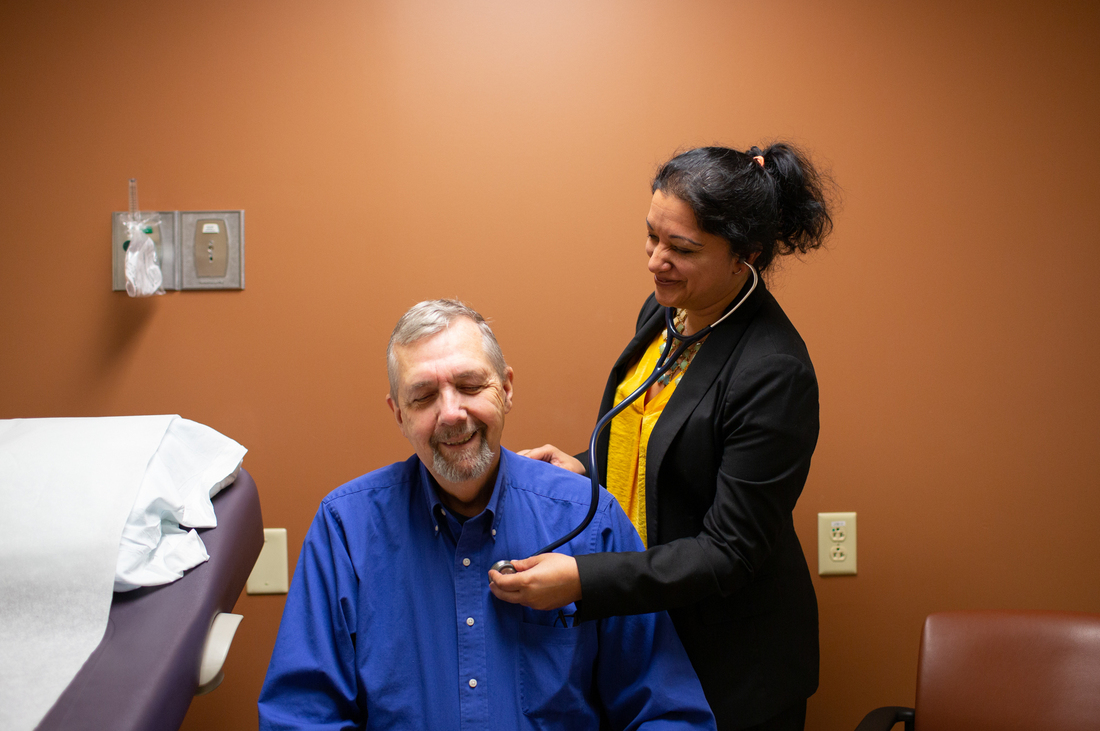 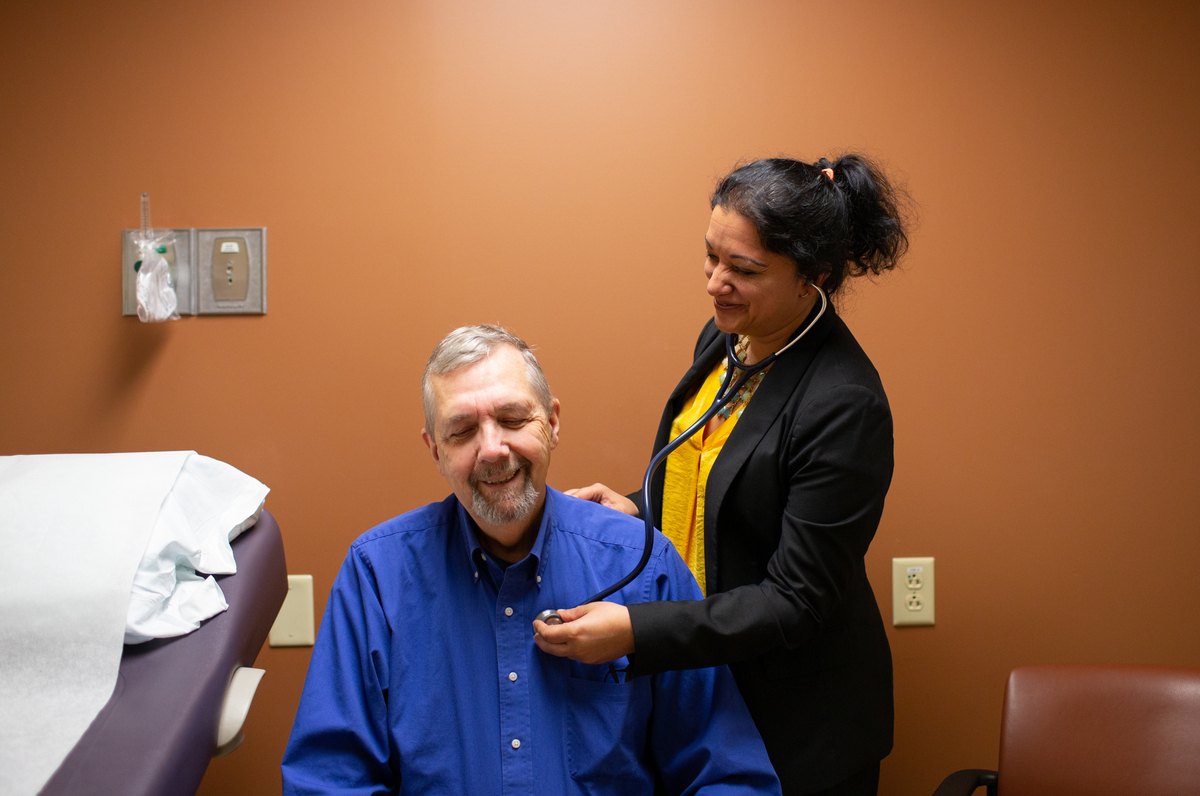 When Lorraine Griggs’ 86-year-old father was diagnosed with prostate cancer, he was treated with 35 rounds of radiation, though he had a long list of other serious medical issues, including diabetes, kidney disease and high blood pressure. The treatment left him frailer, Griggs recalls.

A few years later, when his prostate cancer reoccurred, Griggs’ father received a different kind of cancer care. Before his doctor devised a treatment plan for him, she ordered what’s known as a geriatric assessment. It included a complete physical and medical history, an evaluation by a physical therapist, a psychological assessment and a cognitive exam. The doctor also asked her father about his social activities, which included driving to lunch with friends and grocery shopping with some assistance.

“When the doctor saw how physically active and mentally sharp my father was at 89 years of age, but that he had several chronic, serious medical problems, including end stage kidney disease, she didn’t advise him to have aggressive treatment like the first time around,” says Griggs, who lives in Rochester, N.Y.

Instead, his oncologist placed her dad on one pill a day that just slowed down his cancer. Griggs’ father was able to enjoy his activities for another three years until he died at the age of 92.

Geriatric assessment is an approach that clinicians use to evaluate their elderly patients’ overall health status and to help them choose treatment appropriate to their age and condition. The assessment includes questionnaires and tests to gauge the patients’ physical, mental and functional capacity, taking into account their social lives, their daily activities and goals.

The tool can play an important role in cancer care, according to clinicians who work with the elderly. It can be tricky to predict who will be cured, who will relapse and who will die from cancer treatment. Geriatric assessments can help physicians better estimate who will likely develop chemotherapy toxicities and other serious potential complications of cancer treatment, including death.

Geriatric assessment includes an evaluation by a physical therapist, a psychological assessment, a cognitive exam and a complete physical and medical history. The doctor takes all these factors into account and tallies a score for their patient to help guide their decision-making about the patient’s treatment.

More than 60% of cancers in the U.S. occur in people over 65 years of age. As the population grows older, so will the rate of cancer among seniors. The cancer incidence in the elderly is expected to rise 67% from 2010 to 2030, according to a 2017 study in the Journal of Clinical Oncology. Yet many oncologists don’t have geriatric training.

Mohile, who treated Griggs’ father during his cancer relapse, explains that geriatric oncologists take a different approach than many other oncologists.

“We want to help older adults successfully undergo cancer treatment without significant toxicities, so it leads to a survival benefit,” she says. “What we don’t want to do is treat patients who will be harmed.”

Mohile says when she saw that Griggs’ dad was frail because of his other health issues, she explained that the standard treatment of care would be difficult for him.

“We went through the decision-making together and I was able to explain how it could cause harm and it would have no risk benefit. He wanted to live and not suffer toxicities,” she says.

A growing body of evidence supports the notion that cancer care for older adults can be improved with geriatric assessments.

A study published in the Journal of Geriatric Oncology in November found that in 197 cancer patients 70 years and older, 27% of the treatment recommendations patients received from the tumor board were different from those received after completing a geriatric assessment. Patients who received a geriatric assessment were recommended to have less intensive treatment or palliative care.

Overall, geriatric assessments have been found valuable for helping older adults with health conditions achieve higher quality of life. A 2017 Cochrane review of 29 studies of geriatric assessments on patients who’d been hospitalized found that patients were more likely to be alive and at home a year later compared to those who had standard care.

One of the reasons geriatric assessments can be so useful to clinicians treating cancer is that doctors don’t have enough information at their fingertips about how older patients respond to the drugs commonly used for chemotherapy. This is partly because there’s less research on this age group.

“You’re playing a guessing game most of the time. Older patients on chemo can get in more trouble than younger patients. The real issue is the patient’s capacity to tolerate care. I think geriatric assessments can improve how we tailor therapy,” says Efrat Dotan, associate professor of hematology/oncology at Fox Chase Cancer Center in Philadelphia and chair of the National Comprehensive Cancer Network, NCCN.

But other experts caution that geriatric assessments can backfire because of a dominant culture in medicine that tends to try to cure patients at all costs, even when treatments may be dangerous.

“Sometimes you don’t want to ask questions because you’re afraid you may have to deal with the answers,” says Otis Brawley, Bloomberg distinguished professor of oncology and epidemiology at Johns Hopkins University in Baltimore.

“The test tends to give us answers that scare us from treatment and we are supposed to treat patients,” he says.

Often, if a cancer patient is turned away from treatment, they try to find a doctor that will offer it anyway.

“This happens all the time. The irony is that by going away from a doctor really doing the appropriate thing and then going to another doctor who doesn’t do the appropriate thing, sometimes that second doctor is actually hastening death,” says Brawley, former chief medical and scientific officer at the American Cancer Society.

Though geriatric assessments were developed about two decades ago and hailed as one of the clinical cancer advances of 2012 by the American Society of Clinical Oncology, they are still not widely used by oncologists.

The Surgical Task Force at the International Society of Geriatric Oncology, SIOG, found that only 6.4% of surgeons use comprehensive geriatric assessments in daily practice and only 36.3% collaborate with geriatricians, according to a 2016 study in the European Journal of Surgical Oncology.

Many major academic centers have adopted the use of geriatric assessments. However, they’re still fairly scarce in community practices where staffing shortages, financial constraints, lack of institutional support and technology are major barriers to use. They are also time-consuming to complete — taking about two hours. 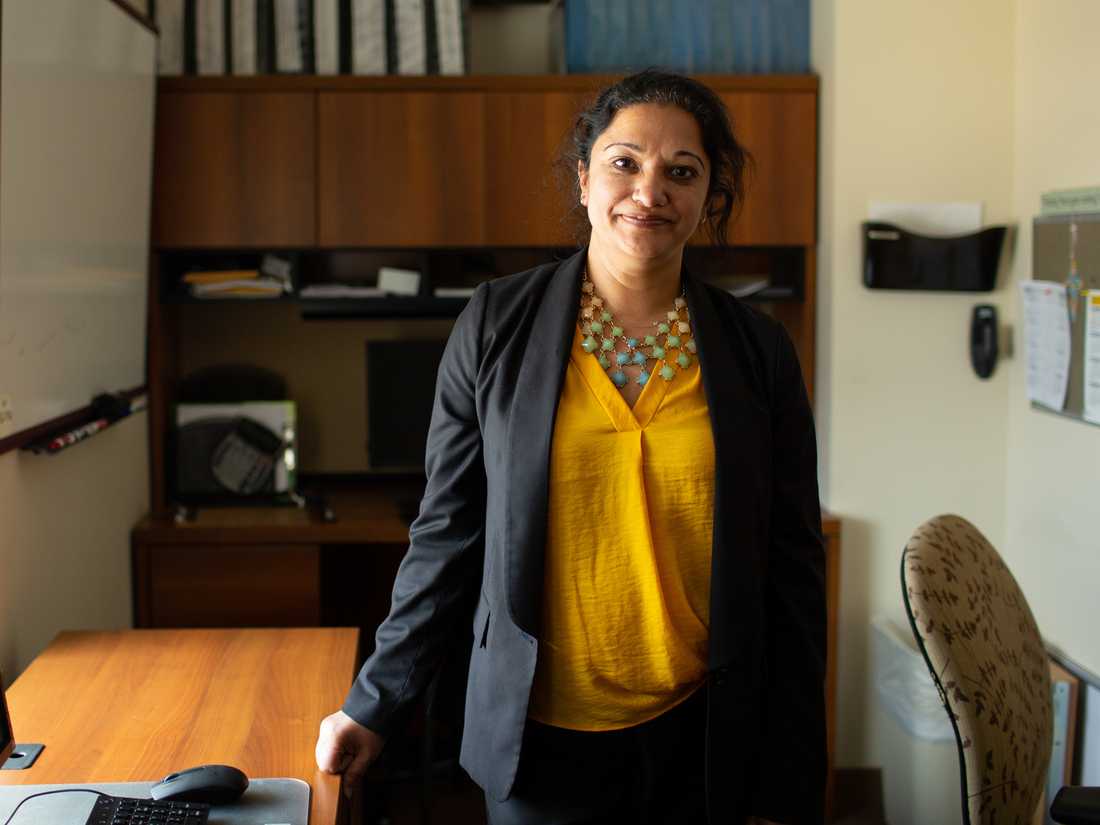 Mohile is a professor of medicine and surgery at the Universtiy of Rochester. She uses geriatric assessments before treating patients at Highland Hospital in Rochester, N.Y. 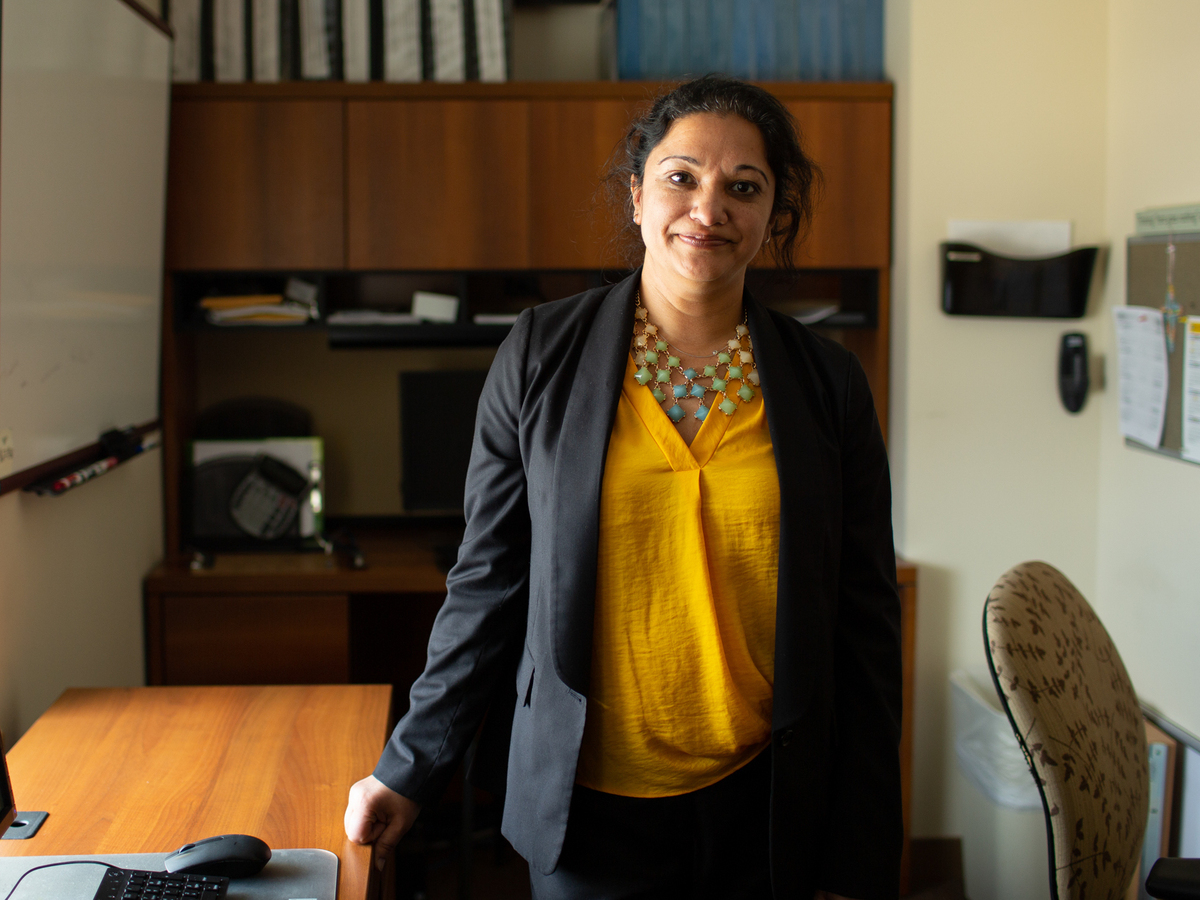 Mohile is a professor of medicine and surgery at the Universtiy of Rochester. She uses geriatric assessments before treating patients at Highland Hospital in Rochester, N.Y.

But these days, “the geriatric assessment is a tool anyone can print out and use,” says Mohile. It’s recently been streamlined and will soon be built into the online health record, EPIC, she says.

Still lack of training among oncologists is an issue, says Mohile.

“Geriatric assessments have been around for a long time, but they have not been traditionally used by oncologists because they haven’t been trained how to do it or use it,” she says.

Matthew LoBiondo Sr., from Conesus, N.Y., was being treated with chemotherapy for a gastrointestinal tumor when Mohile first met him as an inpatient. The 89-year-old was hospitalized because he was weak, dehydrated and not eating. Mohile says the dose of the medication he was on was too toxic for him.

Once she took over his care she weaned him off that treatment, did a geriatric assessment with him and tailored a less toxic treatment plan.

One of the tenets of geriatric assessments is to help physicians select treatments that are best suited for a patient by getting to the core of their physical and mental capacity, regardless of their chronological age.

“The data are clear that the fitness of an older cancer patient, rather than age per se, should be the factor considered” when it comes to cancer treatment, he wrote in an editorial in the Annals of Surgical Oncology.

“Age is a meaningless number. I can see a very active 85-year-old very healthy cancer patient who runs marathons. I can also see a 65-year-old with a lot of other comorbid illnesses who is not as functional. How I treat them for cancer would be different,” says Shahrokni.

When he assesses a patient to be too frail for cancer surgery, he says it doesn’t mean that a patient would automatically go on palliative care.

“You would be amazed at how many other options open,” he says.

A frail patient with lung cancer, for instance, can be redirected from surgery to radiation which is less toxic than chemotherapy and less invasive than surgery.

Geriatric assessments are a way to guide better cancer decision-making, he says.

As more studies about the value of geriatric assessments come out, Shahrokni says he hopes more people will become aware of their importance and find a way to implement them in their practice.

Health problems are less obvious among older adults because of atypical presentations, or because of communication problems due to hearing loss or cognitive impairment. Problems such as psychosocial status, or the environment, increase in importance in older patients because they frequently coexist with health problems and can interfere with their management.

“I think things are moving forward very nicely. In the next 10 years my hope is that not only surgeons and oncologists will do these types of assessments, but patients and their families will demand the health care system to provide a more comprehensive assessment of their functional status before cancer treatment. I think this is going to lead to better outcomes for patients,” says Shahrokni.

Cheryl Platzman Weinstock is an award–winning health and science journalist. This article was written with the support of a fellowship from the Gerontological Society of America, Journalists Network on Generations and the Retirement Research Foundation.

Millions Demand Answers In China After Doctor's Death From Coronavirus