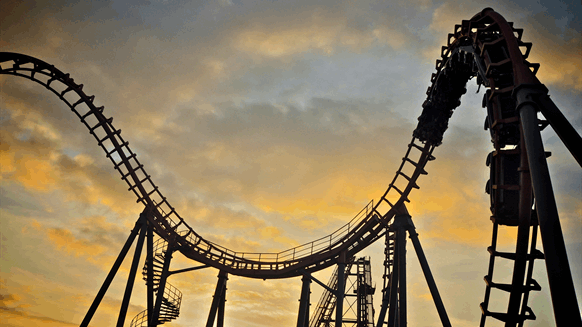 January WTI futures lost 81 cents Friday, settling at $57.77 per barrel. The light crude marker traded within a range from $57.50 to $58.74. Compared to the November 15 settlement, the WTI is up by well under one percent.

Brent crude for January delivery declined 58 cents to end the day at $63.39 per barrel. It also showed a very slight gain week-on-week and is up just one-tenth of one cent.

“It was another roller-coaster ride for crude oil this week as the daily saga of U.S.-China trade relations ebbed and flowed while a bullish inventory report, a continuing decline in drilling activity and a weaker U.S. Dollar helped push prices higher on the week,” commented Tom Seng, Assistant Professor of Energy Business at the University of Tulsa’s Collins College of Business.

Seng observed this past week’s volatility enabled a significant technical move to occur: the WTI managed to test both upper and lower price limits in just two days.

“For the umpteenth week now, the market has changed – on a daily basis – its perspective on a U.S.-China,” said Seng. “The Dow, S&P and NASDAQ all breached new highs this week only to turn lower toward week’s end partly on yesterday’s jobs report, which indicated (unemployment) claims are the highest in five months.”

Seng pointed out that data on manufacturing activity in Europe and Asia showed a lessening decline – and helped to buoy stocks in those areas. Also, he noted the U.S. Dollar – down for most of the week – rebounded Friday and added some weakness to oil prices. Additionally, citing the latest U.S. Energy Information Administration (EIA) Weekly Petroleum Status Report, he noted:

Seng also pointed out the EIA increased its oil growth forecast for the rest of 2019 by 30,000 bpd and for 2020 by 119,000 bpd. He said the majority of the increase is expected to come out of the Permian Basin.

Oil prices are well above the five-, 10- and 20-day moving averages, Seng continued.

“The contract is now in a slightly overbought position relative to overbought/oversold conditions according to momentum indicators,” he said of the WTI. “Today’s volume is solid at over 400,000 contracts.”

“After starting out lower, gasoline prices rallied in concert with crude o,” said Seng. “U.S. inventories of total gasoline rose to 221 million barrels, holding near the center of the five-year average for this time of year. Average U.S. retail prices were only two cents per gallon lower than last year at $2.592 per gallon while NYMEX futures prices are about six cents per gallon above a year ago at $1.635 per gallon.”

Oil Up as US Crude Stockpiles Seen Shrinking  | Rigzone