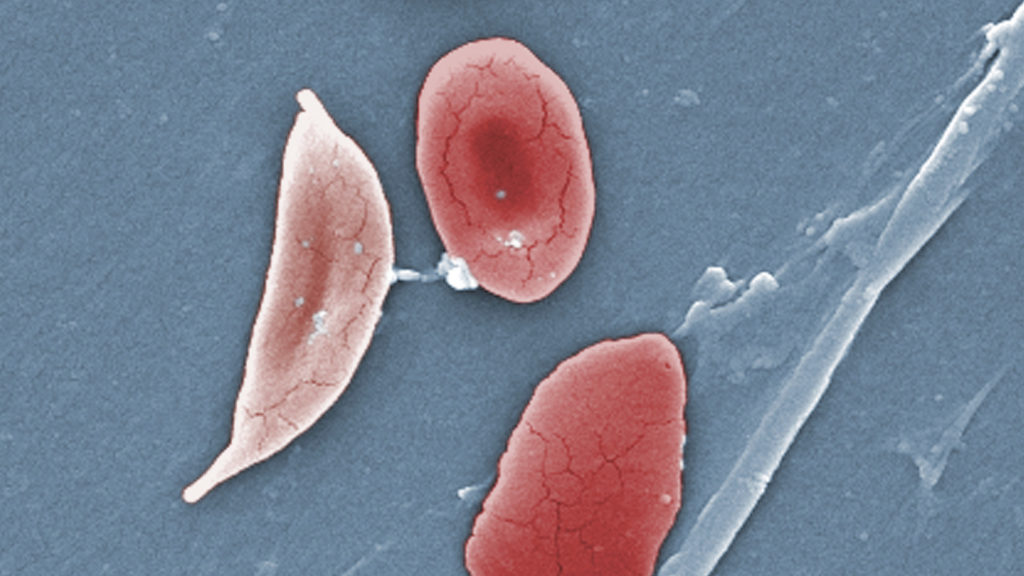 The Food and Drug Administration on Monday approved a once-daily pill for sickle cell disease that works in an entirely new way — by boosting hemoglobin, the oxygen-carrying molecule found in red blood cells.

The novel drug was developed by the biotech firm Global Blood Therapeutics (GBT) and will be sold under the brand name Oxbryta. The drug’s approval came three months earlier than expected.

Sickle cell disease is an inherited disorder that affects about 100,000 people in the U.S., mainly African Americans. The disease results from a mutation in the gene for hemoglobin. Oxbryta works by making oxygen attach more tightly to hemoglobin. By keeping hemoglobin in a highly oxygenated state, the mutation that causes sickle cell disease is covered up, helping the red blood cells maintain a normal shape and preventing them from clumping together inside blood vessels.

“With Oxbryta, sickle cells are less likely to bind together and form the sickle shape, which can cause low hemoglobin levels due to red blood cell destruction. This therapy provides a new treatment option for patients with this serious and life-threatening condition,” Dr. Richard Pazdur, the FDA’s top official in charge of reviewing drugs for blood-related disease and cancer, said in a statement.

Oxbryta will cost $125,000 per year before discounts, Global Blood said.

Oxbryta was approved based on results from a clinical trial that enrolled 274 patients with sickle cell disease and treated them with one of two doses of Oxbryta or a placebo. The results: 51% patients on the higher dose of Oxbryta achieved a hemoglobin response, defined as an increase in hemoglobin of at least one gram per deciliter after 24 weeks. Just over 6% of the placebo patients had the same hemoglobin response. The difference between the two groups was statistically significant.

Before Monday, the FDA had never approved a drug to treat sickle cell disease based solely on data showing an increase in hemoglobin. Typically, approvals have been supported by data showing reductions in episodes of severe pain commonly experienced by sickle cell disease patients. These pain episodes, or crises, often force patients to the hospital.

In the Global Blood clinical trial, Oxbryta reduced the frequency of pain crises compared to placebo by less than one episode per year — an improvement that was not statistically significant. The company also asked patients track their quality of life with iPod-like electronic diaries, but this, too, failed to detect any benefit attributable to Oxbryta.

When the results of the Oxbryta clinical trial were published in the New England Journal of Medicine last June, some sickle cell disease experts raised concerns that patients may not benefit much from treatment.

“Today is a major milestone not only for Global Blood, but, most importantly, for people living with sickle cell disease, their families and those who care for them,” Global Blood’s chief executive, Ted Love, said in a statement.

Technically, the FDA granted accelerated, or conditional, approval to Oxbryta, which means Global Blood will be required to conduct a follow-on clinical trial to confirm the drug’s benefit. That trial will use an imaging technique known as transcranial doppler to measure improvement in blood flow to demonstrate stroke reduction.

Last week, the FDA approved another sickle cell medicine from Novartis (NVS) called Adakveo, which is infused intravenously once per month to reduce the frequency of pain crises. Adakveo is administered based on a patient’s weight and costs between $84,000 and $112,000 per year.

New Insight Into Impact of Battlefield Explosions on the Brain

Antibiotic resistance nearly killed me, so I’m raising awareness of it

Cheaper suburbs lack what Kendall Square has for biotechs: serendipity