With $9.7b buy, Novartis bets that heart drugs are coming back 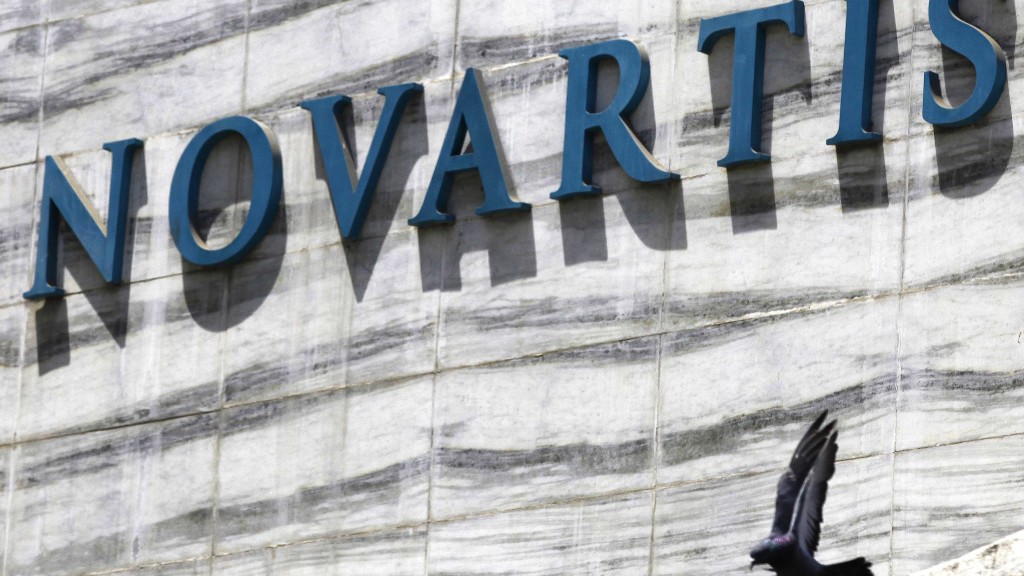 Novartis’ $9.7 billion acquisition of The Medicines Company (MDCO), which the companies announced Sunday after days of rumors, is a story of second acts.

It represents a new chance for a type of cholesterol-lowering drug that was once predicted to generate many billions of dollars in annual sales, but has so far disappointed drug makers and investors, to dominate the landscape for heart medicines. It’s also a triumphant final act for Clive Meanwell, who founded The Medicines Company in 1996 and ran it through a quarter-century rollercoaster ride that saw the firm become a Wall Street darling, fall from favor, and, in the past year, reach new highs. And it’s a second act for The Medicines Company’s current CEO, who previously spent almost four years as the chief executive of Purdue Pharma, the company whose name has become synonymous with the opioid epidemic.

The deal also represents another victory for Alexander Denner of Sarissa Capital, who took control of The Medicines Company’s board last March and is chairman of the company’s board of directors.

“Not so long ago, The Medicines Company was at a crossroads due to the loss of its key revenue driver,” Denner said in a press release. “I am proud of the company’s transformation under a reconstituted board into a lean, highly focused team successfully advancing an exciting new therapy and creating tremendous value for patients and shareholders.”

The Medicines Company’s rise, fall, and subsequent rise also tells the story of how the industry has shied away from heart drugs, which a little more than a decade ago were the biggest sellers among all medicines, even as the heart disease remains the biggest global killer.

“We’re hoping to reimagine treatment of the leading global cause of death,” Novartis (NVS) CEO Vas Narasimhan tweeted after the deal was announced. “This could be a strong step forward in @Novartis’s transformation into a focused medicines company.”

Acquiring The Medicines Company fulfills Narasimhan’s goal of finding outside deals to bolster Novartis’ growth. Novartis has previously pulled off a turnaround of a heart failure drug, Entresto, that initially looked like a flop, and it will be able to use the same sales force to sell The Medicines Company’s drug, inclisiran.

But the deal appears to assume inclisiran will generate more than $2 billion in annual sales, according to a note to investors from Umer Raffat at Evercore/ISI, because The Medicines Company splits profits from the medicine with the biotechnology firm Alnylam, which originally invented it. Inclisiran is a type of cholesterol drug called a PCSK9 inhibitor. The two previous PCSK9 drugs, which generate annual sales of less than $1 billion, were given either once every two weeks or monthly. Inclisiran’s advantage is that it is given twice a year, and the cost of a year’s treatment is expected to be less.

But a big study on whether the new medicine decreases heart attacks and strokes has not yet finished. Novartis’ deal represents a bet that lowering cholesterol, which was the drug industry’s past, will also be its future.

The Medicines Company first caught investors’ attention due to a drug called Angiomax, a blood thinner that was used in some heart procedures. The drug was approved in 2000, and within a few years was generating hundreds of millions of dollars in sales.

One of the biggest dramas around the drug was not medical but legal. In 2001, The Medicines Company had missed a deadline for extending its patent by days, and lobbied hard for a law (critics called it “the dog ate my homework act”) that would give it more exclusivity.  “It’s a draconian penalty for an administrative mistake,’” Meanwell told The New York Times in 2010. He won, and Angiomax sales peaked at $635 million in 2014.

But after that, the company’s sales did plummet, falling to just $45 million in 2016. The Medicines Company had always been based around licensing drugs invented elsewhere and marketing them, and Meanwell searched for another hit. Options included another blood thinner, several antibiotics, and a Pfizer (PFE) drug that had once been heralded as “artery Drano” but eventually failed due to mixed results. But by 2017, it became clear that the best option was a drug Meanwell had licensed from a small biotechnology company.

Alnylam was founded in 2002 around a technology that would win a Nobel Prize in 2006: a process called RNA interference, or RNAi, which could be used to block one of the central processes of life: the production of proteins based on recipes in DNA. This, it seemed, could be a new way of making drugs. (Alnylam, which now sports a $12 billion market cap, just had a second RNAi drug  approved.) The drug Meanwell licensed prevents the PCSK9 gene from making a protein that is key to increasing the amount of cholesterol, including low-density lipoprotein, or LDL, in the blood. LDL increases the risk of heart attacks and strokes.

PCSK9 drugs had already had time in the spotlight. The PCSK9 gene caught drug companies’ attention in 2006 when a paper in the New England Journal of Medicine showed that mutations in the gene lowered LDL and prevented heart disease. One gene, found in African Americans, lowered the risk of heart attacks, strokes, and related problems by 88%. There were even patients with shockingly low LDL levels who seemed perfectly healthy. One, a Texas aerobics instructor, had an LDL of 14 milligrams per deciliter, just one-seventh of the normal level of 100 mg/dL.

Amgen (AMGN) and Regeneron, which was collaborating with the French drug giant Sanofi (SNY), bet on their own PCSK9 drugs. Regeneron’s Praluent was approved in April 2015; Amgen’s Repatha followed that August. It looked like the stage was set for an old-fashioned drug company marketing war. An executive at CVS (CVS) predicted that the drugs could cost the American health system $150 billion a year. Previous cholesterol drugs, like Pfizer’s Lipitor and Merck’s Zocor, had, after all, been among the best-selling drugs of all time.

Instead, the drugs faced resistance due to their $14,000-a-year prices and the fact that they were shots. Even after both drugs had been shown to lower the risk of heart attacks and strokes, sales did not take off. In March 2018, Regeneron offered to lower the cost of Praluent to $8,000 a year or less by offering rebates to insurers. That October, Amgen cut Repatha’s price to $5,850. This February, Regeneron matched Amgen’s move. Sales have increased, but are still low. Repatha sales increased 40% from a year ago in the third quarter of 2019 to $168 million. In the same period, Praluent sales decreased 12% to $70 million.

But by 2017, Meanwell was betting on his PCSK9 drug, inclisiran. He sold off The Medicines Company’s other assets, and focused entirely on running trials for the new cholesterol-lowering drug. It’s possible that the fact that patients can’t forget to take the drug every two weeks could yield bigger reductions in heart attacks and strokes than previous PCSK9s; having a drug that works so long will also mean that if any side effects do emerge, they will be more serious. A 15,000-patient study looking at the long-term effects of the medicine is ongoing.

In December, Meanwell became “chief innovation officer,” ceding the CEO job to Mark Timney, who had served as Purdue’s CEO from 2014 to 2017. At the time, Denner, the chairman, said that Timney’s leadership “will serve the Company well as it embarks on its next strategic phase.” When asked about Timney’s time with Purdue, a Medicines Company spokesperson reiterated that Timney has, in fact, served the company well “during this important strategic phase.”

In the third quarter of 2019, Novartis’ heart failure drug Entresto saw sales jump 60% to $430 million. Now we’ll see if the company can pull off a similar turnaround in the fortunes of PCSK9 drugs.

About Half of COVID-19 Cases Show Digestive Signs