Icahn to Seek Control of Oxy Board  | Rigzone 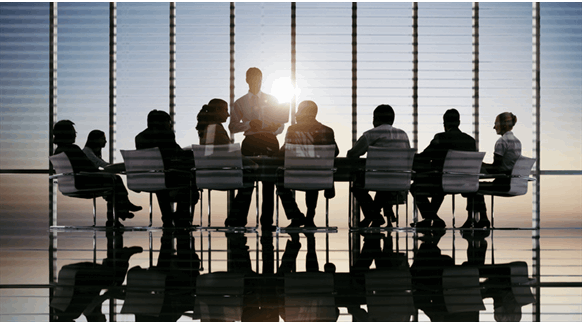 Carl Icahn plans to nominate a slate of 10 directors in an attempt to seize control of the board of U.S. oil and gas producer Occidental Petroleum Corp., according to people familiar with the matter.

(Bloomberg) — Carl Icahn plans to nominate a slate of 10 directors in an attempt to seize control of the board of U.S. oil and gas producer Occidental Petroleum Corp., according to people familiar with the matter.

The billionaire investor, who owns a stake in the company valued at about $1 billion, plans to make his move before the Nov. 29 deadline for nominations, said the people, who asked not to be identified because the matter is private.

Icahn has been a vocal critic of the company — and Chief Executive Officer Vicki Hollub in particular — over its $37 billion takeover of Anadarko Petroleum Corp. completed in August. He has attacked the lack of a shareholder vote and the pricey $10 billion financing the company obtained from Warren Buffett to get the deal done.

Occidental’s stock has slumped 41% since its interest in Anadarko was first reported in April, wiping out about $15 billion of shareholder value. The company is the seventh-worst performer in the S&P 500 index this year.

In a Nov. 8 letter explaining his decision to launch a proxy fight, Icahn said the merger made “no sense” to anyone other than Hollub and certain members of the board, who he said “grossly overpaid” for Anadarko to avoid becoming a takeover target themselves.

Icahn has argued Occidental should launch a strategic review, including a potential sale of the combined company, once the Anadarko deal was completed.

“I believe it has become apparent — perhaps to everyone except Hollub and her board — that OXY’s massive Anadarko gamble is seriously jeopardizing the company’s future value,” Icahn said in the letter, referring to Occidental by its stock symbol.

Houston-based Occidental said this month it plans to cut spending by 40% next year and accelerate asset sales in order to pay down debt and protect its dividend, both of which Hollub described as her “top priorities.” The company said it’s on track to exceed the upper end of its $10 billion to $15 billion asset plan by the middle of 2020, six months ahead of schedule.

Icahn isn’t alone in his criticism of the Anadarko deal and its impact on Occidental. Phil Gresh, an analyst at JPMorgan Chase & Co., has questioned whether Occidental is doing enough given its spending obligations and debt burden.

“Bottom line, we believe there is ‘no easy way out’ of this financial predicament, absent a higher oil price case or a dividend cut,” Gresh said in a note to clients Friday.

Occidental closed Friday at $39.58 a share in New York, giving the company a market value of $35 billion, or about $2 billion less than what it paid for Anadarko.

The question remains whether Icahn will be able to drum up enough support from fellow investors to take control of the board. His effort earlier this year to add four directors fizzled.

While his stake is relatively small, Icahn might find he has allies in the shareholder base, said Vincent Piazza, a senior analyst at Bloomberg Intelligence. Institutional investors are increasingly seeking a say in the direction of the company in terms of governance and other issues, he said.

“It’s a ‘show me’ story,” Piazza said. If Occidental misses any of its financial or operational targets, “I think you’ll definitely find a chorus of opposition and activists growing more vocal.”

–With assistance from Kevin Crowley.