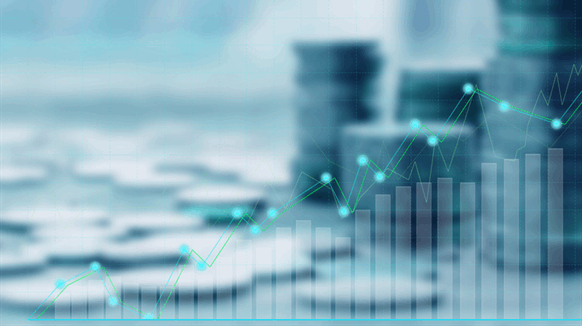 One of the world’s sludgiest crudes is getting a curious price boost just weeks before the introduction of ship-fuel rules that were expected to sap demand for heavier oil.

(Bloomberg) — One of the world’s sludgiest crudes is getting a curious price boost just weeks before the introduction of ship-fuel rules that were expected to sap demand for heavier oil.

Iraq’s Basrah Heavy commanded premiums of $1.70 to $2 a barrel over its official selling price for December shipments in the spot market last week as Chinese and Korean refiners went on a buying spree. That’s more than double the previous month and the widest gap since August-loading cargoes.

Demand for sulfurous grades had been expected to fall due to the IMO 2020 rules — which discourage the use of high-sulfur fuels — that take effect Jan. 1. That’s because these types of crudes can only be processed into less-pollutive fuels including diesel at a limited number of refineries in Asia and on the U.S. Gulf Coast.

The most obvious reason for why things are not turning out this way is the U.S. sanctions on Iran and Venezuela, which have crimped supply of the heavier oils those nations produce. Output cuts by OPEC+, the attacks on Saudi Arabia and growing protests in Iraq, which may be spurring more buying now in case the situation deteriorates, are also likely contributing.

There are many questions around the recent surge in heavy-sour crude prices, said Vandana Hari, founder of consultancy Vanda Insights in Singapore. While some of the strength can be attributed to lower supply from sanction-hit Iran and Venezuela — factors that aren’t new — a fear of disruptions and tightness in this sector is creeping into the equation, she said.

Iraqi state-marketer SOMO set Basrah Heavy’s official selling price at a sharp discount to the nation’s benchmark Basrah Light for December, which may have also enticed buyers to seek extra supplies of the grade.

Basrah Heavy yields a large proportion of high-sulfur fuel oil when processed in simpler refineries, and under the IMO 2020 rules ships without pollution-reducing kits will be banned from using fuels with a sulfur content of more than 0.5%.

Unipec, the trading arm of China’s state-owned oil giant Sinopec, and South Korean refiners that have the ability to do this are the buyers who have snapped up Basrah Heavy this month, according to traders. Meanwhile, Asian refiners Zhejiang Petrochemical Co., Hengli Petrochemical Co. and Hengyi Petrochemical Co. have all started plants this year that will be able to run heavier grades in the longer run.

Iran and Venezuela exported a combined 578,000 barrels a day of crude to Asia in October, compared with more than 2 million a day in February and March, according to data intelligence firm Kpler.

The curtailment of crude exports from Venezuela and Iran has significantly reduced heavy-sour crude availability this year, said Serena Huang, an analyst at ship-analytics firm Vortexa in Singapore. But demand from the complex refineries China, India and the U.S. that can process it into high-value fuels will stay robust despite IMO 2020, she said.

Serene Cheong in Singapore at scheong20@bloomberg.net;

Sharon Cho in Singapore at ccho28@bloomberg.net