Swimming and deep brain stimulation do not mix, researchers warn 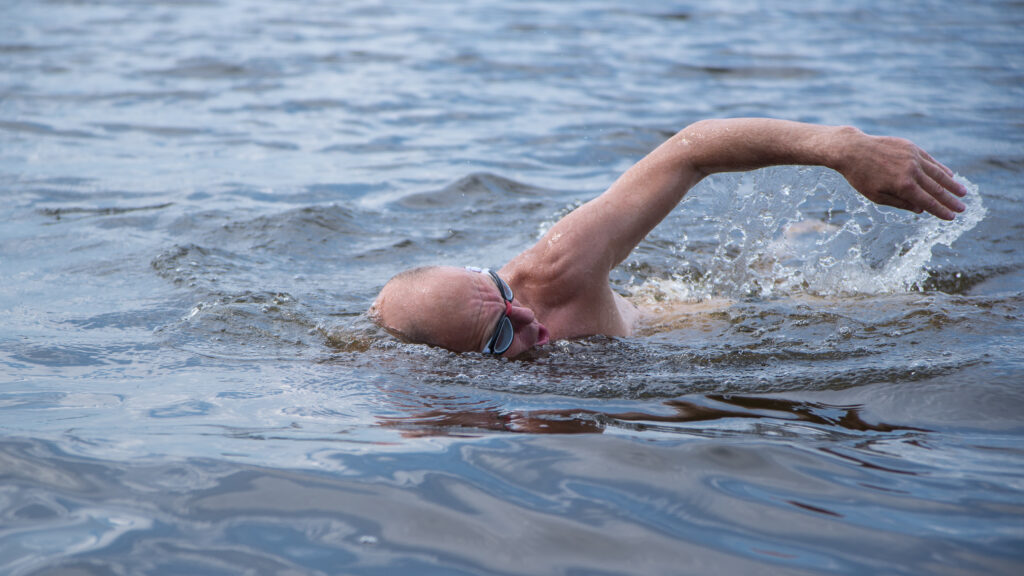 For people with Parkinson’s disease, deep brain stimulation can calm the tremors and tame the unwanted movements that come with the progressive neurodegenerative disease. Electrodes implanted in the brain, controlled by a device placed under the skin of the chest and equipped with an on-off switch, can ease troubling symptoms and synchronize complex motions.

A new paper reports a worrying development: Nine proficient swimmers lost their ability to swim after DBS surgery for Parkinson’s, even though the implant improved other movements — walking, for one — that require coordination of the limbs. Why swimming mastery disappeared remains a mystery, but the doctors who described the cases Wednesday in Neurology wanted to sound an alarm right away.

“Patients and neurologists should be aware of the potential loss of the ability to swim following subthalamic DBS,” Dr. Christian Baumann, study co-author and an associate professor of neurology and a neurologist at University Hospital Zurich, told STAT. “We warn all patients to be cautious when going into deep waters.”

One patient, a 69-year-old man who owned a lakeside house, found this out in dramatic fashion. “Feeling confident after DBS because of his good motor outcomes, he literally jumped into the lake, where he would have drowned if he had not been rescued by a family member,” the researchers wrote.

A 61-year-old woman complained that although she was a competitive swimmer who had regularly raced across Lake Zurich, when her DBS was activated, she could swim only a little over a tenth of a mile, and only with an awkward stroke.

When three other patients switched off their DBS devices, they could immediately swim again. But their other movements and neuropsychological symptoms deteriorated so rapidly that they turned the DBS back on.

Deep brain stimulation, approved to treat Parkinson’s in the U.S. in 1997, has become the standard of care for people whose tremors and motor fluctuations are no longer responding to medical treatment. After other Parkinson’s drugs stop working, patients typically take levodopa, a precursor to dopamine, to restore levels of the neurotransmitter that their bodies no longer make in sufficient quantities. But levodopa’s effects fade, too. Doses wear off, patients sometimes freeze while walking, and they have involuntary movements.

Instead of restoring dopamine, DBS sends electrical signals from surgically implanted electrodes directly to neurons thought to be responsible for movement. Why patients could still walk but not swim made the researchers wonder if DBS affects the brain in a different way than levodopa does. Patients with DBS, which they can turn on when needed to control tremors, continue to take levodopa.

“I think that imprinted synchronized activity in different brain structures, which have been learnt, may be changed by DBS, i.e. the change of activity in one network piece alters the whole network, which might explain this outcome,” Baumann said. “But this is hypothetical.”

Dr. Michael Okun, medical director of the Parkinson’s Foundation and executive director of the Norman Fixel Institute for Neurological Diseases at University of Florida Health, noted the preliminary nature of the case reports as well as changes in how much dopamine the patients were taking after DBS. He was not involved in the study.

“All of the patients in their series had dopaminergic reductions in medication greater than 50% post-surgery and it is possible that this factor may have played a large role in the decline in function,” he said. “Proper prospective testing of the device in the on- and off-medication condition, as well as in the pre- and post-operative testing conditions, will be required to sort out the root causes of this phenomenon. In the meantime, Parkinson’s patients with or without DBS should not swim without a buddy.”

Other complex motor behaviors, such as skiing, playing golf, or skating, might also be affected, Baumann said. But swimming is the most worrisome — not just for people with DBS, Okun warned.

“One important piece of advice for all Parkinson’s patients is to never swim alone,” Okun said. “The risk of medication wearing off and freezing has been known to be associated with drowning in Parkinson’s disease regardless of whether or not a deep brain stimulator has been implanted.”

Some Patients Could Show COVID-19 Symptoms After Quarantine

Trump should do more to bolster drug pricing bill