From West Virginia, the end of HIV transmission is a distant dream 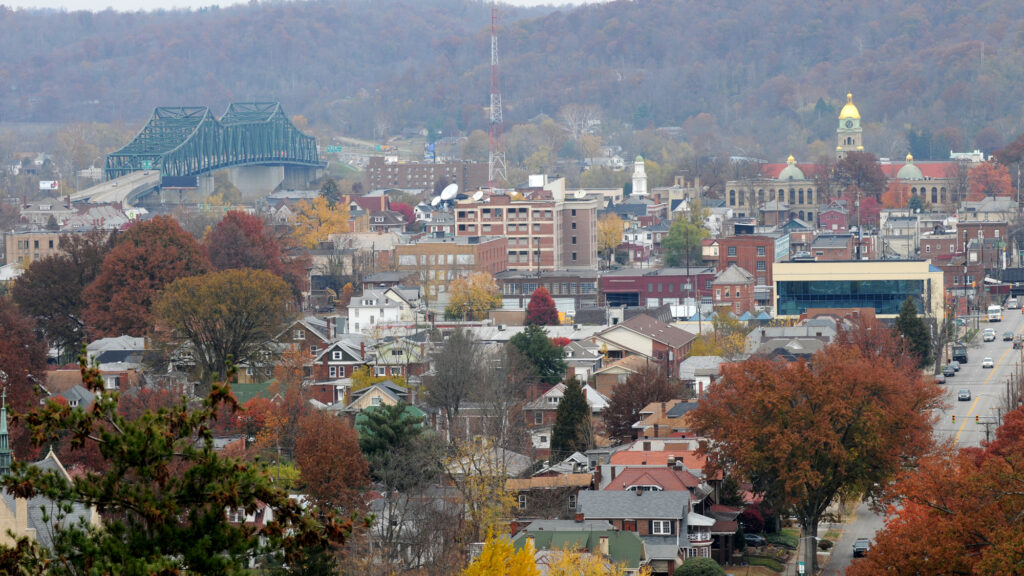 “End the AIDS epidemic” seems to be the battle cry of the day. It’s a lofty goal that we all hope is attainable. But if West Virginia, where I live and work, is any indication, we have far to go.

Sunday is the first World AIDS Day since President Trump announced in his 2019 State of the Union address a federal initiative to reduce new HIV infections in the United States by 75% in five years and by 90% by 2030. A plan to end the epidemic shows how far we have come since the first World AIDS Day in 1988, when a call was sent for solidarity against a pandemic that was taking a terrifying toll on families, communities and countries, and for a commitment to end its global impact.

The view for me goes back to 1982, when I began my training in infectious diseases at UCLA. That was a year after the first published report, from Los Angeles, of what came to be known as AIDS. At the time, a diagnosis of AIDS meant imminent death. The determination of researchers and clinicians and public health experts to understand HIV, the virus that causes the disease, and to provide effective and humane care for those infected with HIV have had remarkable payoffs. Today, antiretroviral medicines can control HIV and help people live long lives. It can also prevent sexual transmission of HIV to others.

During the Reagan administration, political will in Congress provided funding for the research that has turned the tide on AIDS, making HIV infection a chronic, manageable disease. Over the years, the passage of the Ryan White CARE Act and the President’s Emergency Plan for AIDS Relief (PEPFAR) showed what informed policies can do to help bring those advances to people in need in the U.S. and around the world.

The view ahead, however, is cloudy. On the first and most practical level, the president’s Ending the HIV Epidemic: A Plan for America initiative, announced with ambition and greeted with hope, remains in limbo. Congress has so far failed to pass a spending bill for the coming year, and while an agreement to keep the government running was reached under last year’s spending bill, Congress has not acted to fund new programs, and that includes the End the Epidemic initiative.

That is a shame. In West Virginia, where I study the intersection of substance use disorders and infectious diseases associated with injection drug use, there’s an urgent need for immediate action.

My view includes Cabell County, where there were just eight new HIV diagnoses a year for the past six years until late last year. Since then, 81 people have been diagnosed through the end of October 2019, with one to two new cases being recognized each week. Amid the unemployment and hopelessness that have helped drive an epidemic of injection drug use, the outbreak has continued and HIV pre-exposure prophylaxis remains a hard sell among people who inject drugs: Just seven individuals have accessed free care and medication at the Cabell Huntington Health Department.

The numbers in Cabell County would be worse if it were not for a program begun in late 2015 through which people who inject drugs can exchange used needles and syringes for sterile ones, be offered testing and treatment for infections that include HIV, and be connected with treatment for substance use disorders.

In Charleston, the state capital, where another HIV outbreak is emerging, a syringe services program that had served more than 6,000 clients was closed in early 2018 in the face of political opposition.

My view also includes the counties in the southern coalfields and other central Appalachian communities. With the exception of those in Kentucky, which is one of seven states targeted for new resources in the Ending the HIV Epidemic initiative, most of these communities will not receive additional resources under the plan. Yet they are the very heart of the current drug epidemic and serve as a breeding ground for the spread of infectious diseases driven by injection drug use and an increasingly porous safety net.

My broader view, as chair of the HIV Medicine Association, a society of HIV clinicians and scientists, looks across America. Here, even as the president’s initiative highlights the disproportionate impact of the HIV epidemic in the U.S. on men who have sex with men and transgender women, there’s a resurgence of discriminatory policies and practices under rule changes promulgated by the Trump administration.

This view takes in sexual and reproductive health programs that have closed because of a domestic gag rule restricting support for organizations that provide abortion referrals. It also encompasses the 14 states that have yet to make health care coverage accessible under the Medicaid expansion included in the Affordable Care Act that was passed nearly a decade ago.

Three decades after the first World AIDS Day is not the time to give up hope that this pandemic can be ended. We have the tools to do that, even without an effective vaccine: diagnosing those who have HIV, helping them get and stay on medication that not only keeps them healthy but prevents transmission to others, and providing medication that prevents infection to individuals at high risk of acquiring HIV. Now is not the time to give up the fight, or to forget the role that political will must play in winning it.

Congress should move swiftly to pass the 2020 spending bills and launch the initiative to end HIV as an epidemic. But policymakers must also do more. Ending this epidemic means we also need a plan to end the epidemic of substance use disorders by getting at their root causes with proven policies and practices, to topple barriers to health care access, and to confront bias and stigma and the discriminatory neglect to which they lead. We need to act now, before we lose another generation to the devastation of both HIV and substance use.

They have ‘Alzheimer’s brains’ but no symptoms. Why?