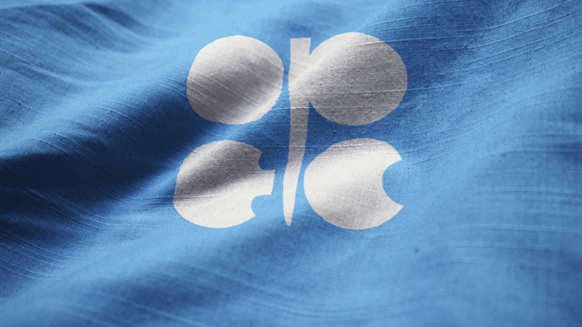 OPEC+ is poised for a debate about lax implementation of oil-production cuts in Vienna this week.

(Bloomberg) — OPEC+ is poised for a debate about lax implementation of oil-production cuts in Vienna this week, with Russia asking to discuss a rule change that would exclude some of its oil production from the group’s quota.

Ministers from some of the world’s largest oil producers are gathering this week, and typically their discussions wouldn’t focus on a niche hydrocarbon called condensate. Yet as Saudi Arabia signals impatience with fellow members who aren’t implementing their pledged curbs, Russia’s rebuttal may focus on the accounting method for this light oil that’s a byproduct of natural gas.

Underlying the discussions in the Austrian capital on Dec. 5 to 6 will be a disparity at the heart of the alliance between the Organization of Petroleum Exporting Countries at its allies. Since the coalition came together in late 2016, Saudi Arabia has consistently led by example by cutting deeper than required, while other nations such as Iraq, Kazakhstan and Nigeria have made only sporadic efforts to comply.

In particular Russia, joint architect of the OPEC+ alliance and its largest producer, has consistently pumped too much, achieving its target in just three months this year when chemical contamination shut down a major pipeline. Energy Minister Alexander Novak has offered several explanations for his country’s poor compliance, most recently blaming it on the startup of new natural gas fields that added more condensate into Russia’s oil mix.

“In general, I think we have a good level of compliance,” given that statistics include condensate output that has risen significantly, Novak told reporters in Moscow on Tuesday. Excluding the increase in condensate production, Russia would be cutting in line with its target of 225,000 to 230,000 barrels a day, he said.

Condensates are excluded from OPEC production numbers, dating back to the days when the cartel’s production quotas were first established and they developed a formula to determine what was counted as crude oil. So excluding them would bring Russia into line with the rest of the group. However, it would also complicate what may already be tricky discussions about the outlook for the market in 2020 and the possible extension of the current output curbs beyond their end-March expiry.

Excluding Russian condensates would also affect the October 2018 production baseline for the country’s output reduction. Other non-OPEC countries may also request the same treatment, notably Kazakhstan, where the liquids production from the huge Karachaganak project is mostly condensate.

Gas condensate accounted for about 6% of Russia’s total oil output last year, according to VTB Capital. Rosneft PJSC, Gazprom Neft PJSC and Novatek PJSC would be the biggest beneficiaries if the hydrocarbon was excluded from the country’s quota, the bank said.

The OPEC+ meeting could be contentious and there aren’t many reasons to be optimistic for a bullish outcome, said Bjarne Schieldrop, chief commodities analyst at SEB.

“OPEC is fighting it out in Vienna this week,” he said in a note. “Free-riding on Saudi Arabia is not an option for the next six months, and that’s a chilling message to both markets and to OPEC+.”

–With assistance from Julian Lee.

Olga Tanas in Moscow at otanas@bloomberg.net

US Rig Count Still in Freefall at 301  | Rigzone

US LNG Giant Signaling It May Curb Production  | Rigzone