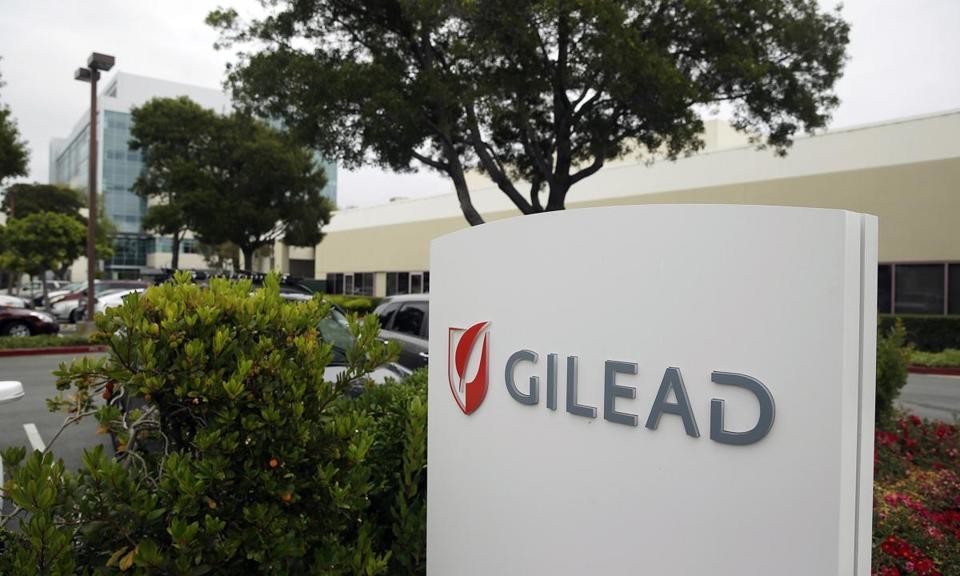 In an unusual move, an advocacy group asked federal authorities to reject a request by Gilead Sciences (GILD) for a three-year patent extension on an HIV drug because the company allegedly lied about important information in its application.

The group argued in an emergency petition with the U.S. Patent and Trade Office that Gilead concealed a decision to delay development of the drug, called TAF, in order to thwart generic competition and “game” the patent system. In the process, the company reaped billions of dollars in additional sales while knowingly marketing an older drug that was not as safe or potent.

“If the PTO approves the patent extension, it would set an extremely disturbing precedent in which a drug company can intentionally delay development of a drug it believes is safer. And it could not only impact HIV treatment for decades to come, but also every facet of the American health care system,” said James Krellenstein, a member of the PrEP4All Collaboration that filed the petition.

A Gilead spokesman wrote us that the petition “lacks merit” and conflicts with rules for awarding extensions.

The petition, which may face an uphill battle under existing rules, opens another front in a long-running struggle between AIDS activists and the drug maker. Gilead has repeatedly come under fire for charging prices that critics say have made its AIDS pills unaffordable to some patients. Last May, activists filed a lawsuit claiming the company struck anti-competitive deals with other drug makers to block generics.

Recently, the Trump administration appeared to take up the cause. Last month, the Department of Health and Human Services filed a lawsuit claiming Gilead infringed on government patents for a pair of HIV medicines and refused to reach a licensing deal. Despite this particular spat, Gilead is proceeding with a program to donate enough HIV medicine to cover up to 200,000 patients over the next 11 years.

The petition cites events that also figure prominently in the lawsuit filed by AIDS activists. Both cases point to a 2004 decision by Gilead to halt development of tenofovir alafenamide, or TAF, a key component in many HIV medicines. At the time, Gilead was already selling the older tenofovir disoproxil fumarate, or TDF. Although effective, TDF is not well absorbed by the body, so a large dose is needed. And long-term use can cause kidney toxicity or loss of bone mass.

And so, Gilead had been developing TAF, which is similar, but could be taken in smaller doses and therefore posed a lower risk of causing those side effects. In fact, the company told investors in May 2004 that clinical testing begun two years earlier demonstrated superior benefits, according to the lawsuit and the petition. A study published in 2014 underscored the point.

But in 2005, the drug maker unexpectedly halted development of TAF. At the time, the company explained TAF was “unlikely” to “be highly differentiated” from TDF. The timing was noteworthy, according to the petition, because a newly approved pill based on TDF and called Truvada was being launched to treat HIV. Later, Truvada was approved for prevention, as well.

By 2011, however, the reason for the maneuvering became clear. At an investor conference, John Milligan, who was president, said “one of the reasons why we were concerned about developing [TAF] was we were trying to launch Truvada versus [a competitor HIV drug] at that time. And to have our own study suggesting that [TDF] wasn’t the safest thing on the market, which it certainly was at the time. … It didn’t seem like the best. It seemed like we would have a mix[ed] message.”

By then, Gilead had resumed development work on TAF and, in fact, had won a patent in 2010, which is also when the company restarted a marketing application with the Food and Drug Administration. Currently, the patent expires in 2022, but the drug maker is seeking an additional three years, until 2025, during which time the advocacy group argued the company will unfairly rack up huge sales.

The Gilead spokesman added that “patient safety is of foremost importance to us and any implication that Gilead delayed the development of a drug known to be safer than TDF is false.” The company has previously denied the allegations in the lawsuit filed by the activists.

Meanwhile, the issue has sparked anger from some lawmakers, who were alerted to the petition.

“It is an absolute disgrace that in America, a greedy drug company like Gilead can deprive hundreds of thousands of Americans of lifesaving HIV medicine to extract more profit, then lie about it, and then have the audacity to ask the U.S. government to award it with a longer monopoly to reap tens of billions more in profits,” said Sen. Bernie Sanders (I-Vt.). “The U.S. Patent and Trademark Office must not reward Gilead for its illegal and immoral behavior.”

Whether the PTO will review the petition remains to be seen. Normally, an objection by an outside party is not permitted unless there is an “extraordinary situation,” according to PTO rules. The advocacy group argued this is such a situation, because Gilead failed to properly disclose in its patent application the decision to delay TAF development.