Sanofi aims to make Dupixent a $10B drug, sell Cialis over the counter 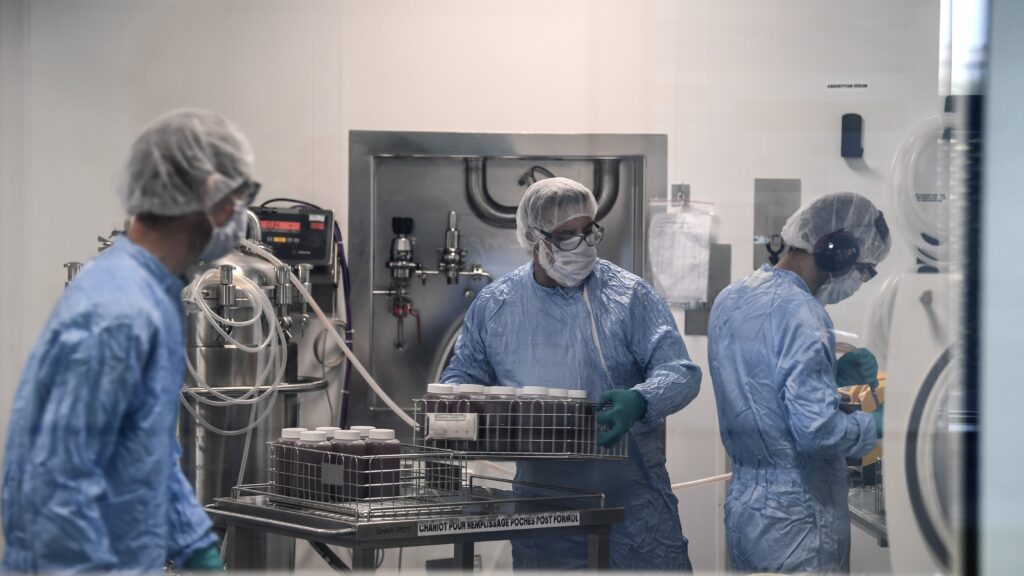 The new CEO of Sanofi (SNY), the French drug giant, believes that its drug Dupixent, for the treatment of severe rashes and asthma, could surpass $10 billion in annual sales.

Paul Hudson, who became CEO in September, said Monday that growing sales of Dupixent, which is sold with the U.S. biotech Regeneron, would be Sanofi’s top priority. It “has the chance to be one of the most successful medicines in the history of the industry, built on the back of patients with huge unmet need who are living horribly debilitated lives, who can reach, in many cases, normal lives,” Hudson said.

Sanofi will also make a big bet on its consumer division in the U.S., where it hopes to receive regulatory approval to sell Cialis, the erectile dysfunction treatment, and Tamiflu, the flu drug, as over-the-counter medicines.

The news comes ahead of a major statement about the company’s strategy at a meeting with investors scheduled for Tuesday. As made clear by the company’s high-stakes $2.7 billion purchase of biotech firm Synthorx (THOR) on Monday, Hudson is concerned with making faster decisions and focusing Sanofi’s efforts more narrowly, trying to infuse energy into a French drug giant that has often seemed an afterthought to many pharmaceutical investors.

That transition will come at a cost. Sanofi was built on Plavix, one of the best-selling heart drugs ever. It currently sells Lantus, a long-acting insulin that was the best-selling insulin in the world. But Sanofi will exit research in diabetes and cardiovascular disease, finishing studies on a major diabetes medicine it is developing without plans to bring it to market.

Hudson said Sanofi will “step back from some areas we are deeply ingrained in for many years and that proudly formed the beginnings of the company in many ways, in diabetes and cardiovascular.” The decision, he said, was not caused by the pressure on the prices of diabetes drugs or the political flack companies are catching for the price of insulin, but because launching a new diabetes medicine would require money that Sanofi believes should be invested in other research.

Sanofi will also be “right-sizing” its efforts to promote two other Regeneron drugs: Praluent, for high cholesterol, and Kevzara, for rheumatoid arthritis.

Hudson said he expects sales of Sanofi’s vaccines business to grow at mid-to-high single digits. It will focus on oncology, hematology, rare disease, neurology, and the Chinese market, where Sanofi has been strong. It will give top priority to six experimental drugs, including two for hemophilia and single entrants in rare disease, cancer, infection, and multiple sclerosis.

The consumer health care business will be made “a standalone business” in order to allow it to grow faster. Hudson said that opportunities to launch big prescription drug brands as over-the-counter drugs are rare, because the Food and Drug Administration must be convinced patients do not need a doctor’s help to try the medicine. But he said Sanofi believes that it can get there with both Cialis and Tamiflu. At that point, sales would grow rapidly, and then eventually drop as other, generic versions of the same drugs would be allowed to enter the market.

Hudson plans to increase Sanofi’s business operating margin from 25.8%, where it was last year, to 30% by 2022, and then again to 32% by 2025. The company is also announcing “efficiency initiatives” that will generate more than $2 billion in savings by 2022 by limiting spending on some businesses and squeezing costs from areas like procurement.

The six drugs that Hudson is prioritizing are as follows:

Hudson referred to these drugs as “hidden gems” and said that Sanofi has been “in many ways a well-kept secret.” He added: “And I can do much better myself to make sure that we’re not too well kept a secret and that we get to show and prove along that journey that we are capable of doing great things in health care and for the people both who get treated and the people that work in the company.”

Problems with medicines may be vastly underreported to the FDA