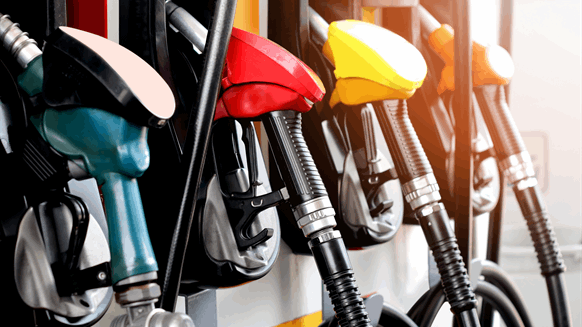 The president, who is counting on a robust economy to win re-election in November and maintain Republican control of the Senate, is banking on record-shattering surges in domestic oil production to absorb any shocks unleashed by his moves on Iran. “We do not need Middle East oil,” he said Wednesday.

But Trump’s confidence belies U.S. refineries’ continued reliance on heavy grades of crude from the Middle East as well as warnings from oil analysts that renewed tensions — or a strike on energy infrastructure — could still pinch American consumers at the pump.

“Americans don’t pay close attention to foreign policy,” but “they do care about gasoline prices,” said Dan Eberhart, a Republican financier and chief executive of drilling services company Canary LLC. “The fear of gasoline prices spiking will make President Trump want to have a more muted military response to this Iranian situation.”

Any attacks designed to disrupt the flow of oil could drive up the costs of both crude and the gasoline refined from it, shaking up the politics of energy for Trump and his Democratic rivals. Moves in oil are often followed shortly by shifts in gasoline prices — and motorists frequently hold presidents and other politicians in power accountable for increases.

Analysts and energy executives aren’t expecting big price increases without a major escalation, because of weak demand and ample oil supplies, fed by a boom in U.S. production that cushions the country from disruptions overseas. Still, they are mindful that amid unpredictable conflict, any enduring increase sending gasoline above $3 per gallon could siphon votes from Trump in November while dampening enthusiasm for 2020 Democrats’ campaign promises to ban fracking for oil and gas and limit domestic energy development.

“High oil prices in an election year generally don’t help a president,” said James Lucier, the managing director of research firm Capital Alpha Partners. But traders aren’t expecting big, sustained price spikes, and “you would need to see $3 a gallon prices on a sustained basis until it becomes an issue,” Lucier said.

Trump also appears inoculated from some of the political risks that would have harmed his White House predecessors, though it’s not clear if that immunity extends to gas prices, which averaged $2.59 per gallon Friday, according to auto club AAA.

“Prices have been so moderate for so long that drivers aren’t afraid,” even though “campaigning against fracking corresponds to advocating something like a $1-per-gallon price hike,” Kevin Book, managing director of ClearView, said by email. “An Iran-induced price spike could change that calculation by reminding low-and-middle-income drivers how much price spikes hurt and making them think about what anti-fracking policy or aggressive climate mitigation policy might mean for their bottom lines.”

Democrats can seize on simmering Middle East conflict and even the prospect of jumping prices as evidence the U.S. urgently needs to shift away from liquid petroleum fuels and accelerate the development of alternative energy and electric vehicles.

Confronting climate change has been a priority for Democrats seeking the presidential nomination, and so far, there are no signs those candidates have shifted their approach in response to Iran-U.S. tensions.

Archer Rig to Mobilize in UKCS for 21-Well Campaign  | Rigzone