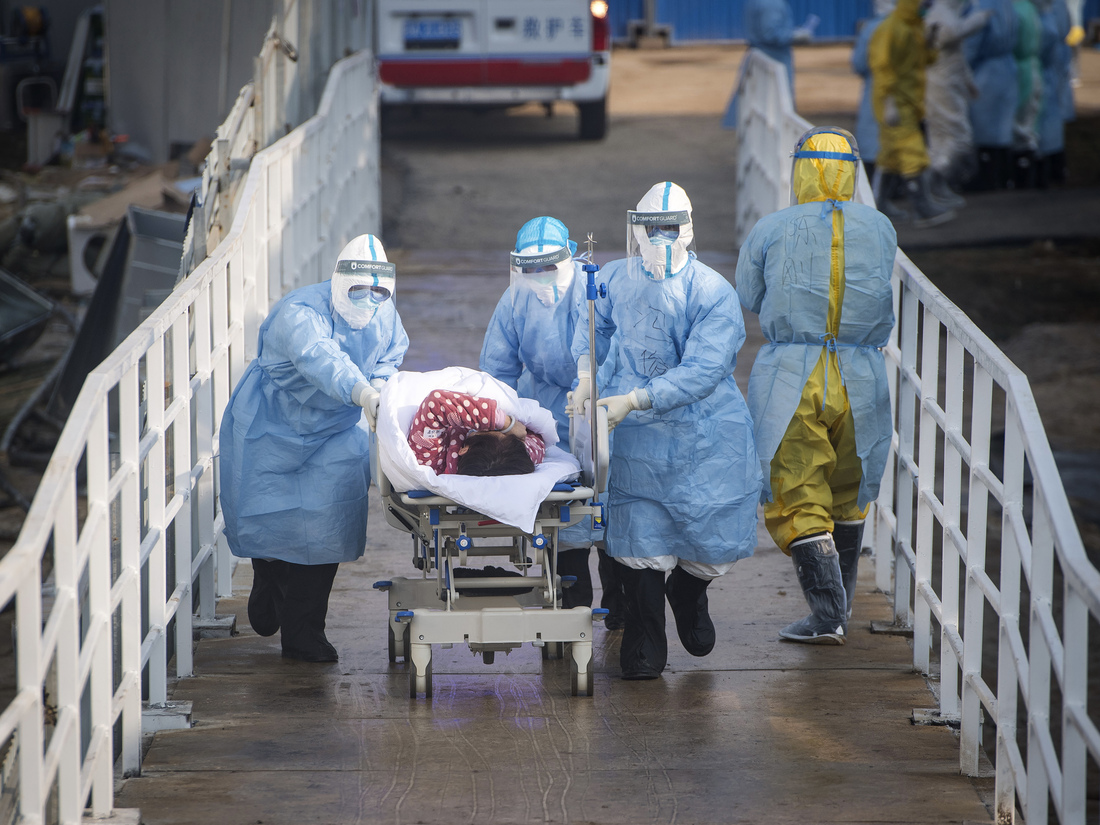 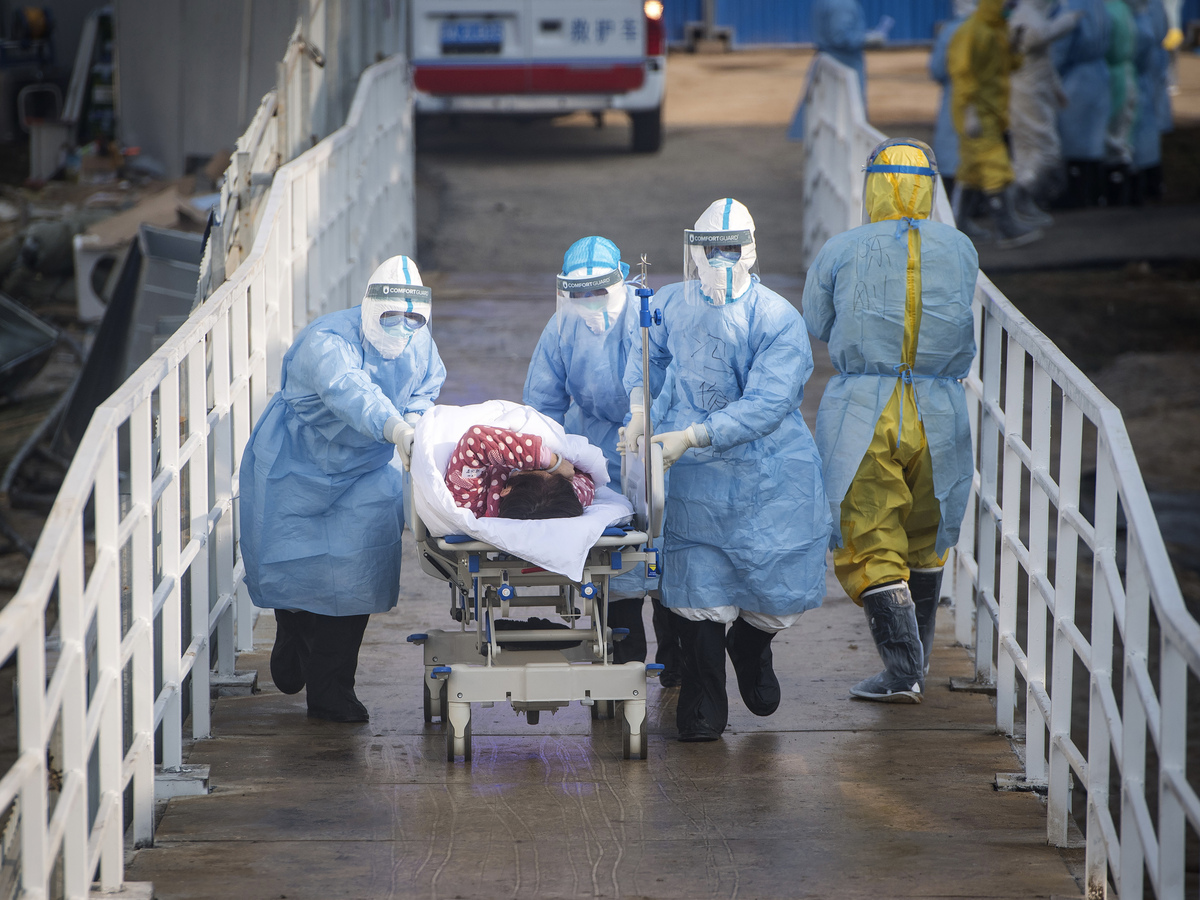 First came Liu Xiaohong’s fever and a constant, throbbing ache. Then six days later on Jan. 31, her fever still raging, Liu desperately rushed by bike to the nearest hospital; taxi services had been suspended days earlier as part of a citywide lock down.

Doctors did a CT scan of Liu’s lungs and concluded that day she likely had the new coronavirus. Twelve days after falling ill, Liu is now waiting in a makeshift isolation ward for confirmation from a virus screening test so she can finally be admitted to a hospital.

“There is absolutely no medical care here. They come and take your temperature each morning and night,” Liu told NPR from her bed in the Chinese city of Wuhan. Stomach pain and her worsening respiratory condition have left Liu struggling to breathe and talk.

“All I am hoping for now is a bed in a hospital,” she said. “But there are no hospital beds.”

Scientists and public health authorities in China and around the world have mobilized quickly to identify and treat a global outbreak of this new strain of the coronavirus. But in Wuhan, which has fully a third of the more than 24,000 confirmed cases of the illness as of Wednesday, overwhelmed hospitals are struggling to screen all potential cases and to treat the ever-growing number of patients.

NPR spoke to more than a dozen families with confirmed or suspected cases of the coronavirus. They recounted days of waiting in line to be screened with little more than an intravenous drip as treatment.

Hospitals are so full that without an official coronavirus diagnosis, Wuhan residents say they cannot get care, leaving those with potentially fatal cases of seasonal pneumonia and influenza untreated.

Many such cases are being sent to makeshift isolation wards in requisitioned hotels or clinics to keep them apart from family members while they wait to be screened. Even those who test positive can wait days more for a hospital bed, increasing the risk of infection for others.

“We are bitterly disappointed in the attitude of our public officials. One after another they tell us they do not know who we should contact for help,” said Wuhan resident Pan Yifei.

Pan’s grandmother suddenly died from a pneumonia-like illness on January 25, early enough in the outbreak that health workers were unable to confirm whether she had the coronavirus. But there was no time to mourn; Pan’s aunt, mother and father are now ill with similar symptoms. Only her father, Pan Bing, has been officially diagnosed with the coronavirus and is waiting to be admitted to a hospital. 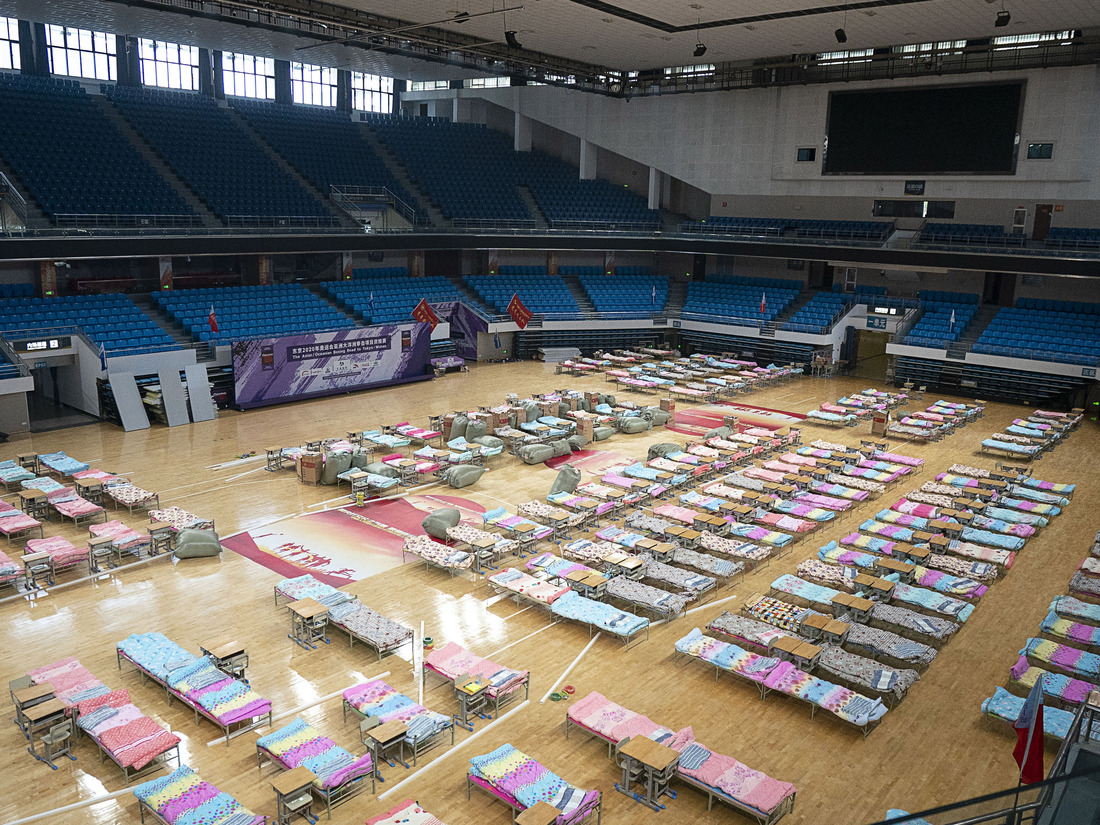 In this photo released by China’s Xinhua News Agency, beds are seen in a temporary hospital set up in the Hongshan Gymnasium in Wuhan in central China’s Hubei Province. 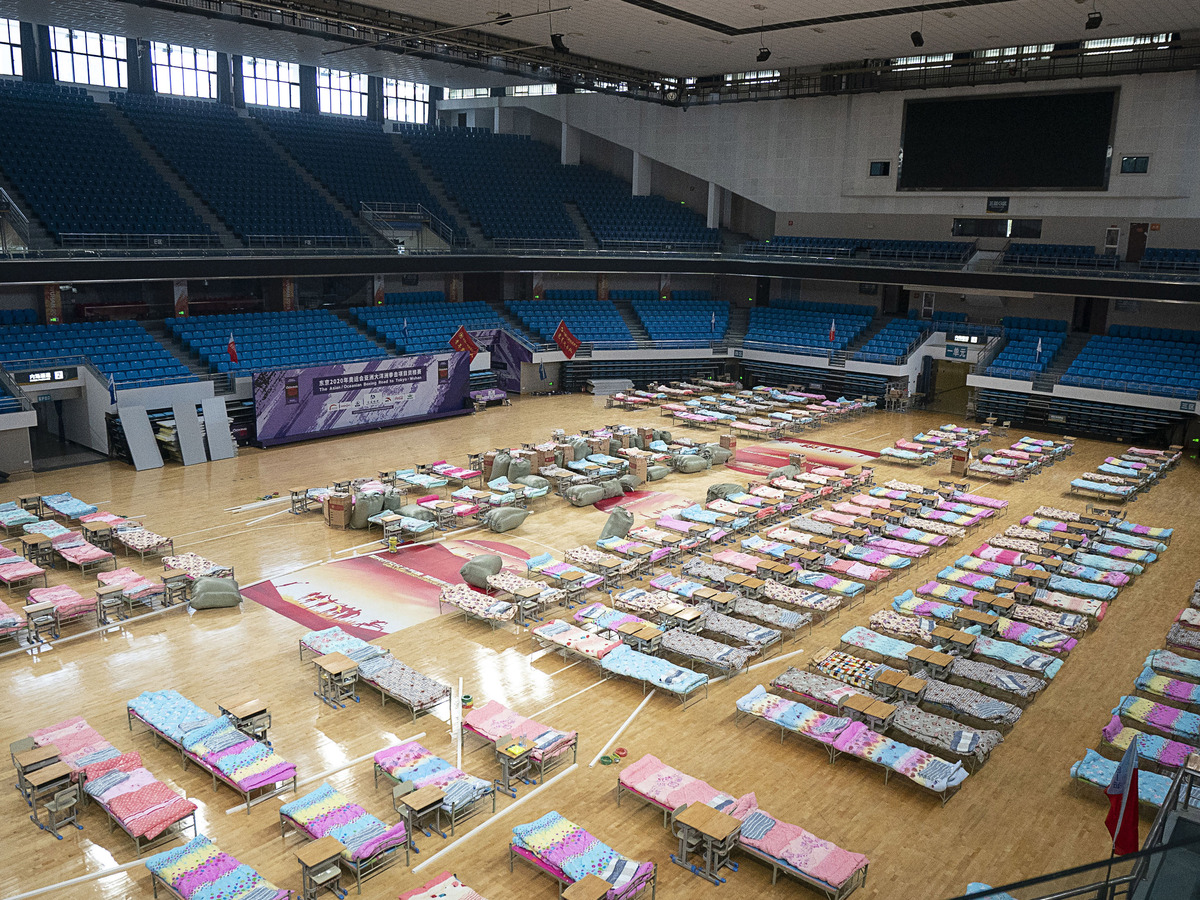 In this photo released by China’s Xinhua News Agency, beds are seen in a temporary hospital set up in the Hongshan Gymnasium in Wuhan in central China’s Hubei Province.

Desperate to get him admitted, Pan called her community representatives, who gave her the wrong number for the city’s health commission. When she finally reached the health commission the next day, she says they hung up on her.

“We listened to everything officials told us to do. We were so obedient. They said go into isolation, so we sent [my aunt and mother] into isolation wards,” Pan told NPR. “But let me tell you what these wards really are; they are places where you send people to die by themselves.”

Struggling to contain the virus

On January 23, authorities put Wuhan under quarantine with only hours of prior notice, preventing people from leaving, even halting public transit within the city. Public health experts say that likely delayed the further spread of the virus.

“It is safe to say to a high degree of probability that [the quarantine] has reduced the peak of the epidemic,” Dr Gauden Galea, the World Health Organization’s China representative, told China’s state broadcaster on Wednesday.

But the quarantine has also had the effect of bottling in thousands of sick, infectious people in a city with limited hospital beds, and made it more difficult for medical supplies to reach the sealed-off city.

Some doctors and nurses in Hubei province, of which Wuhan is the capital and where the epidemic has been the most severe, say they have been reduced to wearing rain jackets or sewing their own face masks while treating virus patients because of a lack of protective gear.

Donations of surgical gowns and masks must go through five state-authorized organizations, including the provincial chapter of the Red Cross, slowing distribution. (Hubei’s government says it has punished three high-level staff of the Hubei Red Cross and fired the organization’s vice president.)

Wuhan is now close to finishing two new temporary treatment centers capable of holding 2,600 patients. But like most municipal hospitals now, they are reserved for those who test positive for only the coronavirus.

“I really hope my father gets diagnosed [with the coronavirus], because if he is, then getting treatment may be easier. But if he really does have the virus, then I am worried that he will not make it,” Wan Jiuqiong, a Wuhan taxi driver, told NPR.

Wan’s mother tested positive for the virus and has been admitted to a hospital — but only after Wan pleaded her case on social media. CT scans of his father’s lungs show dense tissue, a possible indicator of the coronavirus, but not strong enough of one to merit a hospital bed. “I was so heartbroken that I sat in my car and cried for half an hour when I found out that my mother tested positive but my father had not,” said Wan.

Now, family members can only wait for the phone call that may deliver life-saving care.

Cheng Liang has been trying to find help for her 65-year old father-in-law since January 29, when he came down with a high fever. A week later, this Wednesday, she was finally able to get him a coronavirus screening after CT scans showed his lung infection worsening. They are still waiting for the results.

“For elderly people, even waiting one more day can mean a heightened level of risk,” said Cheng. “The results [of the screening] may take awhile to be confirmed. Our hearts are sinking.”

Others are risking infection themselves to care for loved ones, rather than send them off to isolation wards. “At this critical moment, we are family and I have to take care of them. Nobody else will do it,” said Pearl Tian, 23. Both her parents have been diagnosed with the coronavirus but neither has been able to get hospital care because of their relatively mild symptoms and a lack of hospital space.

The shutdown of public transit in Wuhan has made it difficult for the sick to reach the city’s hospitals. Tian’s parents ride their scooters twenty minutes each day to the hospital for immunoglobulin injections Tian says they are paying for out of pocket until a hospital is willing to take her parents in.

“I have never experienced anything like this before. I have been forced to grow up,” said Tian, who is also caring for her 13-year old brother. “I am scared. Everyone is scared.”

Coronavirus’s Next Victim? It Could Be Europe’s Open Borders

‘We Are In Unchartered Territory,’ WHO Says : Goats and Soda : NPR

For Millennials Making Their Way, a Detour: To Caregiving

Coronavirus in N.Y.: Second Case Sets Off Search for Others Exposed