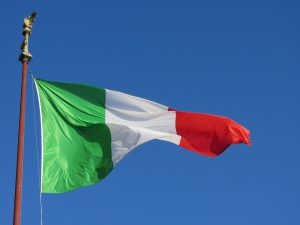 Bain Capital has agreed to buy a controlling stake in Italian IT services business Engineering Group from Apax Partners and Neuberger Berman in a deal believed to be valued at about €1.6bn.

Neuberger Berman is planning to reinvest alongside Bain Capital in the company, primarily through its Italy-focused NB Renaissance Partners fund.

Reuters reported the potential deal value, citing an unnamed source it said was close to the matter.

Engineering, which was founded in 1980, is a major player in the field of digital transformation of public and private companies and organizations.

The company designs, develops and manages solutions for the business areas where digitalisation is having the biggest impact, including digital finance, smart government and e-health, augmented city, digital industry, smart energy and utilities, digital telco and multimedia.

Bain Capital PE managing director Luca Bassi said, “The Engineering Group is a key player in digitalisation with strong client relationships and a reputation for customer service, reliability and innovation.

“We believe the Engineering Group has the potential to grow further in a very fragmented market, both organically and through acquisitions, and look forward to partnering with the management team and Neuberger Berman to accelerate this, as we have done in other Italian technology companies, such as Teamsystem, Nexi and Cerved.”

The transaction remains subject to approvals by competent regulatory authorities.

Bain’s buyout comes a couple of weeks after reports it was making a move to buy Japanese aircraft and transportation product maker Showa Aircraft Industry from Mitsui E&S Holdings in a JPY69.4bn ($633m) deal.

Cathay Capital closes second fund of the day on €500m