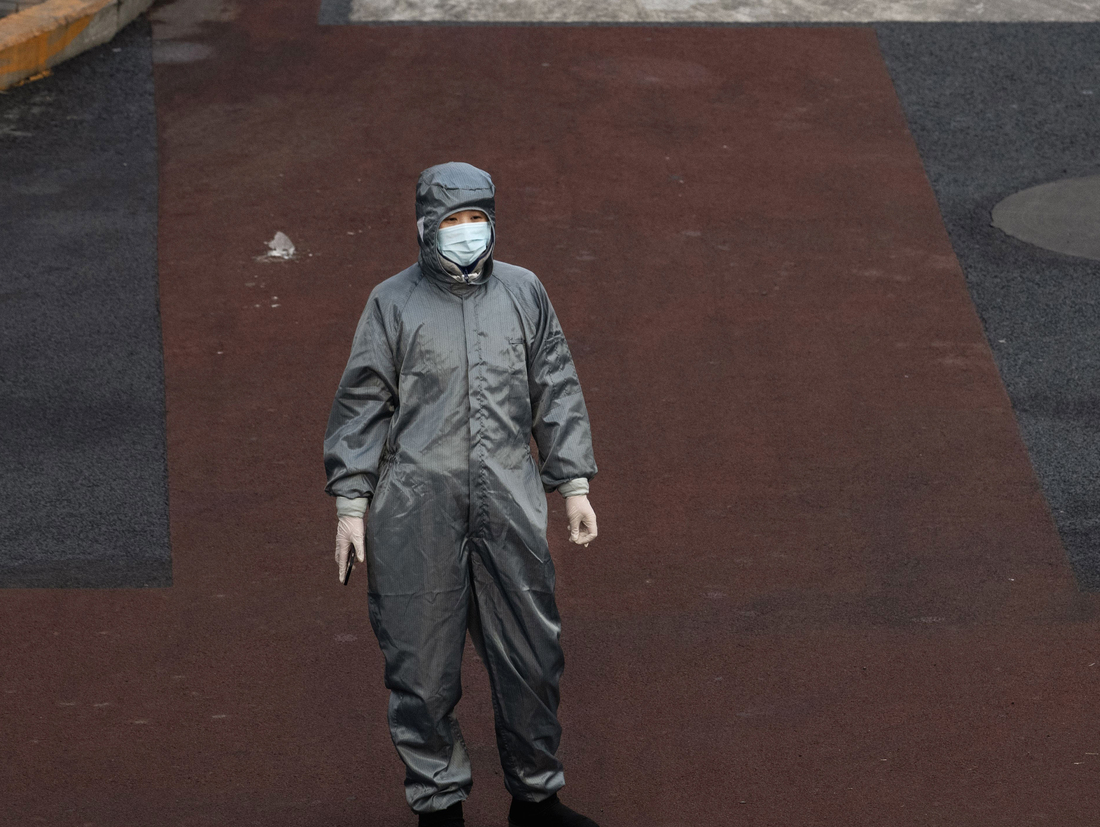 A Chinese woman wears a protective suit and mask as she waits to cross the intersection of a nearly empty in Beijing on Saturday. 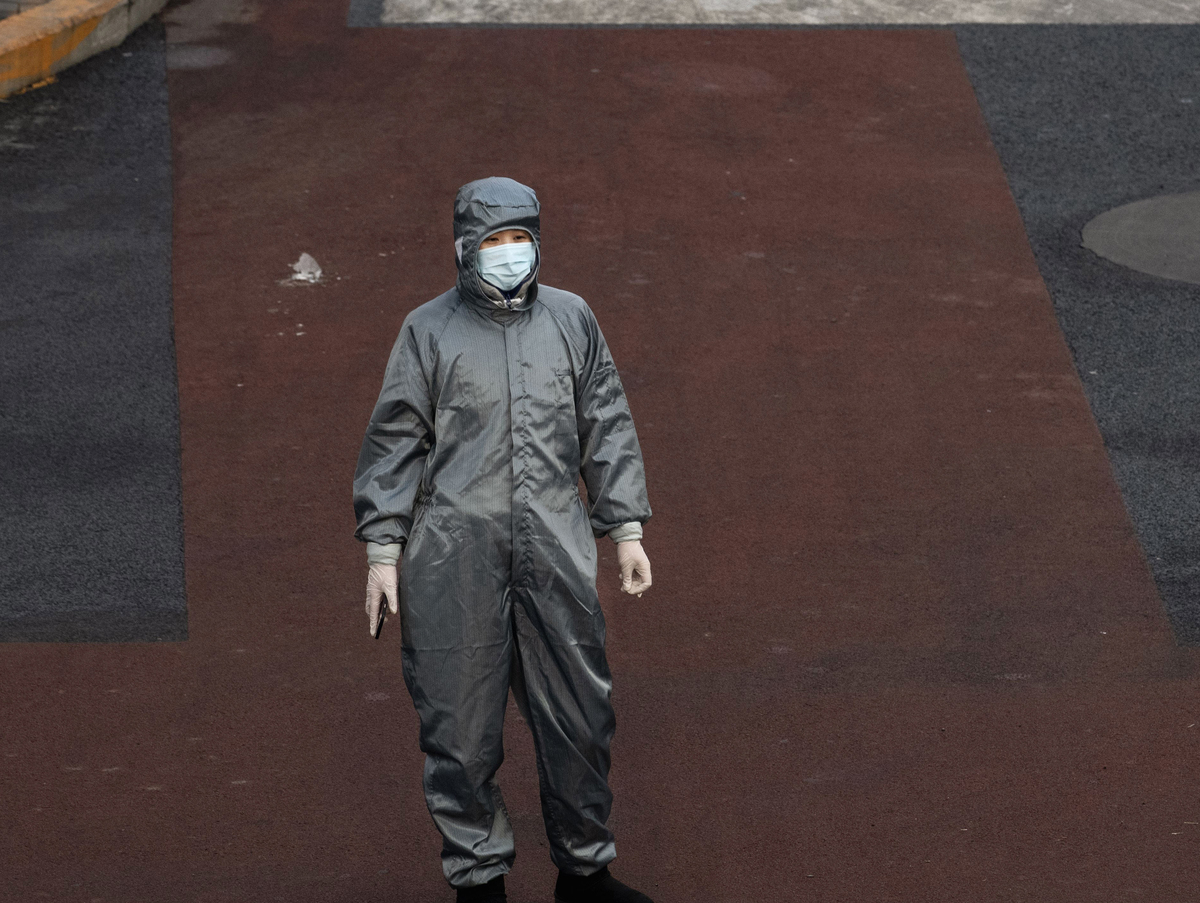 A Chinese woman wears a protective suit and mask as she waits to cross the intersection of a nearly empty in Beijing on Saturday.

The coronavirus death toll has risen to 723 in mainland China, and more than 34,000 people in the country have been confirmed as being infected with the virus, officials from the World Health Organization said on Saturday.

A 60-year-old American, whose identity has not been released, is among those who have died after testing positive for the virus in what is believed to be the first U.S. citizen fatality since the epidemic began.

Most of new cases were found in Hubei Province, where Wuhan is located, the epicenter of the outbreak.

Officials said 288 other cases of the virus have been reported across two dozen other countries.

Tedros Adhanom Ghebreyesus, WHO director general, said a team of international experts has been assembled, with the goal of sending the first members of the team to China by early next week. He said he is hoping officials from the Centers for Disease Control and Prevention will be part of the mission.

The announcement follows weeks of the Chinese government rebuffing offers from the WHO and CHC to travel to the country to assist in investigating the virus.

Tedros said on Saturday that the Chinese government approved the international team’s arrival in the country, but he would comment on exactly who would be participating.

“The team leader will be leaving either Monday or Tuesday. That’s what we’re aiming at now. And the rest of the experts will follow after that,” Tedros said.

Over the past four days, WHO officials have seen the number of new cases stabilize.

“That’s good news and may reflect the impact of the control measures that have been put in place. But remember, there are also lots of suspected cases still to be tested,” said Michael Ryan, the executive director of the WHO’s health emergencies program.

Ryan was quick to add that: “It’s very, very, very early to make any predictions about numbers in this outbreak. This is still a very intense disease outbreak,” he said. Local Chinese residents wear protective masks as they wait in line to get a ticket to receive free masks and cleaner outside a pharmacy on Saturday in Beijing. Local Chinese residents wear protective masks as they wait in line to get a ticket to receive free masks and cleaner outside a pharmacy on Saturday in Beijing.

Five British citizens, including a 9-year-old child, contracted the virus while at a ski resort in the French Alps. Officials said on Saturday that the family had been visited by someone who had previously visited Singapore, a major Southeast Asia transit hub. The five British nationals are being held in French hospitals and continue to be monitored.

Last month, the first coronavirus case was diagnosed in the U.S.

In response, the Trump administration has imposed travel restrictions, temporarily suspending entry of most travelers arriving from China, or those who have recently been in China, if they are not American citizens. U.S. citizens who have been in areas around Hubei Province in the past two weeks are receiving virus screenings. Hundreds of Americans who have been evacuated from the province have to spend two weeks at a military base or other facility being monitored for symptoms of the virus. This is the first federally mandated quarantine in more than 50 years.

The State Department has warned Americans not to travel to China. But officials say the chance of contracting the virus in the U.S. remain low.

In Hong Kong, a mandatory two-week “self-quarantine” has begun for anyone traveling from mainland China, an effort to calm public fears of the virus spreading in the semiautonomous territory that has reported at least 18 cases. Hong Kong authorities are examining more than 1,800 passengers on a cruise ship under quarantine following some passengers who had boarded from China’s mainland were confirmed to have the virus.

In mainland China, meanwhile, anger continues to mount over how local officials in Wuhan initially handled the outbreak. This week, China’s state sensors have been cracking down on news items related to coronavirus, taking down local news stories about the dire circumstances to Wuhan and removing social media posts from residents who said they have fallen ill.

Chinese officials removed millions of posts related to the death of a young Chinese doctor who was among the first to raise alarms about the coronavirus. Many of the censored messages included the hashtag “I want freedom of speech,” a message that was trending on Weibo, one of China’s most popular social media sites.

Damage From OxyContin Continues to Be Revealed

‘None of Us Have a Fear of Corona’: The Faithful at an Outbreak’s Center

Your Questions On Coronavirus: You Asked, We Answered