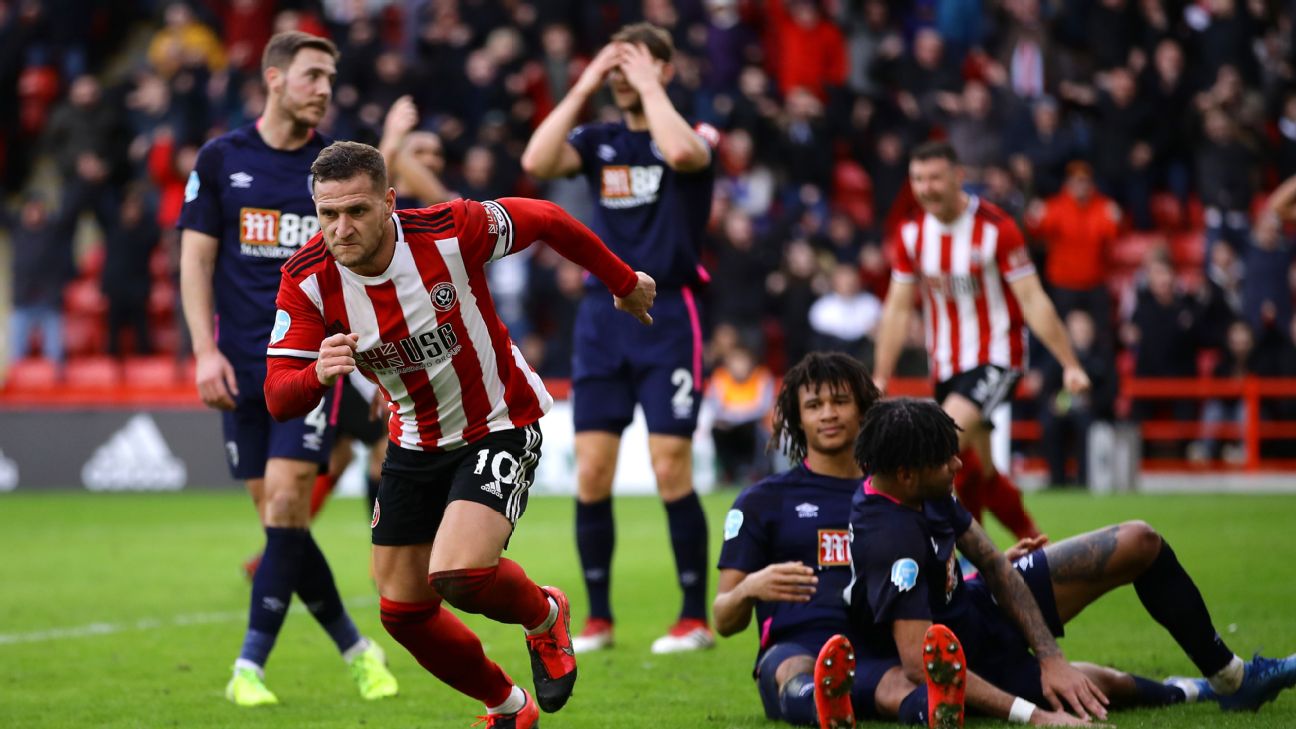 Callum Wilson put Eddie Howe’s Bournemouth ahead in the 13th minute, firing home after a low drive from Harry Wilson was blocked.

But United levelled on the stroke of halftime when Bournemouth failed to clear a corner and from the resulting scramble, Billy Sharp blasted in from close range.

Gerrard teaches his son the art of the tackle