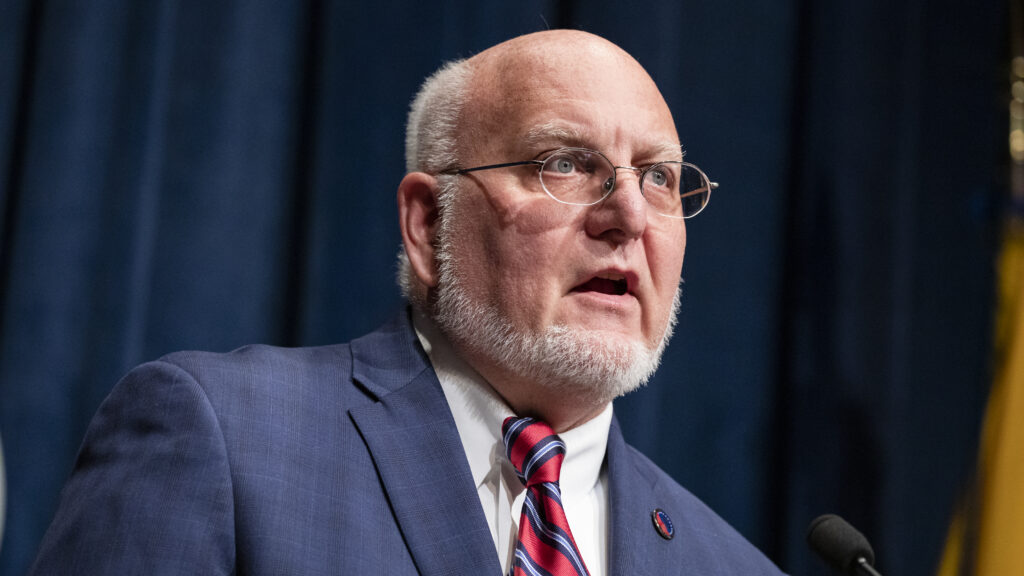 Health officials believe there is still opportunity to prevent widespread transmission of the coronavirus in the United States, the director of the Centers for Disease Control and Prevention said Wednesday, even as he warned that more human-to-human transmission here is likely.

He added that “at some point in time it is highly probable that we’ll have to transition to mitigation” as a public health strategy, using “social distancing measures” — for example, closure of certain public facilities — and other techniques to try to limit the number of people who become infected.

“We’re not going to be able to seal this virus from coming into this country,” Redfield said. But, he added, “we do gain time by prolonging the containment phase as long as we can, provided that we still believe that’s a useful public health effort.

“That’s where we are right now in the United States.”

At that point, he said, U.S. health officials will have to shift to a strategy of mitigation — using “social distancing measures” and other techniques to try to limit the number of people who become infected.

“Once we get greater than three — so four or more is our view — [generations of] human-to-human transmission in the community … and we see that in multiple areas of the country that are not contiguous, then basically the value of all of the containment strategies that we’ve done now then really become not effective,” he said. “That’s when we’re in full mitigation.”

The CDC director’s remarks came as a group of experts that advises the World Health Organization’s health emergencies program recommended that the world stay the current course of trying to halt spread of the new virus to stop it from becoming a human pathogen.

That strategy, “containment for elimination,” was successful during the 2002-2003 SARS outbreak — though this epidemic is already nearly six times larger than SARS. During the SARS outbreak, roughly 8,000 people were infected and nearly 800 died.

Redfield said that China, which has reported more than 45,000 cases to date, has not been able to contain the virus, despite massively restricting internal travel to try to stop it from spreading from Hubei province. The epicenter of the outbreak has been the city of Wuhan, located in Hubei.

“Those countries that are still largely seeing cases that are really, like us, directly from Hubei province, there’s reason to still stay in the containment mode rather than turning that off and going right to mitigation. Because once you’re into mitigation, you will probably start to see more cases that may have been able to be contained,” Redfield said.

The United States, along with a number of other countries, has taken a variety of steps to try to limit the risk of new infections from entering the country.

The State Department has ceased issuing visas to foreign nationals who have been in China in the past 14 days. Health officials are also quarantining people arriving in the United States for 14 days if they have set foot in Hubei province; people returning to the U.S. from other parts of China are being asked to self-quarantine for that period, which represents the estimated incubation period of the disease.

The WHO, which declared the outbreak a public health emergency of international concern on Jan. 30, has urged countries not to restrict travel or trade with China. Later the same day, Secretary of State Mike Pompeo told Americans not to travel to China, raising his department’s travel warning for China to the highest possible level.

Asked if American policy was in conflict with the WHO’s advice, Redfield said the U.S. position on travel with China was evidence-based.

“I would suggest WHO’s point of view is an opinion. It obviously carries weight because they’re a strong global health organization,” he said. “But we independently, those of us on the president’s [coronavirus] task force, independently evaluated what the options were. And we felt collectively this was time for us to use movement restrictions and temporarily restrict travel for non-US citizens.”

Some health experts and others have questioned the wisdom of the U.S. decision, noting that it was all but impossible for the restrictions alone to prevent all transmission of the virus. But officials have rejected that criticism.

“This really isn’t a ‘let’s stop it and then we’re done.’ It’s a ‘if we can pause it a little bit, we buy ourselves some time to work on the rest of our pandemic planning,’” Dr. Nancy Messonnier, director of CDC’s National Center for Immunization and Respiratory Diseases, said at a panel discussion Tuesday at the Aspen Institute in Washington.

Also on Tuesday, the WHO announced the illness caused by the virus would be known as Covid-19, the letters in the name a short form of “coronavirus disease.” Simultaneously, a working group of the International Committee on the Taxonomy of Viruses announced it would recommend the virus be called SARS-CoV2, because of its relatedness to the earlier virus. It had been provisionally known as 2019-nCoV previously.

Asked about the new names, Redfield, an HIV expert who recalls well the early controversies over the naming of that disease, said he believed the new disease name is unlikely to stick.

“I suspect you’ll see an evolution of this and there will be a coalescence,” Redfield said, suggesting the name of the virus and the name of the disease it causes will likely be more evidently linked. “I suspect at the end of the day the scientific community will drive that.”

Did FDA lower the bar in its Sarepta decisions? We discuss

Breaking Through ‘Cloud of Silence’