We got our first look at Ecobee’s upcoming smart camera with voice control last year, then got a real-life image in July. Now an FCC listing for the device has confirmed that it should come with HomeKit support.

Discovered by Zatz Not Funny!, an image has popped up on the FCC’s database that shows an unreleased Ecobee product number with a HomeKit setup QR code, which appears to be the company’s upcoming smart camera.

We previously had hints that Ecobee’s smart camera would include integrated voice control, likely via Alexa like its SmartThermostat (reviewed). However, we didn’t have any confirmation until today if it would ship with HomeKit functionality, so this FCC listing is a great sight to see HomeKit fans.

However, one question mark still is if we’ll see HomeKit Secure Video support land with this camera too.

Here’s what we previously learned about Ecobee’s smart camera:

It sports a black design with a silver, conical base. The top of the camera features four LEDs, which Zatz notes could be used to indicate the camera’s microphone status, similar to the Ecobee Switch+.

As it turns out, the first time we saw the Ecobee camera in a real-life shot from the side, we learned it’s not as svelte as one might guess from the first image we saw. Here are both of those… 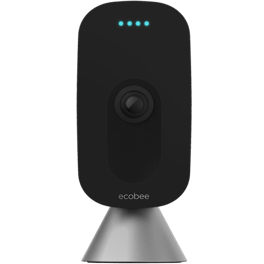 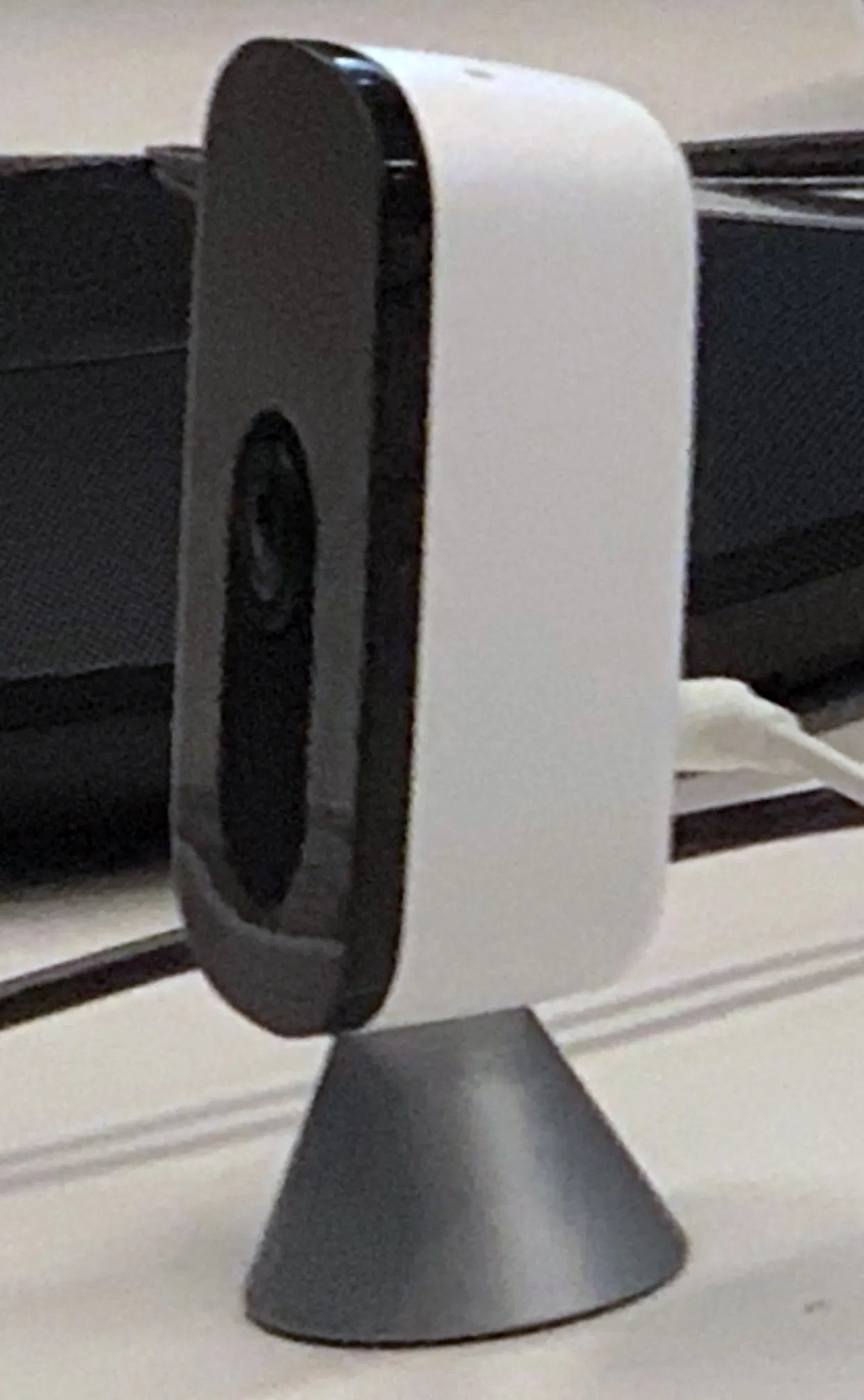 But it definitely goes along with Ecobee’s design theme of its thermostats and other smart home products. Dave Zatz thinks it shouldn’t be too long before we hear about pricing and release details from Ecobee.