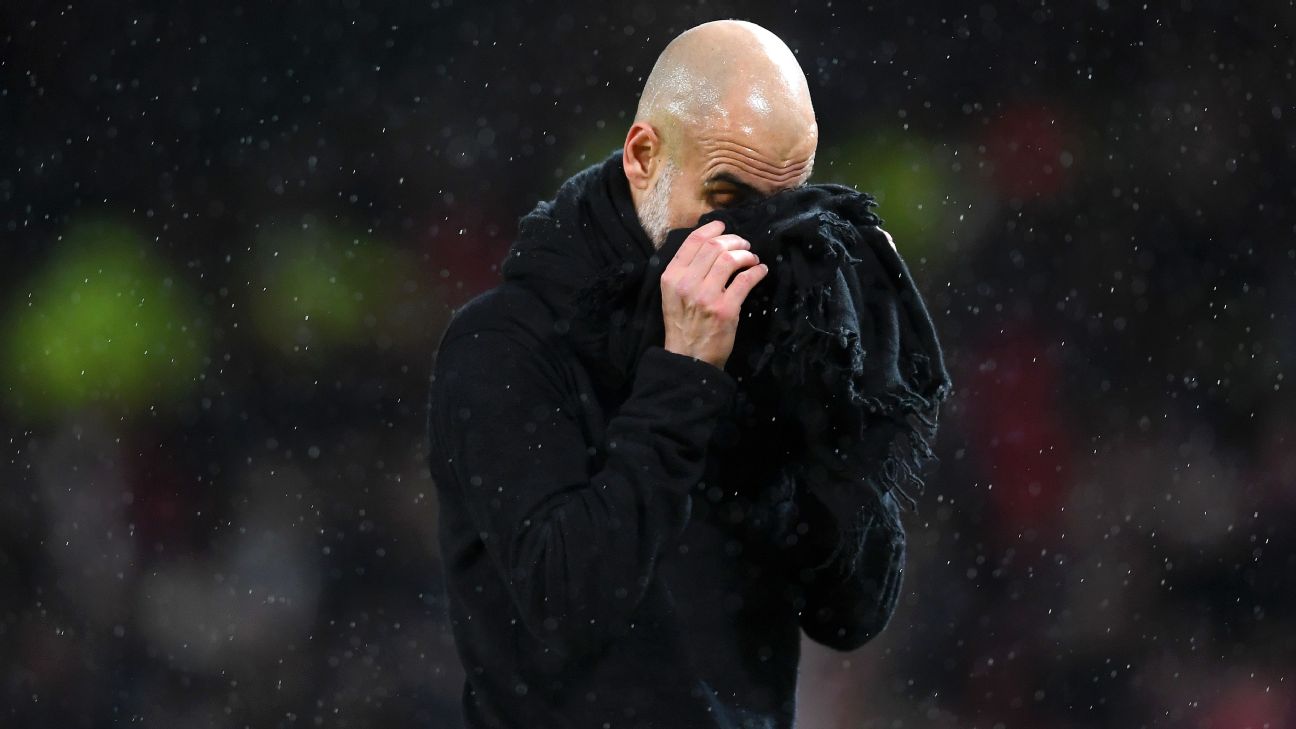 Arsenal narrowly beat West Ham (1-0) to continue their impressive run of form under Mikel Arteta. Liverpool came from behind to beat Bournemouth (2-1) and tighten that grip on the elusive Premier League trophy. Chelsea dismissed Everton 4-0 while Manchester United beat Manchester City 2-0 to keep pace with the top four.

Ole Gunnar Solskjaer is just the second manager to defeat Pep Guardiola 3 times in a single season in all competitions (after Jürgen Klopp in 2017-18).

With Manchester City’s loss, Liverpool need only 6 more points to secure the Premier League title. City have two league matches (vs Arsenal and Burnley) before Liverpool play again, meaning there’s a possibility that Liverpool could clinch the title before or during their next match — the Merseyside Derby vs Everton.

Pep Guardiola has suffered seven PL losses this season, the most in a single league season of his career.

The Egyptian King keeps delivering. Mohamed Salah is the first Liverpool player to score 20+ goals in three consecutive seasons (all competitions) since Michael Owen did so between 2000-01 and 2002-03.

The 0-4 reverse at his former stomping ground was Carlo Ancelotti’s joint heaviest league defeat as a manager — equalling a 0-4 defeat against Atlético Madrid as Real Madrid manager in February 2015.

Meanwhile, the other Madrid side continue to struggle to find momentum. Atlético Madrid have drawn 12 of their 27 games in the league this season, the most ever at this stage in their top-flight history.

Juventus swatted aside Inter Milan’s title challenge with a comfortable 2-0 win. They now lead Inter by 9 points (though Antonio Conte’s men have a game in hand). Lazio, meanwhile, are just a point behind the leaders as they maintained their stunning form with a 2-0 win over Bologna

Bayern Munich retained their five-point lead at the top with a 2-0 win against Augsburg, while Borussia Dortmund beat Borussia Monchengladbach 2-1 to remain in touching distance.

Since the start of last season, no player has had more assists than Jadon Sancho (29) in Europe’s top 5 leagues — four more than any other player (Lionel Messi and Angel Di María have 25 each)

In fact, the 15 assists he has this campaign makes him the first Englishman to hit the 15-assist mark within Europe’s top five leagues since Frank Lampard in 2004-05 with Chelsea (18 assists).

Bayern Munich’s Hansi Flick has taken 37 out of 45 possible points in his first 15 games as a Bundesliga manager. Pep Guardiola (41) is the only one to have taken more in his first 15.

Cristiano Ronaldo could not mark his 1000th senior appearance with a goal to improve on his Serie-A record-tying 11-consecutive-games scoring streak, while Lionel Messi increased his goal tally this season to 24 (19 in the league) with a penalty against Real Sociedad.

That penalty means Messi has become the all-time top-scorer in the top five European leagues (438 goals in 474 appearances), surpassing — guess who — Ronaldo (437 in 540).