Bentley Systems Incorporated is pleased to announce the availability of STAAD.Pro CONNECT Edition V22 Update 3. This version adds great new functionality to improve efficiency for engineers around the world and has resolved numerous issues that have been reported.

The principal developments and enhancements that are delivered in this new version of STAAD.Pro are as follows:

We have seen a growing adoption of the physical modeller as the primary driver to create the STAAD models and aid in coordinated interoperability. To help with these solutions, the implementation of surfaces have undergone significant development with the introduction of two key enhancements.

– Surface alignment. These allow for a better interop with ISM and rendering in the Physical workflow, although at this time, the offset associated with any offset is not reflected in an offset in the finite elements which will be analysed with the centre of the plate.
– Regions. These provide surfaces with the ability to define varying properties such as thickness or material and define patch loadings on specific zones of the surface. To provide the best analytical solution, the parent surface will be meshed with all the defined regions to ensure optimum connectivity. 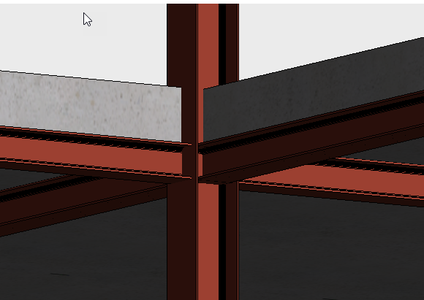 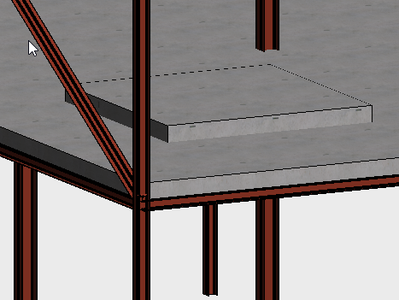 A region of thicker concrete that is the base of a machine.

New Reference Line objects have been added. These can be used to define line loads across surfaces to model non-structural line loads such as stud partitions and will be used as meshing constraints, but can also extend as non-structural entities and as such distribute loading onto the primary structure. 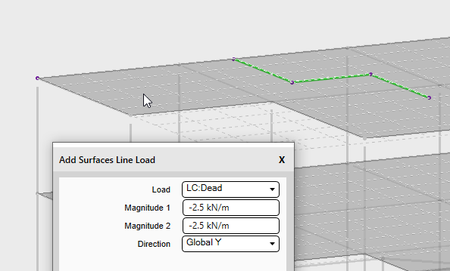 A number of engineers have suggested a small but helpful modification on a number of model generation tools that helps in basic confirmation of the entered details. These tools now include a preview option that provides a quick outline of how the model will be modified. 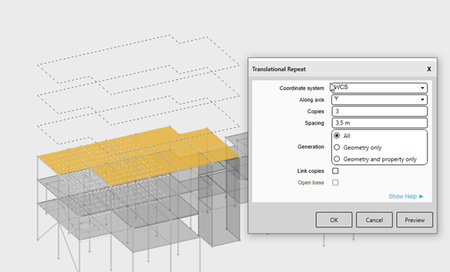 As more complex models are created, the benefit of having a different parts of the model displayed in different windows helps gives engineers the ability to manage the tasks that require precision afforded by such a capability. However this can lead to having to manage a large number of windows, which in the older V8i menu structure was handled by a Window menu option. This has been now introduced in the View ribbon. 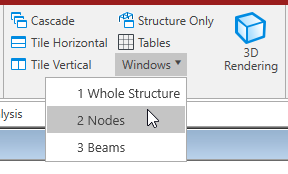 This has been extended such that it now supports all sections defined from the standard databases including profiles in the Japanese and Chinese databases. 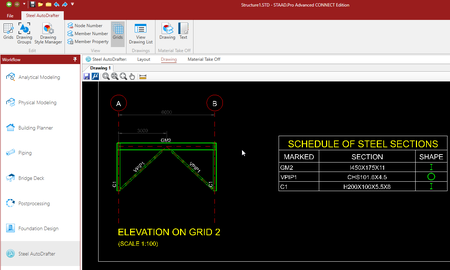 The Connection Design workflow has been enhanced to now include basic and smart templates to the Canadian design code S16-14 as provided in the standalone application RAM Connection V13.12.

– GetAreaofPlate – which was previously available in the retired OpenSTAAD Results Object, now also available in the application object.
– GetPlateStressAtPoint – a function to determine the value of the stresses at a specific location away from the centre or corners of a finite element plate.
– GetAlphaAngleForSection – a function to return the relationship of geometric and principal axes on an angle profile.

STAAD.Pro has grown to be more than just the analysis program, but it also includes a supporting cast of complimentary software that provides extra value to engineering designs. This new release has seen development in some of these modules too, most notably:-

Now leverage the full analytical information of walls modelled as finite elements for the design in the RCDC application rather than having to model them as wide columns. 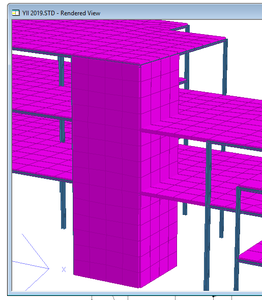 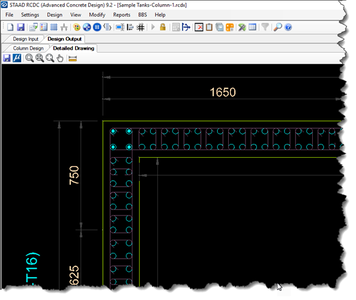 Key enhancements include the following, although for a comprehensive summary of the new and extended capacities refer to the blog posting….

– AS3600-2018,
– Implementation of the 2018 edition of the Australian concrete code including amendment 1.
– Isolated footings with offset columns
– Extended isolated footing design capability by providing option to offset the column from the centre of the foundation.
– Enhanced Pedestal Design
– Added to a number of modules and where provided, includes the P-M values for the provided reinforcement.

STAAD.Pro CONNECT Edition is the most popular structural engineering software product for 3D model generation, analysis and multi-material design. It has an intuitive, user-friendly GUI, visualization tools, powerful analysis and design facilities and seamless integration to several other modeling and design software products. The software is fully compatible with supported Windows operating systems.

For static or dynamic analysis of bridges, containment structures, embedded structures (tunnels and culverts), pipe racks, steel, concrete, aluminum or timber buildings, transmission towers, stadiums or any other simple or complex structure, STAAD.Pro has been the choice of design professionals around the world for their specific analysis needs.

How to Remedy the Issue?