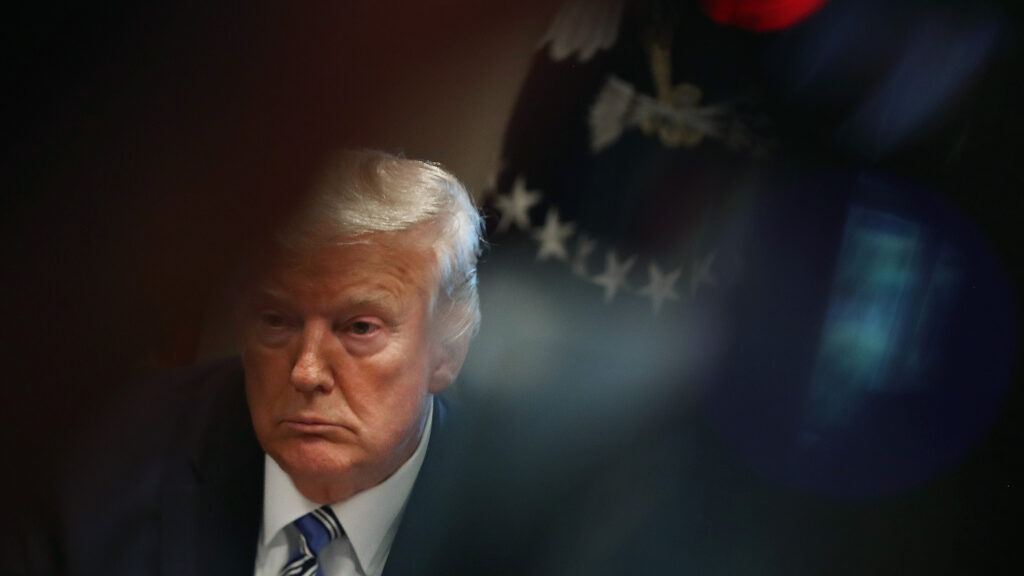 WASHINGTON — President Trump is expected to declare the Covid-19 pandemic a national emergency on Friday, the first time such a declaration has been issued over an infectious disease outbreak since the H1N1 influenza pandemic of 2009.

The president’s planned declaration, first reported by Bloomberg News, is likely to divert federal resources toward testing, prevention, and treatment. It could also allow the federal government to waive rules that govern hospitals, insurers, and health care providers, allowing those groups more flexibility to adapt to the pandemic as needed.

The expected move is the latest dramatic escalation of the Trump administration’s response to the novel coronavirus and the respiratory disease it causes, Covid-19. On Wednesday, Trump banned non-U.S. residents from entering the country from Europe — weeks following similar bans targeting China, Iran, and parts of South Korea and Italy.

But it is not immediately clear which legal mechanism Trump will use to declare the emergency. Likely avenues include the Stafford Act, which aims to shepherd federal resources toward state and local governments, or the National Emergency Act, which could allow federal agencies to waive existing regulations and escalate their response strategies.

Using the Stafford Act could allow the Trump administration to mobilize the Federal Emergency Management Administration, said James Hodge, a professor at Arizona State University who specializes in health law.

Such a declaration could be “a way to funnel more resources to states through FEMA, and also to invoke a series of federal powers that can be even more extensive than what you’ve seen done to date,” he said. “That’s predictable, because there’s a deep fund of some resources that FEMA can tap into immediately.”

A National Emergency Act declaration, Hodge said, is even more broad. There is also recent precedent: Former president Barack Obama used the law to bolster his administration’s response to the H1N1 influenza pandemic of 2009.

“If you had a National Emergency Act declaration, what that’s really saying to all federal agencies is: We need you to get in the game of responding, in real time, to everything that we need to do nationally,” Hodge said. “And that may include suspending or waiving key provisions of federal law that are inhibiting our response.”

Congress recently allocated over $8 billion to respond to the pandemic.

The emergency declaration comes in the wake of Trump’s numerous attempts to downplay Covid-19’s severity. In recent weeks, he has argued that the seasonal flu causes more deaths than the coronavirus, described Democrats’ criticisms of his administration’s response as a “hoax,” and falsely claimed that any American seeking a test could receive one.

That October, as the crisis ballooned to claim over 1,000 American lives, Obama declared H1N1 a full-scale national emergency. In the end, the disease infected over 60 million people in the United States, and killed over 12,000.

Some legal scholars have questioned the nation’s emergency powers framework, arguing many existing laws lack accountability provisions and bestow a president with excessive power. But Elizabeth Goiten, the director for liberty and national security at the Brennan Center for Justice, said using such laws to respond to a Covid-19 pandemic could be justified.

“[T]here are such things as real emergencies, and there are legal authorities that can be very helpful in dealing with them,” she said on Twitter. “A Stafford Act emergency declaration would provide resources and flexibility to public health/health care institutions fighting the coronavirus.”

Beyond the legal and bureaucratic power that national emergency declarations can wield, it may prove most impactful simply by virtue of its source, said Wendy Parmet, a health policy and law professor at Northeastern University.

“There’s a lot of pragmatic stuff these declarations do, but the messaging and symbolic aspect obviously means more to come from the president,” she said. “Especially given the fact that over the course of the last two months, the president’s messaging has not been consistent.”

If you want to be a doctor, hold off on medical school until age 28