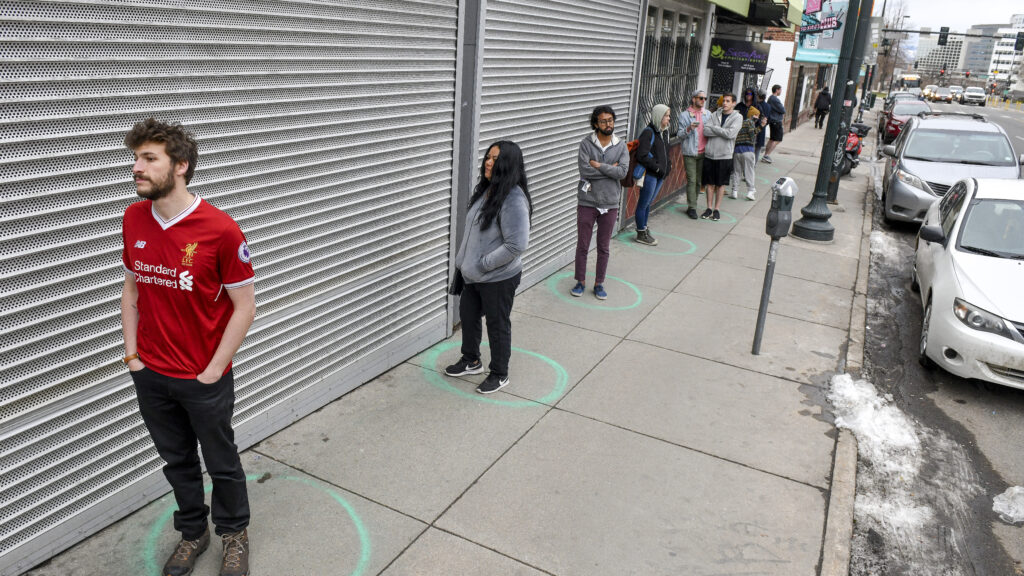 WASHINGTON — How and whether to prevent disease is suddenly a political question. And in the face of the economic turmoil caused by the coronavirus, a small but growing number of conservatives has come down forcefully on the side of “don’t.”

Dan Patrick, the lieutenant governor of Texas, said during a Monday appearance on Fox News that elderly Americans should “take a chance” on their survival and put themselves at risk for coronavirus so the rest of America can restart the economy. President Trump has argued — on Twitter and in public appearances — that “THE CURE CANNOT BE WORSE (by far) THAN THE PROBLEM!” In Virginia, Jerry Falwell Jr., a conservative activist and president of Liberty University, said the school would welcome students back to campus next week, even as the state announced Monday it would shutter its public schools through the summer.

The conservatives’ approaches to the coronavirus highlight a disturbing new American reality: In the face of a potentially once-in-a-generation pandemic, whether one takes steps to “socially distance” from others is beginning to serve as a statement of one’s political values. And as coronavirus cases in the United States continue to spike, the prospect that conservatives might abandon those measures en masse has alarmed public health experts, who say that giving up now would result in thousands of unnecessary deaths — and effectively sacrifice many of society’s most vulnerable.

“Whose loved one is he willing to sacrifice?” she asked. “We do need to make sacrifices for one another. But we need to make smart sacrifices, and it’s critical that we don’t just devalue some people as non-important.”

The conservatives’ approach offers a direct rebuke to public health messaging employed not only in the United States but in hard-hit countries like South Korea, where aggressive testing and distancing measures blunted the disease’s spread, and in Italy, where deaths appear to have finally slowed weeks after the country imposed a nationwide lockdown.

In the United States, however, where thousands of spring breakers in their 20s flocked to Florida’s beaches last week, many appear not to have grasped the gravity of the pandemic that has overwhelmed hospitals in China, Italy, and Spain, and could soon do the same here.

This week in particular, some right-wing political leaders have increasingly pushed to roll back social distancing measures in response to the shuttered businesses, collapsing stock market, and spiking unemployment rate that the coronavirus panic has caused. The argument: The global economy has nosedived so dramatically that the expected recession could cause more suffering than the virus itself. Americans, many have argued, should be allowed to return to work — even if doing so will result in the virus spreading more quickly.

Other politicians, including many conservatives, have warned that the U.S. can’t restart its economy without taking aggressive steps to slow the virus. Hastily focusing on economic well-being, public health experts say, would effectively leave the most vulnerable Americans behind.

“What does it say about our society if we are willing to sacrifice one group for economic gain?” said Dina Borzekowski, a professor at the University of Maryland School of Public Health. “This is a pandemic, and shouldn’t be played out as a skirmish on a neighborhood playground.”

In recent days, however, Trump has effectively lent the myopic focus on the economy a voice and a megaphone. In a Fox News appearance Tuesday, Trump said he hoped the American economy would be “opened up and raring to go by Easter” — just three weeks away.

Others have gone farther: Hobby Lobby, the arts and crafts chain that once sued the federal government to avoid requirements that employer health plans include birth control, announced in a controversial letter to employees that its stores would remain open even as other large retailers closed.

Patrick, the Texas lieutenant governor, said Monday on Fox News, “As a senior citizen, are you willing to take a chance on your survival in exchange for keeping the America that all America loves for your children and grandchildren? And if that is the exchange, I’m all in.”

In the past two days, Trump has resumed comparisons of the coronavirus to the yearly death toll from car crashes and the seasonal flu. Those remarks mirror his early talking points in February, when he called Democrats’ criticisms of his response a “hoax” and argued that despite the flu’s five-figure death count, the country did not shut down its economy each flu season.

Trump and many other figures advocating for an end to social distancing have already developed a dubious track record on public health policy, Parmet said.

“We need to remember that some of the people who are suggesting this are the same people who said there was no problem, and this was just the common cold,” she said. “Hundreds of people in this country have died since then.”

“We are not willing to sacrifice 1-2% of New Yorkers,” Gov. Andrew Cuomo, a Democrat, wrote on Twitter. “That’s not who we are. We will fight to save every life we can.”

Health experts have acknowledged, however, that urging Americans to stay home for weeks on end carries legitimate costs. Unemployment and poverty yield poor health outcomes in the long term, and keeping Americans cooped up will likely result in a wave of physical and mental health problems in the coming weeks.

But prioritizing the economy over public health is likely a false choice, experts say, arguing there is no scenario in which the economy flourishes in spite of mass sickness, overwhelmed hospitals, rolling self-quarantine periods, and spiking death tolls.

And many Republicans — including Rep. Liz Cheney of Wyoming and Sen. Lindsey Graham, a close Trump ally — have said the same.

“There will be no normally functioning economy,” Cheney wrote on Twitter, “if our hospitals are overwhelmed and thousands of Americans of all ages, including our doctors and nurses, lay dying because we have failed to do what’s necessary to stop the virus.”

Can Men Dine Their Way to Higher Sperm Counts?

Women Physicians ‘Step Into the Discomfort,’ Push for Change