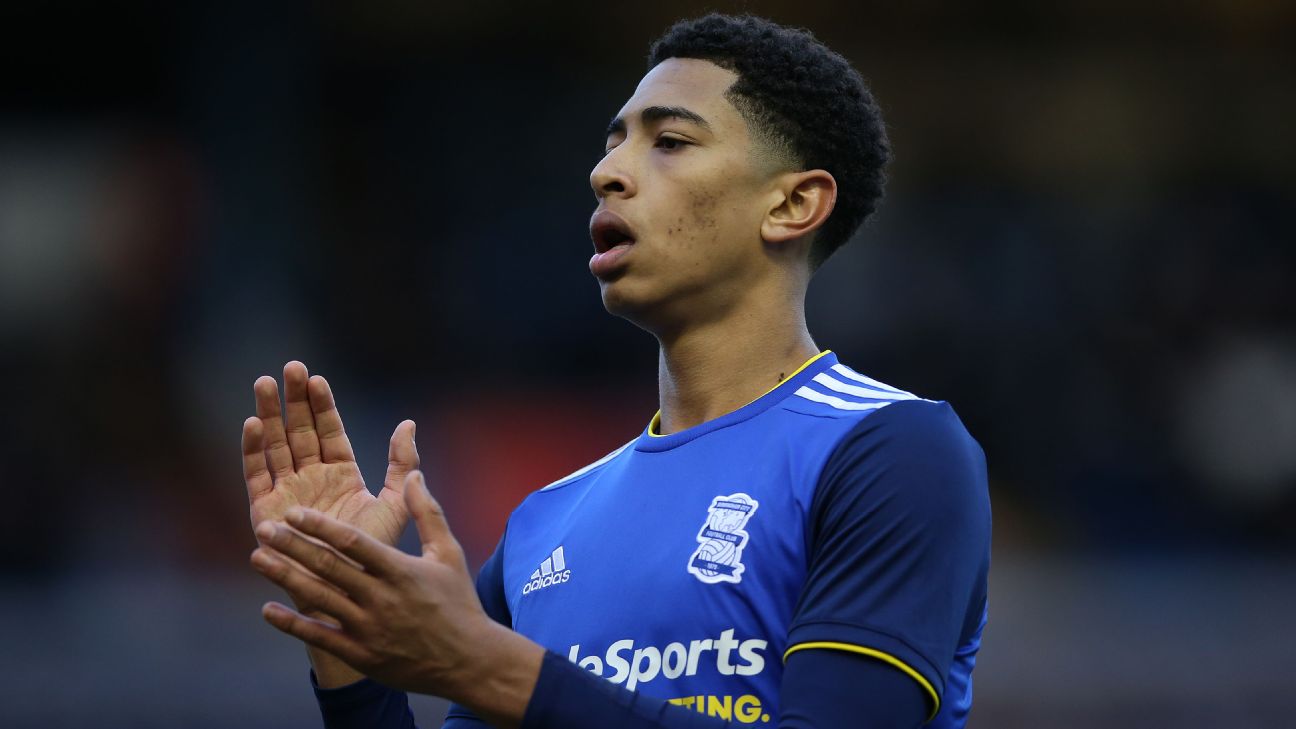 The winter transfer window is closed, but now it’s time to look ahead to the summer! Here are the new rumours floating around Europe’s big leagues and beyond.

TOP STORY: Can Chelsea beat United to Bellingham AND Sancho?

Chelsea hope to beat Premier League rivals Manchester United to not one but two of their big transfer targets by signing Jude Bellingham and Jadon Sancho, the Mail on Sunday reports.

Teen sensation Bellingham has burst onto the scene this season at Birmingham City. The 16-year-old midfielder has started 28 matches for the Championship club already, despite not being able to sign a full professional contract until he turns 17 until June.

Manchester United have been tracking the England youth international, although sources told ESPN earlier this month that Borussia Dortmund are close to making him the latest young British talent to move to the Bundesliga.

However, the Mail reports that Chelsea had intensified their bid to sign Bellingham shortly before football was shut down due to the coronavirus pandemic.

Sources told ESPN last week that United have moved ahead in the race to sign England winger Sancho, 20, although Dortmund were still anticipating competition from Liverpool and Chelsea for their prize asset.

The Mail report cites Sancho’s boyhood support of Chelsea and the chance to return to his native London as reasons for the Blues to hope they can persuade him to sign for them rather than move to Old Trafford on a bigger contract.

Roma have tried repeatedly in the past to sign the Spain international, 31, but without success.

However, they still feel they need another top-class centre-forward in the squad to support Edin Dzeko.

Despite Costa only scoring two goals this season amid continued struggles with his fitness, Roma believe his experience and quality can still be an asset.

10.00 GMT: The representative of Philippe Coutinho has denied claims that the Brazil international holds a grudge against Tottenham chairman Daniel Levy after his potential move to the London club collapsed last summer.

Sources told ESPN last August that Spurs were interested in bringing in the former Liverpool playmaker from Barcelona, before he eventually joined Bayern Munich on a season-long loan deal.

Kia Joorabchian insists that any talk of ill feeling from his client toward Spurs chief Levy is untrue.

“Phillipe Coutinho has no personal issue with Daniel Levy and claims otherwise are totally false,” Joorabchian is quoted as saying in the Daily Mail. “The deal did not collapse due to financial reasons.”

Chelsea have made an approach to sign Real Madrid youngster Achraf Hakimi, the Mirror reports.

The full-back has been on loan with German juggernauts Borussia Dortmund so far this season, but now Chelsea have asked Madrid about what his current situation is. The 21-year-old has been a standout name during the Bundesliga campaign, living up to the reputation that preceded him ahead of the move.

Real could be planning to feature Hakimi heavily in their own first-team picture in the 2020-21 season, but the Blues have still made their intentions known, with Madrid confirming they would not be making any decisions until the season is wrapped up.

Real Madrid have made Erling Haaland their top priority in the summer transfer window, ahead of Sadio Mane, the Express reports.

Zinedine Zidane was said to be drawing up a list of top stars that he wanted to go after once the transfer market was finally open for business. A few names had been thrown around, with Liverpool’s Mane and Borussia Dortmund’s Haaland being two of the biggest.

The belief is that Haaland will be the main man Real put their resources into, with Dortmund valuing him at around £50 million following his sensational start to life in Germany since the beginning of the year.

A potential move from Juventus for Paris Saint-Germain star Angel Di Maria might no longer be on the cards, Calciomercato reports.

The former Manchester United star has been heavily linked with the Italian champions in the past, even when Cristiano Ronaldo was on the verge of completing his move to Turin. One of the biggest question marks has always been his age, with Juve wondering whether the 32-year-old would be worth the investment.

With PSG not yet offering Di Maria a new deal, he could be available on a free transfer in summer 2021, but it doesn’t seem Juventus will be one of the interested parties.

– Everton are set to wait on a decision regarding the upcoming transfer window prior to making a move for Lille star Gabriel Magalhaes, the Liverpool Echo reports. The Toffees are known to be big fans of the 22-year-old defender, but given the ongoing coronavirus outbreak, they’re finding it difficult to put concrete plans in place heading into the summer.

– The future of Sevilla forward Nolito continues to be a source of uncertainty, Marca reports. The veteran striker has been in Seville since 2017, arriving from Premier League champions Manchester City. His current deal is set to expire on June 30, with the expectation that he’ll move on to pastures new. However, while Sevilla have yet to offer him a new deal, the logistics of when the season will come to an end could cause a twist in the tale.

– Italian giants Lazio could be interested in making a move for Chelsea star Pedro during the summer transfer window, Gazzetta dello Sport reports. It comes in the wake of news that the title challengers are also tipped to go after the signing of Blues forward Olivier Giroud, with both of their respective contracts set to come to an end in the next few months.

Ranking the 50 worst Premier League transfers of all time