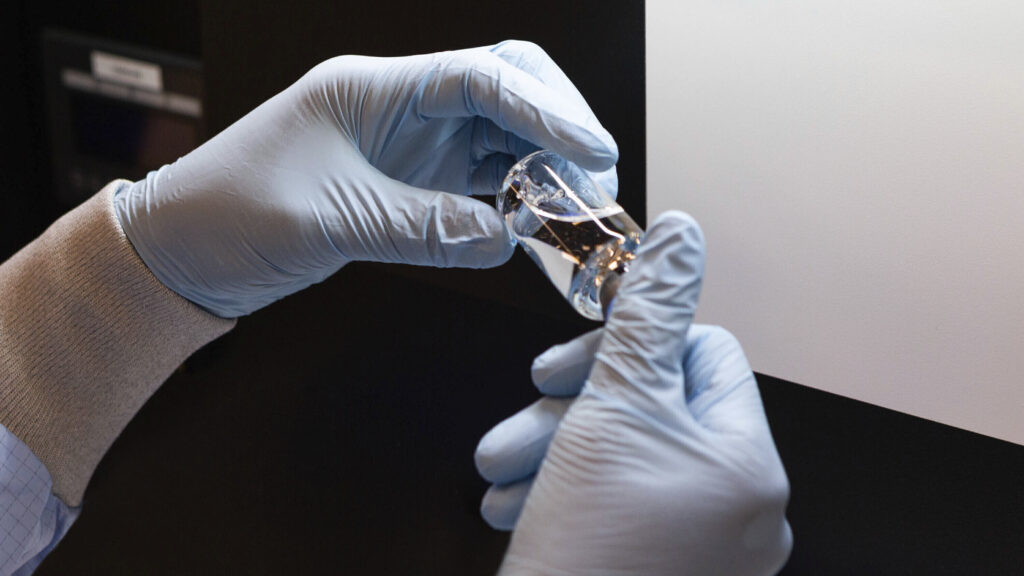 Remdesivir, the only drug cleared to treat Covid-19, sped the recovery time of patients with the disease, but its benefit appeared much more limited in patients who needed mechanical ventilation as part of their treatment, according to eagerly awaited results of a clinical trial.

Initial results from the study, which led to the drug’s emergency authorization by the Food and Drug Administration, were released late last month. Full data were published late Friday in the New England Journal of Medicine.

“It’s a very safe and effective drug,” said Eric Topol, founder and director of the Scripps Research Translational Institute. “We now have a definite first efficacious drug for Covid-19, which is a major step forward and will be built upon with other drugs, [and drug] combinations.”

But Topol noted that there was no sign of a benefit in patients who began the study with the most severe baseline status — those who were on non-invasive ventilation, who were intubated on a ventilator, or who were receiving extracorporeal membrane oxygenation, a treatment in which the oxygen is added to the blood outside the body. “We need to get something that works for these patients who have a high mortality rate,” Topol said.

Remdesivir, developed by Gilead, has been in short supply, so the issue of which patients benefit most could be very important for deciding who receives the drug. The authors of the study argue that the difference in mortality rates resulted from the fact that there were fewer patients whose symptoms were more severe at the beginning of the study, resulting in less statistical power. But the benefit appeared much bigger among those who were less sick.

The severity of patients’ illness was rated on a scale of 1 (not hospitalized) to 8 (dead). The lowest score in the study was a 4, denoting hospitalization, but no need for extra oxygen. The largest group of patients scored a 5, meaning they did need oxygen.

There have been concerns that the study’s main goal, originally based on changes in the 8-point score at day 15, was changed before the result was analyzed. Changing goalposts can be a sign that researchers are skewing the results. In the paper, the researchers explain that the concern was that Covid-19 illness was persisting much longer than had been expected. But that original goal, the odds of improvement in the 8-point scale on day 15, was 50% higher in the remdesivir group, a highly statistically significant result.

Some critics saw flaws in the study that could affect how its results are interpreted. The study was stopped after a data safety and monitoring board, a panel of outside experts charged with safeguarding patients in the trial, notified the National Institute of Allergy and Infectious Diseases, which was running the study, that there had been a statistically significant benefit of remdesivir.

The New England Journal paper does not say, as is normally the case, that the study was stopped. As STAT reported two weeks ago, some critics believe that the study should have continued in order to better discern whether remdesivir reduces the death rate.

“It’s clear from the publication that the study was stopped prior to the completion of a significant number of patients,” said Steven Nissen, a cardiologist at the Cleveland Clinic. “By stopping it early the scientific community was deprived of the opportunity to determine whether remdesivir can or cannot reduce mortality.”

Topol said that he interprets the survival benefit as “quite likely” and said he is “not bothered” by the fact that the mortality result is not significant. He said he awaits results from future trials.

Peter Bach, a pulmonologist who is the director of the Center for Health Policy and Outcomes at Memorial Sloan Kettering Cancer Center, worried that it appears that slightly more placebo subjects started out in the more severe groups. This, he said, could mean that the overall effect is “potentially exaggerated.”

“I am not concluding from this that the treatment is not reducing time to recovery; it makes me less convinced that there is a mortality benefit when more placebo than intervention ended up in the highest risk group,” Bach said. He pointed to another study of remdesivir, conducted in Wuhan, China, in which the time to benefit was not significant and there was no mortality benefit.

Bach was critical of another study run by Gilead that lacked a placebo group, instead comparing two different durations of remdesivir treatment. He called the decision “frustrating.” Gilead has said that the decision was driven by limitations on its ability to produce vials of placebo that would have resembled the medicine.

In a statement Friday, the company said results from a study that compares remdesivir to the standard of care in patients with moderate illness will be available by the end of the month.

One Egg Per Day Is Heart-Healthy, After All

They have ‘Alzheimer’s brains’ but no symptoms. Why?