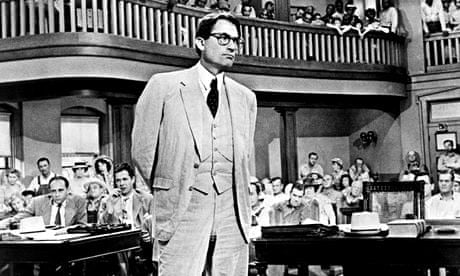 Academics and writers have reacted angrily to plans to drop classic American novels including To Kill a Mockingbird and Of Mice and Men from the GCSE curriculum as a result of the insistence by the education secretary, Michael Gove, on students studying more British literature.

The new English literature GCSE syllabus to be published this week by OCR, one of the biggest UK exam boards, will leave out Harper Lee’s Pulitzer-prizewinning 1960 novel of racism in the American south. John Steinbeck’s Of Mice and Men, and Arthur Miller’s play The Crucible – in which the Salem witch-hunts serve as a metaphor for McCarthyite anti-communist zealotry – will also disappear from the list, according to the Sunday Times. Another exam board, Edexcel, is expected to follow suit.

Although a statement from the Department for Education insisted that it was not banning anything, Paul Dodd of OCR attributed the change directly to the education secretary. “Of Mice and Men, which Michael Gove really dislikes, will not be included. It was studied by 90% of teenagers taking English literature GCSE in the past. Michael Gove said that was a really disappointing statistic,” he told the Sunday Times.

Christopher Bigsby, professor of American studies at the University of East Anglia, and the biographer of Arthur Miller, said the “union jack of culture” was now fluttering over Gove’s department.

“These works are to be rejected in the name of a more nationally centred syllabus, and this from a confessed admirer of rap. As the home secretary does her best to patrol our borders to keep out international students, who she regards as immigrants, so the GCSE syllabus is to be kept for the English for fear that Romanian novels might move in next door.”

The move provoked a furious reaction on Twitter, with the hashtag Mockingbird trending. The actor Mark Gatiss, co-creator of the BBC drama Sherlock, tweeted: “Since when was the wretched Michael Gove allowed to dictate what children read? This man is a dangerous philistine.”

Bethan Marshall, a senior lecturer in English at King’s College London and chair of the National Association for the Teaching of English, said the list could put children off continuing English literature to A-level. She said: “Many teenagers will think that being made to read Dickens aged 16 is just tedious. This will just grind children down.”

Marshall said schools would be depressed by the new syllabus. “It’s a syllabus out of the 1940s and rumour has it Michael Gove, who read literature, designed it himself.”

Last year, Gove, who has said children should be reading 50 books a year from the age of 11, told a conference of independent school heads that he would much prefer to see a child reading George Eliot’s Middlemarch than one of Stephenie Meyer’s Twilight vampire novels.

The actor and writer Emma Kennedy tweeted: “But why would Gove want children to learn about tolerance and doing what is right rather than what is popular?”

The Department for Education said: “In the past, English literature GCSEs were not rigorous enough and their content was often far too narrow. We published the new subject content for English literature in December. It doesn’t ban any authors, books or genres. It does ensure pupils will learn about a wide range of literature, including at least one Shakespeare play, a 19th-century novel written anywhere and post-1914 fiction or drama written in the British Isles.

“That is only the minimum pupils will be expected to learn. It is now up to exam boards to design new GCSEs, which must then be accredited by the independent exams regulator Ofqual.”

The direction on the syllabus content published by the department last year, and which exam boards must follow, specified: “Students should study a range of high-quality, intellectually challenging, and substantial whole texts in detail. These must include: at least one play by Shakespeare; at least one 19th-century novel; a selection of poetry since 1789, including representative Romantic poetry; and fiction or drama from the British Isles from 1914 onwards. All works should have been originally written in English.”

The exam boards – and indeed individual schools – are free to add any extra books they see fit, but the new rules have left them very little room for any 20th-century writing from outside Britain.

Although pre-20th century literature will now dominate, Anita and Me, Meera Syal’s 1996 story of a British Punjabi girl in the Midlands, and DNA, Dennis Kelly’s 2007 play about bullying, are understood to have made it on to the list.

Expert view from Christopher Bigsby: Gove pulls up the drawbridge

It’s good to see the union jack of culture fluttering from education central as Michael Gove proposes the omission from the GCSE syllabus of Arthur Miller’s The Crucible, John Steinbeck’s Of Mice and Men, and Harper Lee’s To Kill a Mocking Bird. What possible value, after all, could such texts have? The Crucible concerns a man who stands up against a ruling ideology, rejects expediency and denies the right of those in power to determine his actions. Ah, well, perhaps I see. But isn’t this the education secretary who, in speaking of the history syllabus, insisted that he was not going to come up with any prescriptive lists?

Of Mice and Men, meanwhile, has at its heart the poor and learning disabled, a little too reminiscent, perhaps, of those currently being hit by the bedroom tax and urged out to work by a private company with a clipboard where others have a heart. To Kill a Mockingbird deals with sexual violence against women and a man whose colour puts him in trouble with the police and the justice system, something that we know, of course, does not occur.

In fact, these works are to be rejected in the name of a more nationally centred syllabus, and this from a confessed admirer of rap. As the home secretary does her best to patrol our borders to keep out international students, whom she regards as immigrants, so the GCSE syllabus is to be kept for the English for fear that Romanian novels might move in next door.

Outside the school gates is a cosmopolitan world, revelling in the different cultures and histories that have become part of the story of these islands. Within them, it seems, we can preserve this island race, untroubled by other perspectives.

Of course we should teach important works of English literature, but a glimpse of an alternative world view has its value. What will the fate of another GCSE favourite be: The Diary of Anne Frank? A straight swap with LP Hartley? And what of art? Will Cézanne have to make way for John Sell Cotman?

‘Students have a bad name’: how cities are healing the town v gown divide | Education

The Definition Of Asynchronous Learning –

Girl Scouts is Fueling the Future of STEM