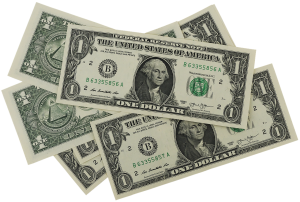 Pictet Alternative Advisors has raised more than $1.16bn for the final close of Monte Rosa V, its latest in a series of diversified, multi-manager private equity fund of funds.

The vehicle is about 1.5-times larger than the firm’s $815m predecessor vehicle closed three years ago.

Monte Rosa V will invest mostly in North American and European buyout funds, as well as making some investments in China, Australia and the emerging markets, and other strategies such as venture capital, growth and turnaround.

Around 20% of the fund will be deployed in co-investments and secondary transactions. At the time of closing, the programme was 50% committed.

Maurizio Arrigo, Head of Private Equity at PAA, said, “The capital raise represents an important achievement for Pictet that positions us as a leader in the global private equity sector, capable of attracting both high net worth individuals (HNWI) and traditional institutional investors.

“As this fund is 1.5 times bigger than its predecessor which we closed in 2017, this successful fundraising reinforces the im

PAA created the Monte Rosa franchise in 2008, and launched Monte Rosa I with the aim of offering private equity to a wider range of clients.

Today PAA manages $15.5bn in private equity, of which $12.5bn is in segregated accounts and $2.9bn in the Monte Rosa commingled fund of funds programme.

Mature programs have generated an annualised net IRR above 13%, the firm said, and a net total value to paid-in of 1.65x.

Since its debut, almost 30 years ago PAA has committed to more than 150 private equity funds and participated in 155 co-investments, of which 90 were realised generating a multiple of 2.70x on invested capital.

Sharp drop in new listings in April, increase in time it takes to sell a home

Sycamore Partners tries to back out of $1.1bn Victoria’s Secret deal over coronavirus response – report

Job losses in March could be the worst in a decade, and that’s just the beginning