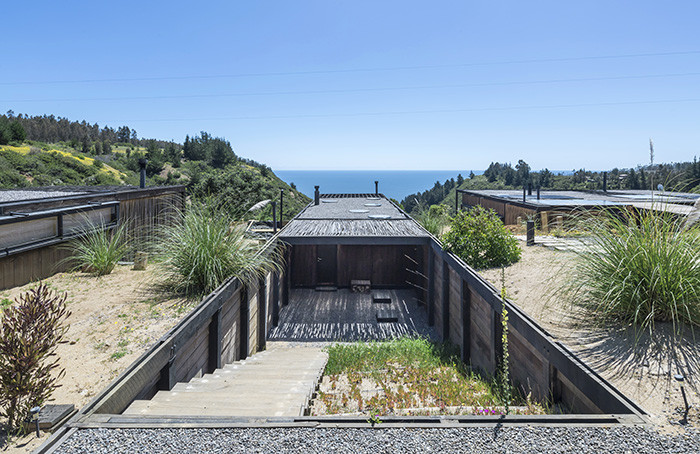 Text description provided by the architects. The brief was to build a set of cabañas for a couple of surfers and musicians, with the main cabaña as the house.

The driving idea behind the project was to generate semi-buried volumes placed at the start of a steep cliff, to achieve a sense of vertigo on the terraces. The visual focus and orientation to the west lies on the same axis as the cliff, with views framed by the surrounding hills.

The idea was to ensure that the views of the neighbors behind the house were not interrupted, allowing a connection between the natural terrain and the roof of the main house.

The modulation of the wooden structure in two-meter modules embodies the economy of the project. The predominantly used materials are local pine and glass, which create a light, easily constructible structure.