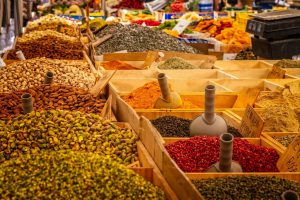 Blockchain and tokenisation venture capital investment specialist Spice VC is looking to raise up to $100m after opening its second round of fundraising.

Funds from the second closing will go into the same pool as the funds from the first closing of Spice, which took place in 2018.

Spice says it is “well on the way” to achieving its target by the end of October, with major institutional players already committing.

The firm says it has better than 65% unrealised gains in its first two years of operation.

Spice most recently announced that it is the first digital security listed on the Fusang Exchange, Asia’s first fully regulated digital securities exchange.

Its portfolio includes 15 companies within the blockchain and tokenization ecosystem, including INX, Archax, and Ripio.

Spice founder and managing partner Tal Elyashiv was the former CIO at Capital One, CIO at Bank of America, COO at BondDesk and CTO & Head of New Business at 888, in addition to being the founder of Yallo, Exactor, Navion and Securitize.